The War Thunder game is still very popular in 2023, with 50,000 average players and a peak of 76,204 on March 31. The game focuses on military aviation, featuring military vehicles and aircraft with cutting-edge modern capabilities. The credit goes to the game developers for providing diversity in choosing the perfect vehicle for gameplay. Below is a detailed list of all nations and their planes and tanks for you to choose from. 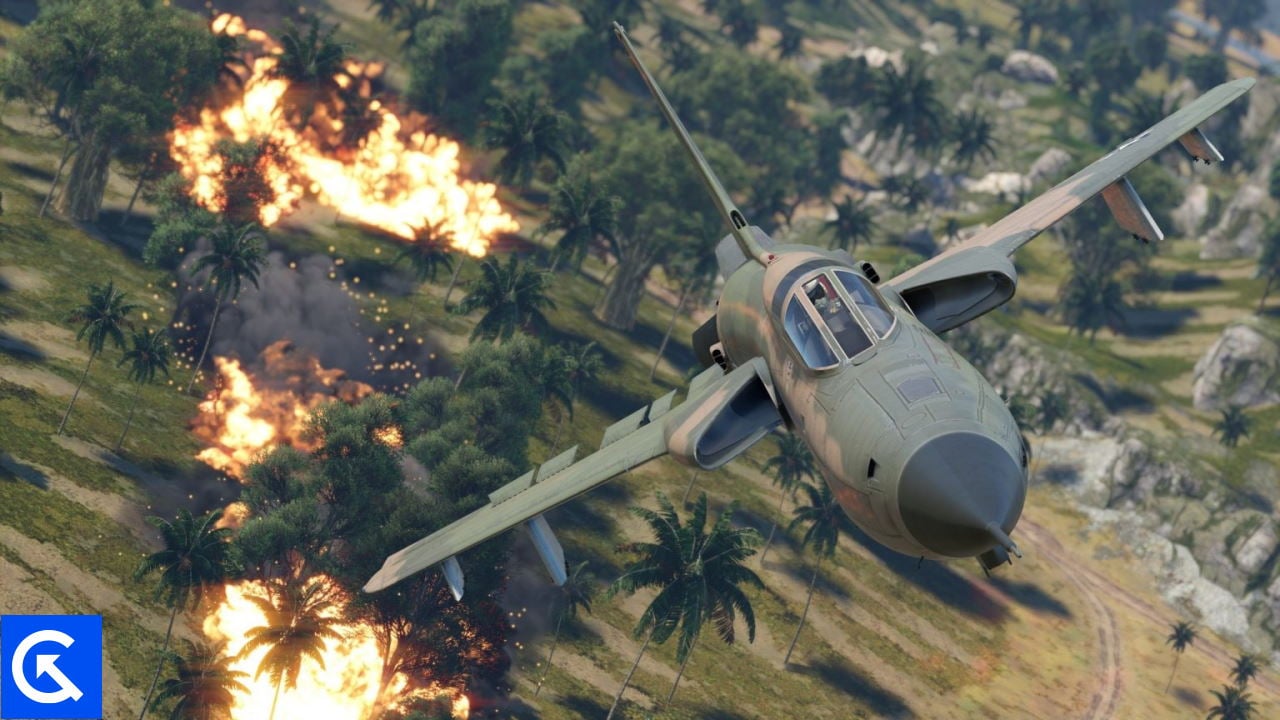 The A+ tier comprises the best planes, the strongest and most balanced in all aspects of the game. Players can play the game with these nations as per their choice, and they can be dominant. New players can easily obtain these Tier 1 nations and be lethal on the battlefield.

The A Tier comprises good planes with different capabilities. In this tier, some planes are good at armour while others are good at attacking and defence mechanisms. However, when it comes to the battlefield, all planes are equally worthy. This tier provides many options to choose from in the tech tree.

The B Tier comprises average planes. They have very few or very minimal qualities, and some are very situational. These planes are not designed to handle every situation that may arise during gameplay; you should not rely on them. The planes in this tier are generally small, offer no armour, and can be easily destroyed by the enemy player. They have decent speed, which keeps their value in the game sustainable.

War Thunder offers nine planes to play as nations. They are the USA, Germany, Russia, Great Britain, Japan, China, Italy, France, and Sweden. Among all the planes, some are strong, and some do not offer good gameplay and will waste your gameplay time. This guide will help you choose the best Plane nation in War Thunder. The following is a brief overview of Plane Nation: 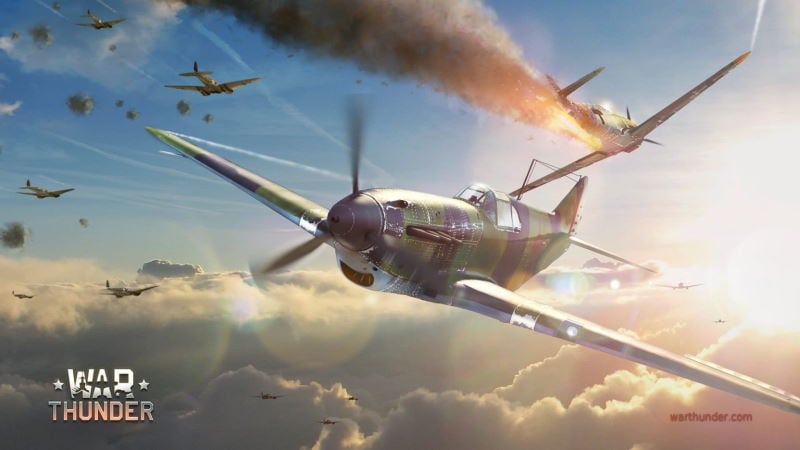 USA Nation has 154 aircraft in total. Almost every plane in the United States carries 50-calibre or 12.7-mm missiles and machine guns. Players can witness excellent lineups for aircraft, especially in later ranks. The defence and attacking mechanisms are pretty good, and players can easily take down enemies. When it comes to climbing, they are not much better than German aircraft. While in the air, the United States provides above-average air support and destroys enemy bases. 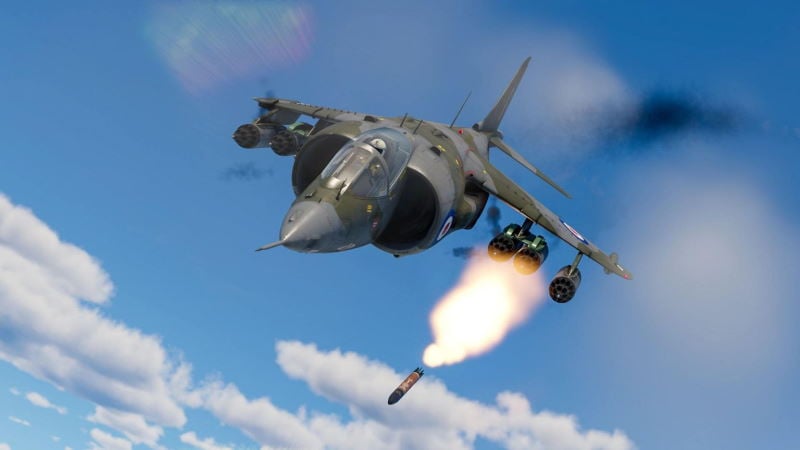 Germans have an incredible amount of energy when it comes to aircraft. Even in the early ranks, players have a plethora of options for selecting the best planes. German aircraft have cannons with numerous modifications, including 13-mm machine guns. Example: BF 109. They also offer gun pods and better zoom tactics. 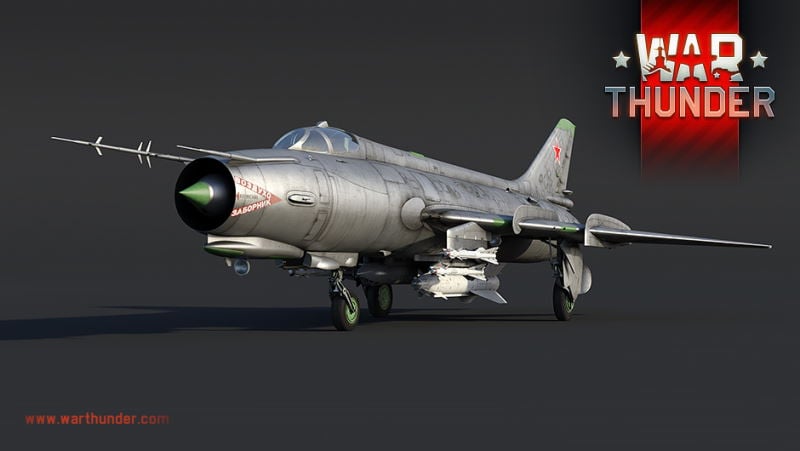 If you wish to choose a perfect nation for your first gameplay in Plane Nation, Russia will be a good start. They offer the best low-altitude fighter planes, medium bombers, heavy bombers, and ground attackers. Large aircraft have an unlimited ammunition-carrying capacity. One disadvantage to Russian aircraft is that they can sometimes not withstand Spitfires.

The United Kingdom has 127 aircraft in total. They offer spitfires, considered one of the hardest hitters in War Thunder. Sometimes, when you climb to a certain altitude, your engine may get heated up, so you must maintain and pace yourself accordingly. Britan’s planes are quite easy to play but not ideal for new players. 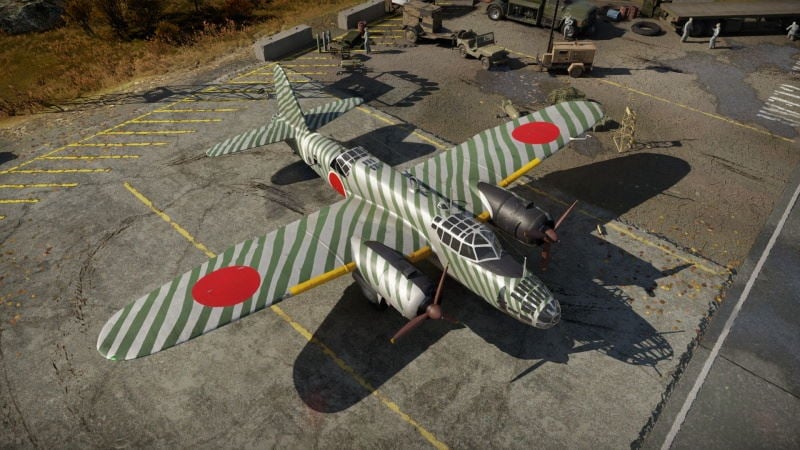 Japanese planes have one of the best defences and attacking mechanisms. They are light in weight and excellent climbers. Japan Plane Nation does not offer planes with high speeds, so they lose against fighter aircraft with higher speeds. They offer aircraft with medium cannons and machine guns. 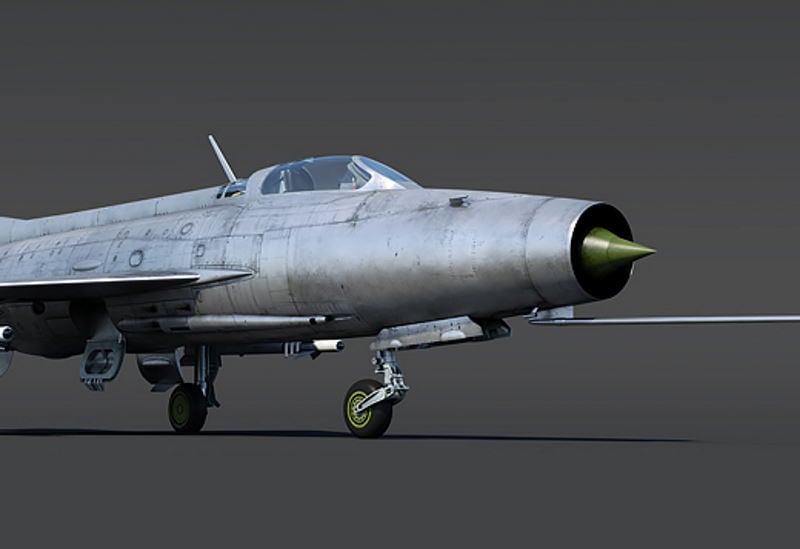 China’s aircraft lineup is a mix of nations like the USA, Russia, and Japan. They are either borrowed or captured from other nations. China will be a great choice if you have trouble choosing a nation.

Italy’s aircraft comes with a greater force. They offer a premium vehicle, the premium choice for most players named G.55S. The planes can be used in any type of battle and will also dominate it. They are good at close air support and can be equipped with lethal cannons.

The French aircraft are mostly borrowed from the US lineup, so you don’t see many different aircraft in this nation. They have good boom and zoom tactics, as well as a bomber that is good, better, and best. Some planes carry machine guns and cannons, so they are not bad either. 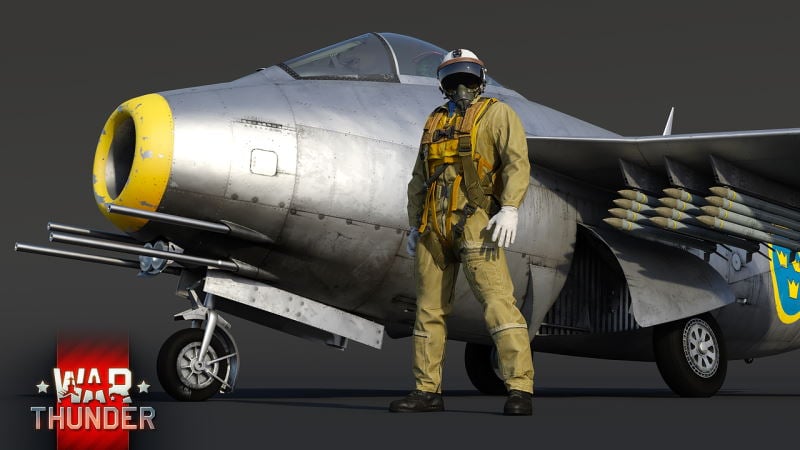 The Swedish aircraft offer a good lineup, for example, the A21-A3 and the J21A-2. However, the nations lack aircraft for close support; hence, they are good at close range. The firepower is also not up to par in starting lineup, and the repair prices for the aircraft are too high at higher levels. Players mostly do not consider it beginner-friendly.

The A+ tier comprises the best tanks, which are the strongest and most balanced in all aspects of the game. Players can play the game with these nations as per their choice, and they can be dominant. New players can easily obtain these Tier 1 nations and be lethal on the battlefield.

The A Tier comprises good tanks with different capabilities. In this tier, some tanks are good at armour while others are good at attacking and defense mechanisms. However, when it comes to the battlefield, all tanks are equally worthy. This tier provides a plentiful number of options to choose from in the tech tree.

The B Tier comprises average tanks. They have very few or very minimal qualities, and some of them are very situational. These tanks are not designed to handle every situation that may arise during gameplay, and you should not rely on them. The tanks in this tier are generally small, offer no armor, and can be easily destroyed by the enemy player. They have decent speed, which keeps their value in the game sustainable.

The C Tier comprises the worst tank nations in the game. Except for a few truly exceptional tanks, Chinese tanks provide no advantage on the battlefield. It’s not like all tanks are bad; some of them are good and can be considered. Choosing China as a tank nation may result in defeat during gameplay.

War Thunder also offers nine tanks to play as nations. They are the USA, Germany, Russia, Great Britain, Japan, China, Italy, France and Sweden. Among all the tanks, some are strong, and some do not offer good gameplay and will just waste your gameplay time. This guide will help you choose the best tank nation in War Thunder. The following is a brief overview of Tank Nation: 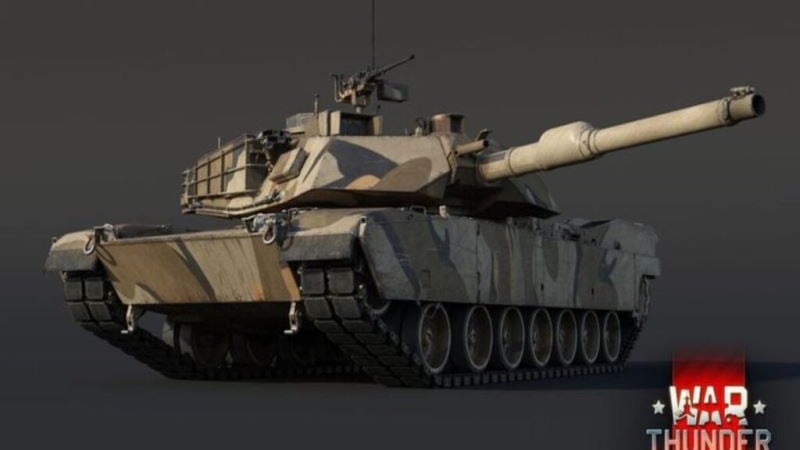 This country has an abundance of medium tanks but not enough heavy tanks. They are well-rounded tanks with mostly good armour and firepower. The light tanks in the United States are more mobile and numerous than those in other countries.

It also has the T95 and T28, which are super heavy and have different armour mounts and cannons, and also has powerful open tank destroyers. These open tanks have turrets, which is something that other nations like Germany and Russia do not have. The mid-tanks can fire accurately up to 24 kilometres per hour while moving, which is a huge advantage when used properly.

They have excellent armour and high-explosive penetrating ammo. The tanks in USA nation offer good, reliable all-rounders; they can flank tanks when angled properly and spank enemies pretty well. If you like to play with medium tanks, they have the best ones. They offer good stabilizers when tanks are moving faster, unlike other nations. 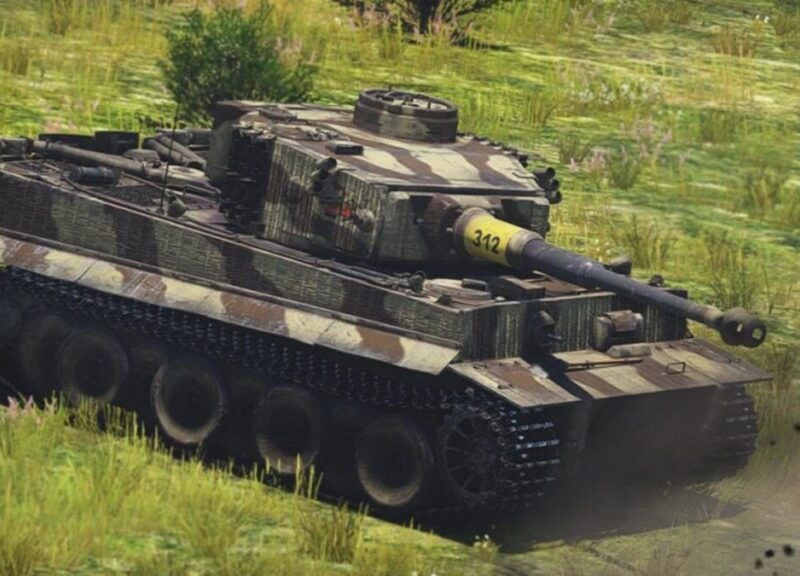 Germany provides the most accurate high-velocity guns for their tanks. Despite the size and weight of the tanks, many of the 40+ tonne tanks, including Panthers and Tigers, move as though they were very light. They do not have turrets and are typically lower to the ground, but they have better armour and a more powerful cannon. They have heavy armour and firepower.

Germans have a lot of heavy and medium panzers, panthers, tigers, and leopards. They also have some low-weight tanks that are not up to the mark. This nation is suitable for any mission, as each tank is proficient in nearly every aspect of the game. But players have to learn to position their tanks efficiently to reduce the damage taken. 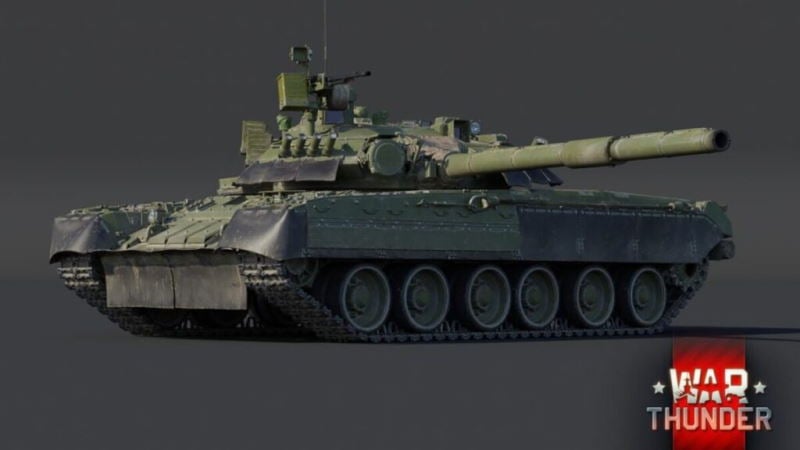 The Russian tanks are powerful, efficient, fast, and full of power. There are an estimated 135 tanks in Russia and they offer gameplay in a balanced manner. Russian tanks are heavily armoured as well as accurate.

Players can ride all sorts of tanks, like anti-air, anti-tank, medium, or heavy ones, and they are good at both defending and attacking. Russian tanks, unlike German tanks, are built with a slope and can easily withstand damage. 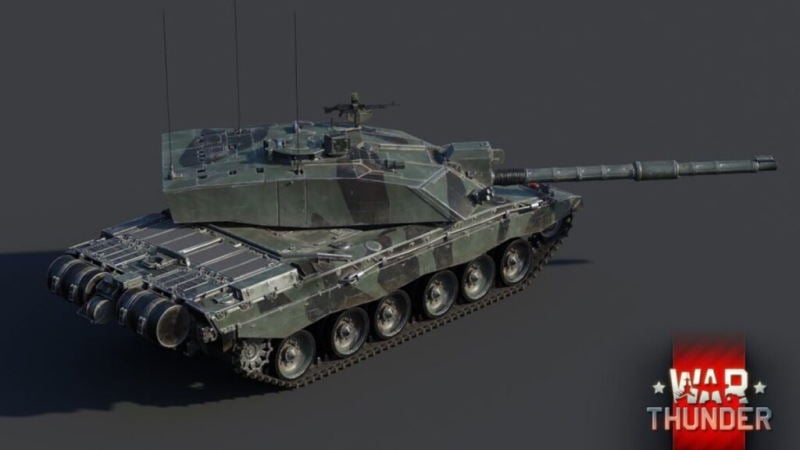 It has one of the largest tech trees in all of War Thunder, so you get plenty of options. They offer heavy and bulky tanks as well as light tanks and fast-runner tanks. The tanks have high penetrating power and explosive firepower.

The tanks have high penetrating power and explosive firepower. Players require a good weapon to take down their enemies. Tank support positions for capture, as well as some additional tactical advances. This tank nation is only for players who have prior War Thunder experience. 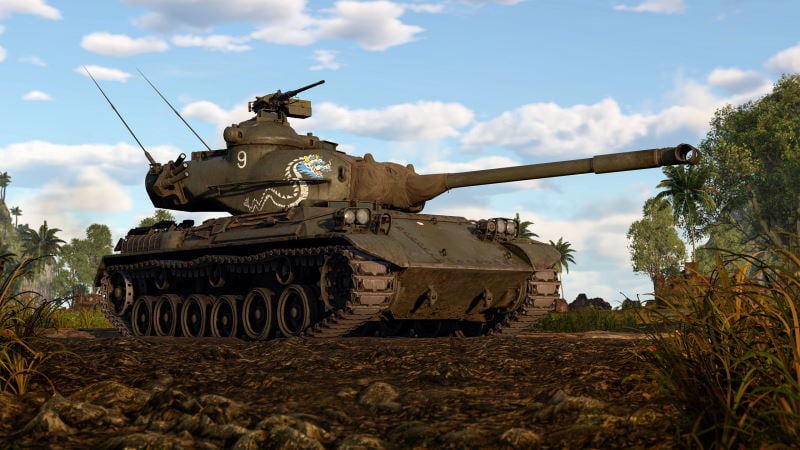 They are not fast and can be attacked by enemies easily. There are very few tanks in Japan’s national tech tree. They have decent cannons, which pretty much do the work. 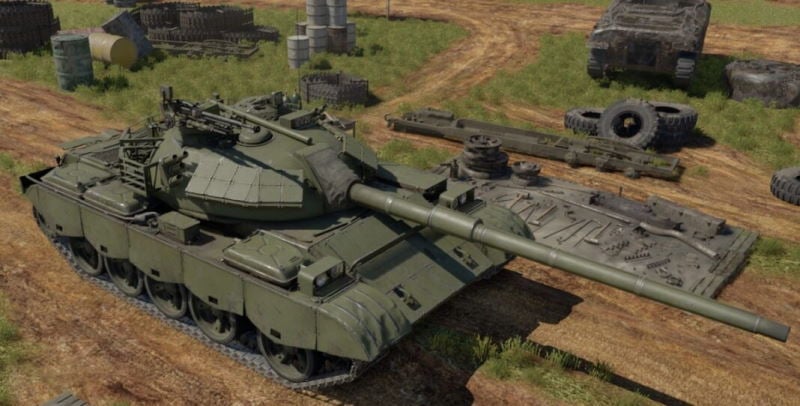 China has a variety of semi-native light tanks as well as mid-to-high tanks. They have lots of medium tanks and a lot of good all-rounders. Players can easily capture points, kill enemies, and take damage depending on their preference. The tank’s lineup is noticeably copied from different nations, making the game less enjoyable for the players. 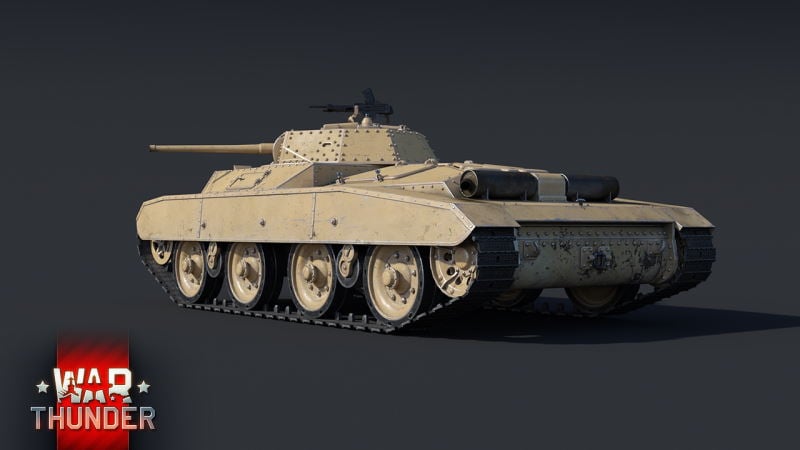 They have wheeled vehicles and are lightly armoured, including advanced vehicles as well as a good number of familiar American tanks. Italy is excellent at capturing points and flanking. Their light armour limits their frontline effectiveness, but they are kings on urban maps with paved roads. They have very little armour and defence, so they are mostly outplayed. 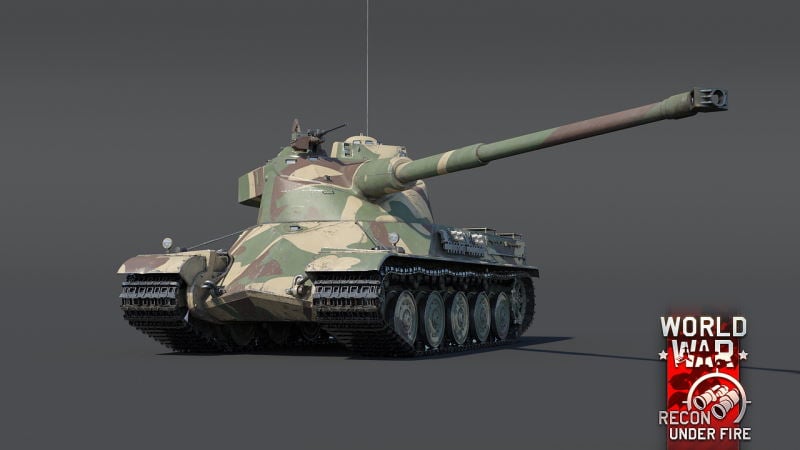 France has powerful cannons, though they can be inaccurate at times. They have a few World War II-era vehicles for obvious reasons. The offered tanks have decent speed and also possess a good arsenal. France’s Tanks are balanced from lower to higher tiers, making them excellent all-rounders.

The Swedish nation’s tanks are based largely on defensive doctrine. They have relatively light armor and unique tank designs. They are generally fast tanks, but not too agile, as they do not turn well. The Swedish role is to play a very effective defensive role while also being a powerful offensive tool. Swedish tanks can be used to ambush enemies and perform hit-and-run tactics.

This brings us to the end of this War Thunder best plane and tank nation 2023 list. Since the game is quite challenging, choosing the correct vehicle for your battles is important. If you wish to choose the best, then only choose nations from the A+ tier list, as they are the most powerful and can carry ready ammunition, assisting you with a victory every time you use them.