Google seems to be in high spirits for bringing new system updates across all its OS platforms. to the public. While Android P developer preview 2 for smartphones is already rolling, now  Google drops the second Developer Preview of Wear OS. After the rebranding from Android Wear to Wear OS, Google seems to be more inclined towards bringing in more features and system updates for the smart wearable OS.  Speaking of which Wear OS Developer Preview 2 Images are also available for download.

The preview versions are mostly meant for developers and not usually suggestible for daily or consumer use. So, the Wear OS Developer Preview 2 Images are only available via manual downloading and flashing. You can find the link to the images below. Currently, the wear OS 2nd dev preview can only run on Huawei Watch 2/Watch 2 Classic. 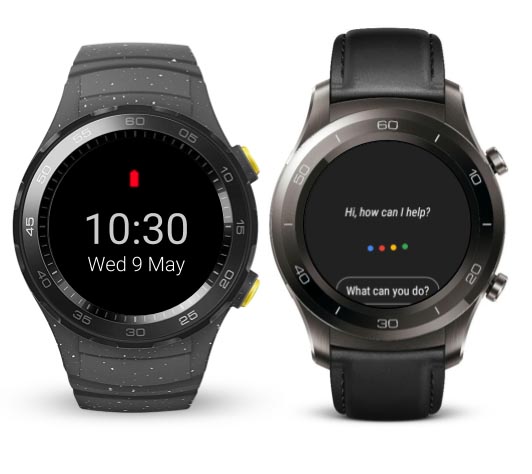 The primary attraction is the Action-of-Google and an all-new battery saver mode. What it does is, turns off radios, the touchscreen, and the tilt to wake functionality. Also, the smart replay supports the Chinese language. Recently, after an update, Google Assistant features are now available for Wear OS.

Here is the link for the developer Preview 2 images for Wear OS.

You may also like to check out the Wear OS Devloper Preview 2 Official Release Notes.

Disclaimer: GetDroidTips will not be responsible for any damage to your devices while/after installing these developer preview updates. If you are not a developer, flash it at your own risk.

To flash the developer preview follow this guide from the official sources.

So, that’s about it. If you use the concerned smartwatches then grab and try out the Wear OS Developer Preview 2. Do share with us if you enjoy the new features it brings to the smart wearables.