New Added Story on March 27, 2020: After re-releasing the version V11.0.8.0.QFQMIXM for Xiaomi Mi A3, Today Xiaomi yet again pulled the version without informing the users. We are waiting for the official tweet.

Updated on March 20, 2020: Today Xiaomi’s community forum moderator has acknowledged that there was a bug in the newly released version V11.0.8.0.QFQMIXM for which reason they halted the update. Here is his comment regarding the same.

Ah, ok. There was a rollout, but that was pulled, as it was quite buggy…. you should get a debugged version relatively soon. As I don’t have a schedule, I can’t say more than that.

Updated on March 19, 2020: Xiaomi yet again pulled the new version which started rolling last night to the Xiaomi Mi A3. The update was rolling with new version V11.0.8.0.QFQMIXM is now been halted.

There is no official statement from Xiaomi regarding this, but we have many users who start complaining about this problem. Check some of the tweets here

Yesterday in my phone Mi A3 Android 10 update was available. I was download the update but it can’t installed. I repeated but the result was same. After some time it shows no update available. What is this happening.
Source

What’s wrong with the Mi A3 Android 10 update. I saw the update at first was about to download them it wasn’t there anymore. And even some people that were able to download it are complaining. What is wrong????
Source

Updated on March 07, 2020: Most of the interested Mi A3 users have already disappointed as the Android 10 firmware update was pulled back by Xiaomi due to some of the critical bugs or issues. So, currently, the update has been halted for a while and it’s expected that the official roll-out will start again after March 2020 according to the Xiaomi support team.

Now, talking about the buggy Android 10 update for the Mi A3, those who’ve updated to this version recently, facing some issues like the broken in-display fingerprint scanner, battery issues, etc. So, we will hope for the best and can assume that the update will be rolled out again with improved bug fixes and stability. It’s also worth mentioning that there was a bugfix released for the Mi A3 device. But only for the beta testers and the stable ROM users may have to wait until major issues get solved completely.

We will also include that most of the Android One powered devices receive faster software updates but the Xiaomi Mi A3 seems an exception in this case. So, users should have to wait for a couple of weeks more to get a more clear idea about the stable Android 10 update.

Updated on March 03, 2020: Probably, one of the frustrated users of Android is the Xiaomi Mi A series users and specifically the Mi A3 smartphone users. After keeping the users devoid of the Android 10 update for quite a long time, the Android 10 update was finally rolled out for the users of the Mi A3. The update was rolled out via OTA and in batches and it took the time will hitting all the units. And you might be wondering why your Mi A3 has not got the update while many of your friends have already received it. The answer lies in one of the recent developments, where Xiaomi has cited multiple bugs and errors as the reason behind the Android 10 update being halted for the Mi A3.

You can check out reports by several users of the Xiaomi Mi A3 claiming that the Android 10 update has been stopped and they are unable to receive the update.

Where did it go?

Reacting to all such user queries, Xiaomi support has responded to a user who asked why the Android 10 update is getting stopped in the middle of downloading, to which Xiaomi stated that the Android 10 rollout has been stopped as there are multiple errors in it. The Xiaomi team is working on it and the update will be resumed soon.

So, once again the Android 10 update has been taken away from the Xiaomi Mi A3 users and they probably have to wait for an indefinite time period before the update starts rolling out again. We will keep you in the loop once we have more information in this regard.

Updated on February 29, 2020: Today Xiaomi started rolling the stable version of Android 10 to users around the globe. The update is now live for the Xiaomi Mi A3 users in India with version V11.0.7.0.QFQMIXM. As we speak, the update hits some of the users in India via OTA (over the air) which brings many new features along with with dark mode, focus mode, new digital well being and so on.

If you did not receive the OTA update on your phone, then make sure to reboot and go to Settings –> About Phone and check the new software update under the software update menu. If you have the new update, hit the download button to start updating Xiaomi Mi A3 to Android 10. If not, then head over to our download section and install the update manually.

Changelog doesn’t show anything major except security patch and bug fixes. Probably Xiaomi hasn’t done any update to change their changelog yet. But this update is promising as it brings Android 10 to the table.

GetDroidTips won’t be responsible for any kind of error occurs to your device during or after following the guide. We assume that you’re aware what’re you doing. Do it at your own risk.

Check out the full step-by-step guide on how to Install V11.0.7.0 on Mi A3 via Recovery or Fastboot method.

Hope this guide is helpful to you and you have successfully flashed the Android 10 on your Mi A3 device. If you’re facing any issues or have any queries, feel free to ask in the comments down below.

Updated on February 28, 2020: As we all know that except for the MIUI devices, there is another segment for the Mi A-series devices that releases every year with the Android One powered Stock Android interface. Android One program basically confirms that the devices will get two years of major Android update and three years of security patch update support. But the 2019’s Xiaomi Mi A3 is still in the queue to get the latest Android 10 update. Currently, the Mi A3 gets February 2020 Security Patch update.

As the latest update comes with a software version V10.3.15.0.PFQEUXM based on Android 9.0 Pie via OTA that weighs around 86.4MB in size and rolling out in a phased manner, it may take some time to arrive on all the units. If you don’t want to wait further or haven’t received the Mi A3 February 2020 Security Patch update yet, check the OTA update manually on your handset. It’s quite expected that the upcoming Android 10 update for the Mi A3 gets delayed right now.

Meanwhile, the Xiaomi Mi India Brand Lead Sumit Sonal has tweeted recently that the global outbreak of Coronavirus from China is causing the delay in the development process. So, all the Mi A3 users should wait for some days as the Android 10 update for Mi A3 is in the final stage of certification and there will be good news very soon.

Hey Lalit. Thanks a lot for your patience around the Android 10 update for Mi A3. We are in the last stages of getting the final certification on the update. It is however still pending and delayed due to unforeseen circumstances at a global level. Will keep everyone posted.

However, some of the interested Mi A3 users have denied the statement by saying it’s an excuse only as Google is banned in China. So, there is no point in the delayed development process for Mi A3 as the Indian developers are working on the Stock Android development. 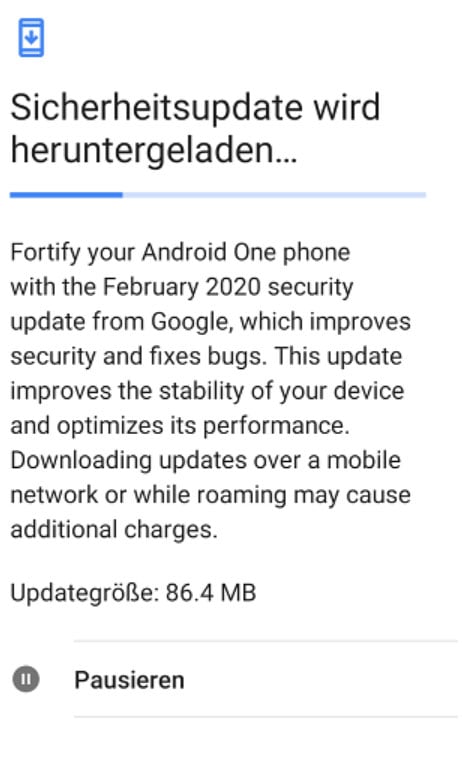 Currently, we can expect that the Android 10 update for the Mi A3 will arrive pretty soon by March 2020. We may have to wait for the official announcement. Till then, stay tuned for more info.

Updated on October 16, 2019: In the year of 2017, the Chinese smartphone manufacturer Xiaomi has launched its first-ever stock Android smartphone called Mi A1 with Android One program support. Android One offers two years of major Android updates and three years of frequent security patch updates to its partnered devices. Last year, Xiaomi has launched another device called Mi A2 as a successor of Mi A1. This year, the Mi A3 launched a couple of months ago with Android 9.0 Pie out-of-the-box. Now, reports are coming out that Xiaomi Mi A3 Android 10 update may arrive this October end.

All the Mi A-series stock Android devices are all-rounder budget segment smartphones that come at a very affordable and competitive price tag. We all know that the Android One based devices run very smoothly even after getting the latest software updates and the optimization seems more perfect than others. Meanwhile, the device hardware performance along with battery and camera is also good enough.

Xiaomi Mi A3 Android 10 update may arrive this October

As the Mi A3 is the latest Android One device by Xiaomi in 2019, the speculations are coming about the update of Android 10. Google has launched Android 10 (aka Android Q) officially in September this year and most of the smartphone OEMs are working on it to deliver quickly.

In the previous month, some of the leaks came out that the Android 10 will arrive on Mi A2 and Mi A2 Lite models in a couple of weeks. But there is no confirmation available by the company yet. Even the Xiaomi support team also mentioned about it. But the Mi A2 series users may have to wait for a couple of months more expectedly.

Similarly, the Mi A3 Android 10 update also becomes a hot topic for every Mi A3 users and on the Mi Forum as well. Meanwhile, the Xiaomi support team claims on a personal chat that the new OS update will start rolling out to Mi A3 at the end of October in 2019. Therefore, we may have to wait for a couple of weeks more to see any update on Mi A3.

However, we can’t rely on the customer support conversation as they also don’t have actual information about any update roll-out process. We all know that Mi A3 and Mi A2 series will soon start receiving the Android 10 update via batches. But the Xiaomi Android 10 update roadmap for Mi A-series devices isn’t officially announced yet.

It’s also expected that the latest Android 10 update of Mi A3 will also bring the latest October 2019 Android Security Patch Level. Till then, stay tuned for more info.