Xiaomi Redmi Note 8T is a midrange device sporting Qualcomm Snapdragon 665 with up to 4GB of RAM and 128GB of internal storage. The device sports a giant 6.3-inch IPS LCD panel with 1080×2340 pixels resolution, Corning Gorilla Glass 5, and Android 9.0 Pie on-board. Furthermore, the phone has a 48MP quad-camera setup with a 13MP selfie shooter. Here’s a page on Xiaomi Mi 9 Pro Android 11 roadmap so do stay tuned to know more.

As per the usual timeline, Google introduces a new version of OS as a developer preview in February followed by several iterations every month followed by two beta candidates. The stable version of Android 11 Q is expected to arrive in Q3 2020 probably between August and September. Once it is released, Xiaomi will take some time tweaking it and soon it will start releasing the MIUI 12 based on Android 11 to eligible devices. 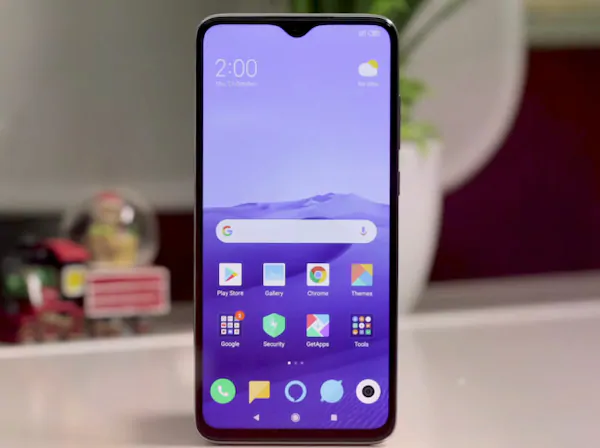 Android 11 is the latest addition to the Android operating systems family. 11th major OS and 18th version, Android 11 was earlier known as Android R with the ‘R’ being a precursor to something delicious as per Google’s nomenclature. However, Google decided to follow a more suitable numbering system and thus, Android Q became Android 10 and thus, Android R became Android 11. It brings a lot to the table so here are a few features that you can check out.

Apparently, Xiaomi serves two major OS update to Note devices. If that holds true for Redmi Note 8T which was released with Android 9.0 Pie, it is likely to get the upgrade. However, there’s no confirmed intel on it yet so there’s hope. It might get an Android 11 upgrade and if that is so, we will update it here on this page whether or not it will receive the upgrade.

In the recent community post, one of the team members said that the Android 11 is not coming to Redmi Note 8 series which is a surprise move. We all knew, Xiaomi always keeps updating their device to their latest version of MIUI. The company promised to deliver 2 major OS updates to its devices in the past. Xiaomi Redmi Note 8 series came out of the box with Android 9.0 Pie and later received the Android 10. If there is more information, we will spill it here in this article. So make sure to bookmark this page.

Update as of November 23: Just like its siblings, the Xiaomi Redmi Note 8T is likely to get Android 11. This comes from a Xiaomi & MIUI News channel on Telegram according to which, the Android 11 for this model is under testing phase. If that’s true at all, Xiaomi might have updated its update policy since Redmi devices get a single OS upgrade. It remains to be seen how credible the information is at this moment. [Source]