Updated on April 14, 2021: Today Xiaomi rolled the March 2021 security patch update based on Android 11 for the device. The update is labeled with software version V11.0.6.0.QFFINXM.

Xiaomi Redmi Y3 made it to the market in April 2019 sporting a Snapdragon 632 SoC along with Adreno 506 GPU, 3/4GB of RAM, and 32/64 of eMMC 5.1 internal storage. The midrange device arrives with a 6.26-inch IPS LCD panel boasting 720×1520 pixels resolution. Furthermore, it sports a dual rear camera setup and a single front camera setup arranged in a U-shaped notch. The phone comes preloaded with Android 9.0 MIUI 11. Here’s an update on Android 11 for Xiaomi Redmi Y3 so do read it. 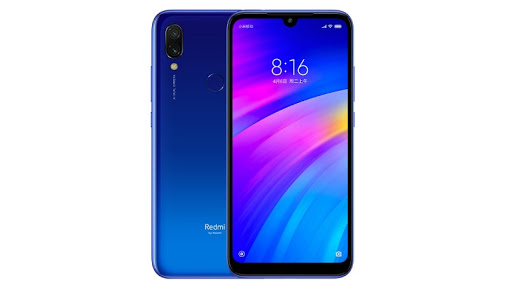 Every year, Google pushes a new Android OS (and tonnes of minor updates). Starting with February when Android 11 Developer Preview 1 was rolled out, the company will release a total of 7 iterations before perfecting it and releasing a stable version of Android 11 sometime in Q3 2020. This is where Xiaomi will tweak it, add a few features, and a great MIUI skin among others, and launch it at the end of this year.

Android 11 boasts a string of features that are either improved versions of what we have seen with previous iterations while many are limited to Android 11 and will be boiled down to MIUI 12 (based on Android 11) as well. Here’s what’s interesting about Android 11 Features.

Xiaomi hasn’t confirmed the list of smartphones that will get Android 11 at this moment. However, considering the update cycle that it has followed over the years, it can be deduced that Redmi Y3 might not get Android 11 since Redmi phones are subjected to receive a single major OS upgrade unlike the Redmi Note or Mi series.

On the other hand, Xiaomi has already confirmed that Redmi Y3 will get MIUI 11 based on Android 9/10 that it is currently on which gives you access to a whole new world of features but there’s no date attached to it as well. We will update its status on Android 11 once something is official from Xiaomi’s end so do stick along to know it.

Update as of July 13: Xiaomi Redmi Y3 is now getting Android 10 based on MIUI 11. Note that it isn’t a beta rollout and instead, Redmi Y3 is getting a stable MIUI 11-based Android 10 in China for now. Check out for the software version V11.0.1.0.QFLCNXM that should be available as an OTA update. For all those eagerly waiting to strap onto the Android 10, they can download the Android 10 China Stable version here.