Samsung not only revamped its flagship lineup, but also the company wants now to bring forth more affordable and powerful mid-range smartphones for users. The company has been blamed at times for overpriced mid-range smartphones, but with the launch of the Galaxy A series, the company brought in some powerful phones for the price range. One of the Galaxy A series phones, the Galaxy A20s is now ready to receive the Android 10 (One UI 2.0) update. In this post, we will give you the links to download the latest Android 10 update that also tags along with the One UI 2.0 update for the Galaxy A20s.

Note that the Android 10 update was revealed back in 2019 and now is almost a year old. Google is already prepping up for the release of the Android 11 update and has made the Android 11 Beta 1 update live for the users. Samsung has been at the forefront in releasing the latest firmware updates as soon as it was made available but thanks to its huge portfolio, Samsung is yet to call the Android 10 update rollout complete. With the help of this post, you will be able to upgrade your Galaxy A20s with the latest Android 10 One UI 2.0 update. So, that being said, let us take a quick look at the article itself: 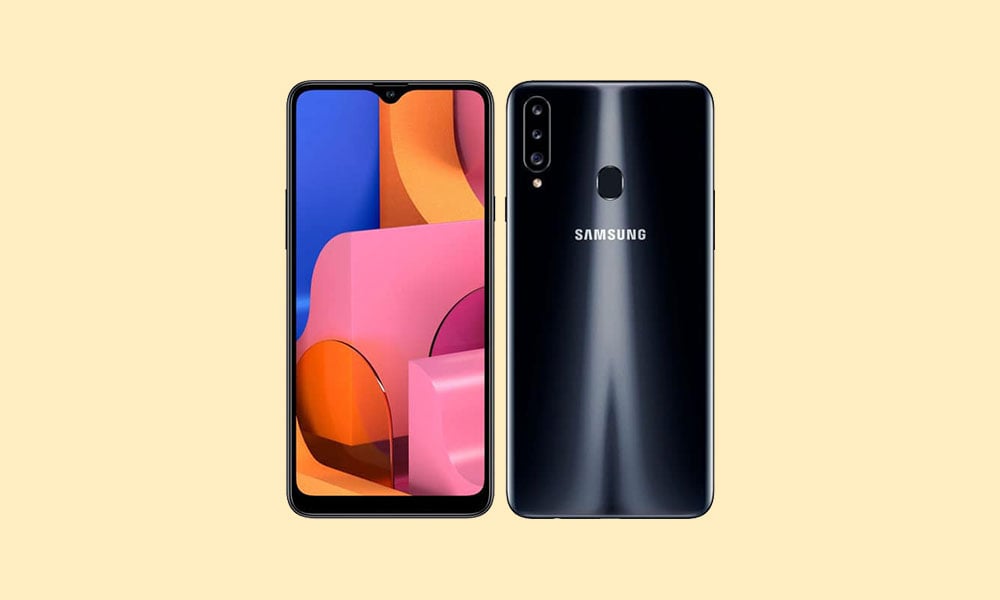 As the first thing to notice was that Google ditched its tradition of naming the Android OS after desserts and will go by the version number from now on. Google also changed the shade of the Android logo to a new lighter shade of green and changed the logo to a half head of the Droid bot. Moreover, the other highlights of the Android 10 include Digital Wellbeing, system-wide dark mode, live caption, smart reply, new gesture navigation, enhanced location control, Focus Mode, family link, and much more. Here is the in-depth explanation of the features:

Samsung ditched the TouchWiz UI and came with the One UI with the Android 9 Pie. This new custom UI was meant to make the user interface cleaner, sleeker, and more convenient for the Samsung Galaxy users. As the name suggests, One UI is meant to make the one hand operation better, and you will see certain changes made in the UI by Samsung that enables better one-hand operation. The latest version of the UI is the One UI 2.0 which is based on Android 10 and brings in a lot of new features for the users. Google’s new navigation gestures, new camera UI, in-built screen recorder, Digital Wellbeing, dark mode, enhanced privacy features, new audio, and video codecs, etc. This makes the One UI 2.0 a worthy upgrade as users will love the new changes and features that this new custom UI has to offer.

Steps to Install Samsung Galaxy A20s Android 10 with One UI 2.0

Before installing the Galaxy A20s Android 10 (One UI 2.0) update, make sure that you take a look at the list of pre-requisites that are required for a smoother installation process:

Before we begin with this guide, I would strongly recommend you follow the steps mentioned in this post very carefully to avoid permanent damage of your device. If anything goes wrong the author or GetDroidTips is not responsible for it.

You can also watch our complete video explaining the steps mentioned above, for your reference:

So, there you have it from my side in this post. I hope you guys liked this post and were able to install the Android 10 (One UI 2.0) update on your Samsung Galaxy A20s. Note that the steps above here is only for the Galaxy A20s and should not be attempted for any other phone. Let us know in the comments below if you faced any issues while flashing the update on your phone. Until the next post…Cheers!