Android 13 is the latest or you can say an upcoming official Android OS iteration by Google which is a successor of Android 12. The fact is that Android 13 OS isn’t publicly available yet with the stable release at the time of writing this article but interested & eligible users can simply opt-in to the public beta build to get an early taste of it. To make it more clear, we’ve shared with you more info about the Android 13 Release Date, Features, and Supported Devices.

As discussed, Android 13 is the major mobile operating system version of Android that comes with plenty of improvements, new features, stability, privacy, and visual aspects to blow your mind. Android OS developers release a new version every year with a couple of developer preview builds initially and then switched to the public beta builds which are more stable. Then the official stable version gets released around August – September to the public and OEMs. 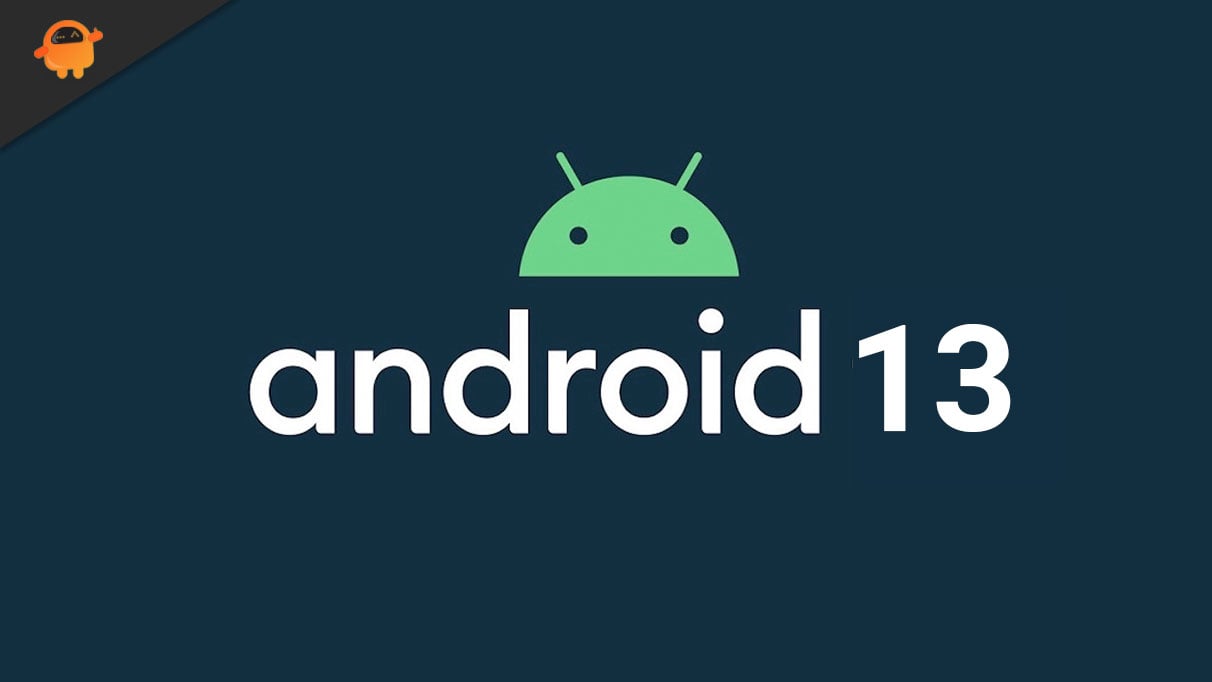 What is Android 13 and its Release Date

Though Android 12 is currently the official stable operating system across most of the OEMs and eligible device models, it seems that plenty of eligible Google Pixel device owners have already started using the Android 13 public beta build. Google has decided to keep the codename of Android 13 OS as ‘Tiramisu’. It offers the improved Material You (U) theme design, enhanced privacy & security options, language preferences, and so on.

Talking about the Android 13 OS release date, it got released in February 2022 with the Developer Preview build initially. Then the second DP2 build did arrive in March and currently, it’s having the Public Beta 1 build. We’re expecting that Google will come up with a Beta 2 build soon with more features and improvements. It’s also expected that the Pixel 7 series smartphones will be the first ones to have Android 13 out of the box by Google.

Though the initial developer preview builds may come with multiple bugs or stability issues, the more public beta builds arrive at the users, the more stable it’ll be in the upcoming weeks or so. That means there is no hurry to get on board even if your device is eligible to get the Android 13 beta right now. Have some patience and it’ll be worth waiting. We should also mention that Google has scheduled the annual Google I/O 2022 developer conference on May 11.

Once a couple of public beta builds are released during the months of April to May in Q2, we’ll be able to see platform stability updates from June to August when all app-facing surfaces and behaviors become final for the Android app developers. So, the app developers can work on the visual elements, performance stability, and system behaviors to finalize the app compatibility with the latest Android OS. Finally, the stable version may release in Sep 2022.

In terms of the Android 13 Beta 1 (public beta), it seems that the Android 12’s successor has plenty of additional features and improvements to its predecessor. We’ve already seen and used the major UI and design element changes in Android 12 last year which is known as ‘Material You’. This materialistic theming design enhanced the Android user experience in every aspect from the minimal subtle look, rounded corners, improved pop-ups, etc.

Here we’ve shared most of the highlighted features of the Android 13 OS that might come in handy in your daily life usage and you should know about them. So, without further ado, let’s get into it.

Improved Material U Themes and Icons

Just like you’re using the theming option on your Android 12 device, the same way you’ll be able to use the theming options and app icons on Android 13 too. However, the performance and improvements are obviously there to serve you better. Google shared the screenshots above when it launched the first developer preview. It appears the 2022 version of Android will allow you to theme your icons just like you theme the rest of the operating system with Android 12.

As per reports, Android 13 includes a couple of themed experiences like TONAL_SPOT, VIBRANT, EXPRESSIVE, and SPRITZ. While the first two options are almost similar, the rest of the two options are quite eye-catching. ‘Expressive’ seems to have vibrant colors opted from the wallpaper and ‘Spritz’ have the grayscale or neutral effect.

As the name suggests, the themed app icons feature will allow the Android 13 users to have the system-wide palettes for the Material U design. Depending on the theme and wallpaper changes, the system will automatically pick up app icons to suit the visual appearance.

Android’s existing document picker is now improved with the photo picker feature on Android 13 that allows users to capture ‘a standard and optimized [sic] way for users to share both local and cloud-based photos securely’. It also requires permissions to access all photos and videos on your device storage to let the user access shared media.

Nearby Device Permissions for Wi-Fi

The new addition of the NEARBY_DEVICES_RUNTIME permission on Android 13 will let apps discover and connect to nearby devices quite easily. It doesn’t require location information permission separately.

New APIs for app developers will help to make custom tiles for the device screen to fit within the quick setting section under the notification shade.

If you prefer to use multilingual options on your Android device then Android 13 will make you happy. A feature codenamed ‘Panlingual’ allows users to specify language settings on an app (individual app) for a better user experience.

To recall, the ‘Project Mainline’ feature focuses on the Android updates and security patch updates on devices quite faster via OEMs with the help of Google Play System updates. So, you don’t need to wait for the traditional OS updates which obviously take much more time than the Project Mainline support.

Android 13 users can now be able to opt-in or opt-out of app notification permissions while launching the application for the first time. That means if you’re not interested to receive notifications from any specific app, you can block the individual app notifications quite easily.

Last year, one of the known leakers Mishaal Rahman tweeted that Android 13 may support the fully-fledged Bluetooth LE (Low Energy) Audio feature. So, the Bluetooth audio devices will run much smoother and more stable on Android 13 than on the previous generation Android versions.

Android 13 may be the first release to add full support for Bluetooth LE Audio.

Google recently merged an LC3 (the LE Audio codec) encoder and is adding the codec as an option in settings. It'll be the highest priority A2DP source codec.

Well, the MIDI 2.0 support for the Android 13 devices will allow USB devices for ‘increased resolution for controllers, better support for non-Western intonation, and more expressive performance using per-note controllers’. Will come in handy for musicians and music producers.

According to multiple reports, Android 13 offers excessive background battery usage notifications to the users so that they can easily understand and take necessary actions to stop using the battery excessively.

More Colors for Material You Theme

Material You theme now offers more in-depth color palettes to the Android 13 users for picking up colors without any limitations depending on which wallpaper you’re using.

You can grant or deny the media file permissions on your Android 13 device to individual applications like access to images, audio files, video files, etc.

It seems that Android 13 has also introduced the dedicated support for switching the display resolution of the device in the Settings menu which wasn’t available in the earlier Android OS versions. A new ‘Screen resolution’ page appears under Settings > Display on supported devices. Eligible device users can switch between Full-HD+ (1080p) or QHD+ (1440p) display resolutions whatever suits.

Google has improved the screensavers on Android 13. Though the public beta 1 build has included this feature, we’ll have to wait for the public release.

The improved media player now has an equalizer-type progress bar for a better visual experience whatever music or video you’re playing.

Android 13 allows users to create and use a secondary profile to make NFC payments from the device. It seems that the latest OS can also add contactless payment support for multiple users from one device.

Android Beam didn’t make its way that much unexpectedly which was an alternative to ‘AirDrop on iOS’. The Nearby Share did introduce and things have changed a bit. However, users may need more convenience to get into the connectivity with the tap-to-transfer feature for file and media sharing.

Android 12 did include the native UWB (ultra-wideband) support which has been featured by the Google Pixel 6 Pro device. We’re expecting that more and more device models and brands will come up with UWB support out of the box.

The audio output picker was introduced in Android 10 where users can choose if the audio/media is channeled to headphones, loudspeakers, or Bluetooth-connected speakers. Android 13 will now let the users choose directly from the pop-up screen including the separate volume sliders for each available output source.

It seems that just like the one-handed UI mode, Google has also implemented the long-overdue QR code scanner shortcut option in Android 13. Maybe the average user will not gonna realize that their camera (or Google Lens) can easily scan QR codes but Google made it more simple and user-friendly.

Mishaal Rahman also mentioned the updated AOSP code that basically suggests Android 13 OS running devices can support launching games quite faster than before with the help of an API that boosts CPU performance initially.

Native Support for DNS over HTTPS

The native support for DNS over HTTPS in the AOSP has upgraded the security.

So this is all about the release date, features, and supported device list for Android 13. If you have any questions or queries about this article, comment below, and we will get back to you. Also, be sure to check out our other articles on iPhone tips and tricks, Android tips and tricks, PC tips and tricks, and much more for more helpful information.