To be honest, Asus hasn’t been too thorough with major Android updates and has stuck to minor updates so far. Google unleashed Android 10, the tenth iteration of the Android operating system brings a lot of the table. According to the timeline, Google released Android 10 on September 3rd after it officially renamed it as Android 10 rather than sticking to a dessert nomenclature. Henceforth, Google will be using numerical identifiers for its Android OSes where Android Q became Android 10, Android R will become Android 11, and so on.

Google Pixel devices and Essential PH were the first to get the upgrade on the launch day itself while other OEMs have started rolling out the upgrade to a few smartphones as well such as Asus 5z when it comes to the Taiwanese tech giant. The company has confirmed a few other phones to get the update as well, although the timeline is still a little faded. 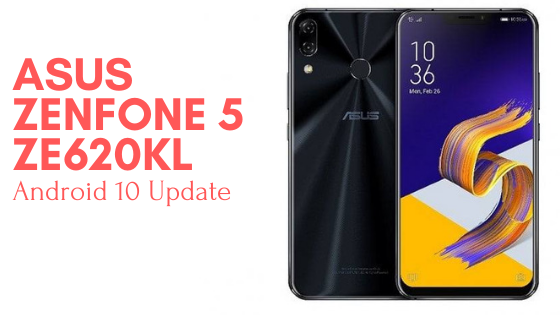 Android 10 has arrived and it is magnificent than ever. It brings a host of features with Live Caption to Smart Replies, enhanced privacy & location controls, focus mode and a lot more than you can read more about here.

Well, talking about the Android 10 upgrade on Zenfone 5 ZE620KL, the device has mid-range specs and was released with Android 8.0 Oreo with Android 9.0 Pie arriving earlier this year. The device is in tow to get Android 10 although this is an unofficial tip and it could arrive sometime between Q4 2019 to Q1 2020 although this is a tentative timeline and could surpass it as well.

When it comes to specs, Asus Zenfone 5 ZE620KL is a mid-range smartphone that brings Qualcomm Snapdragon 636 under the hood paired alongside Adreno 509 GPU, 4/6GB of RAM and 64GB of internal storage that can be further expanded to over 1TV using a hybrid slot.

The phone sports a 12+8MP dual camera setup at the back while the front is dominated by an 8MP sensor. It has a 6.5-inch IPS LCD panel with a resolution of 1080×2246 pixels. The phone has a 3,300 mAh battery with 10W battery charging capability and it is available in Meteor Silver and Midnight Blue and it is available in different models i.e. X00QD, ZE620KL, ZF620KL.