Asus is a Taiwanese multinational company listed as the most admired companies according to Fortune Magazine. It has a tonne of products right from consumer electronics to motherboards to smartphones, the company has proven its prowess in various categories time and again. It’s Zenfone smartphone series targets users across the different spectrum while the ROG Phones are gaming-oriented monstrous smartphones that have the best specs at the best price.

Asus smartphones run on Android OSes and Zenfone Lite L1 Go is no exception. It runs on ZenUI based on Android 8.0 Oreo Go Edition and will be upgraded to Android 10 as per what we know so far, although there’s no confirmed intel on it so far. Google released Android 10 on September 3rd after renaming it from Android Q. The OS has since reached all Pixel and Essential PH devices and has arrived on a variety of smartphones from OEMs such as OnePlus, Xiaomi, Realme, etc including Asus 5z. 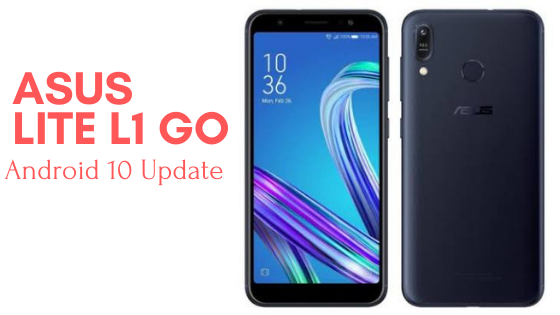 Android 10 is no doubt the most enticing and feature-packed OS from Android and I am saying this after 9 major iterations of Android OS have released over the decade each more lucrative than previous. Android 10 adds Project Mainline that will make updates for smartphones supporting it more streamlined. I have discussed more features that Android 10 brings on the table that you can check out here.

Asus Zenfone Lite L1 Go comes with Go edition of Android 8.0 Oreo out-of-the-box and was released last year alongside its standard Zenfone Lite L1. The device could get Android 10 aka Android Q Go Edition although it will be on or after Q1 2020 which is January and March or later since other smartphones are already in queue to get their massive upgrade as well.

The device has a dual-camera setup at the back with 13MP + 2MP sensors while there is a front-cam as well. The device should get a Go Edition for Android 10 as well in case if it is shortlisted to get the update although we will have to wait for confirmation here.