The Grim Dawn is a bit dark, making the game more interesting, and it’s hard to know there is a threat lying down in the dark. Also, there are many options to make your character. There are many places to explore and continue your journey in the game every day. The regular updates are making it more engaging to the games. But somehow, the developers also provide MODS that give you a new experience and play the game in a new way. Here we know the top 20 best Grim Dawn Mods in 2022.

Many ARPG (Action Role Playing Game) games are available in the market, and Grim Dawn is a popular name that takes the ARPG genre to another level. The Grim Dawn id developed by Crate Entertainment, is an action pack role-playing game. Some of us are not familiar with the Grim Dawn game, but the famous channel IGN recommended this game as one of the best ARPG games in the current year. Although it is not a new game, the developers had released its early access in 2013, and the full game launched in 2016 as the good things may take time to research and provide the best experience to their users.

There are many MODS available in the Grim Dawn game, and all have their unique feature as you can increase the loot, high graphics, etc. Here are some handpicked MODS that give you a great experience to play the game. But before going to the MODS, let’s know the brief story of the Grim Dawn and the story based on a fantasy and future where the humans are about to extinct, and Iron is one of the precious metals than gold. The situation is full of sadness and fear where we have to survive in the apocalyptic world. It isn’t easy to understand the game, but as you begin your journey and explore the big map, you will know that every character you choose has a different story and role in this world. The complex story is the USP of the Grim Dawn game. 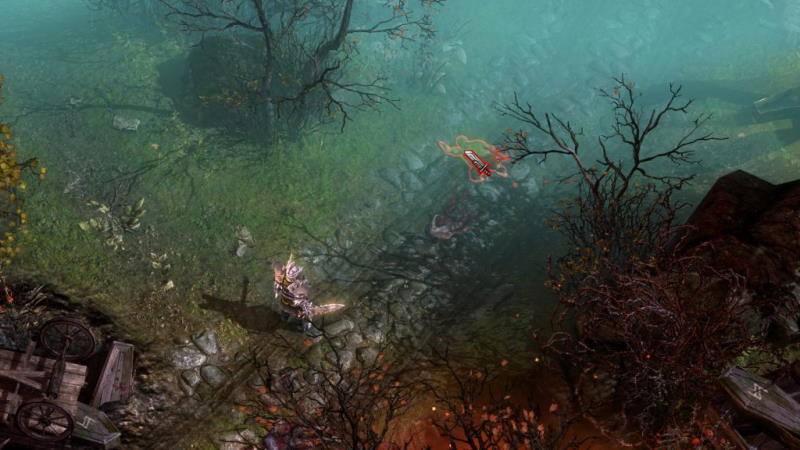 We start with the essential Mods that require to play the game. First, it’s very hard to visible the small cursor in the dark map with a barely visible cursor. The Grim Dawn has a big map with an engaging storyline, but the small cursor takes a lot of time while exploring the items available on the map. You can easily find necessary objects through the big cursor, which puts less strain on your eyes if you play for long hours. The MOD will increase the size to double the cursor 64*64 while the original scale of the cursor is 32*32. 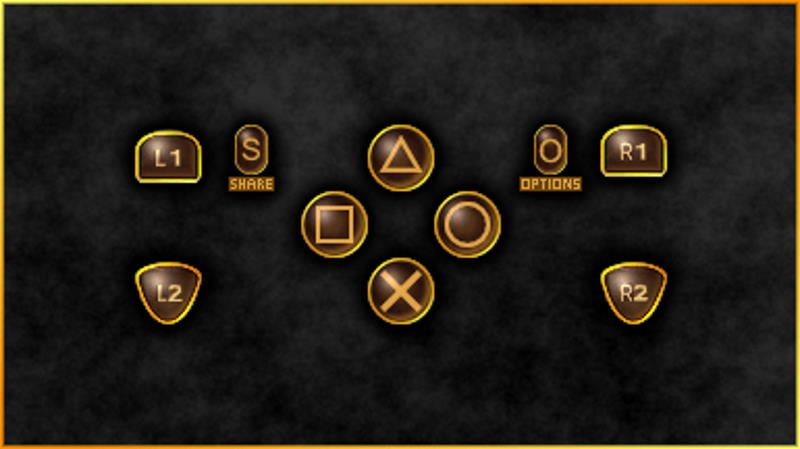 Every gamer has a dream to play any game on the gaming console, but due to some reason, it’s hard to play every game on the console as some games are released exclusively for the particular brand’s console. That is the only reason the PC users are more in number. But you can fulfill the dream to play the game using the PlayStation gamepad. The dedicated buttons will give you a unique experience to play the game. Some users may not like this Mod and get offended because they want to play the game using the Keyboard and mouse. But the majority of gamers are like easy control to try some combination with the help of a few dedicated buttons. 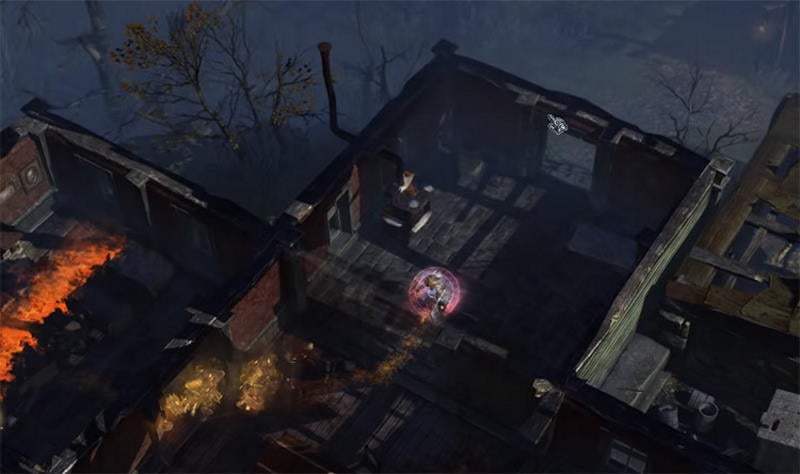 In the latest update, the chance of getting rare items increases from 6% to 20% to improve character. But the reality is that 20% isn’t enough to play the game. We require more loot to compete in the competition. Increase Loot is one of the Mods that boost the loot to beat the enemy easily, enhance the character, etc. 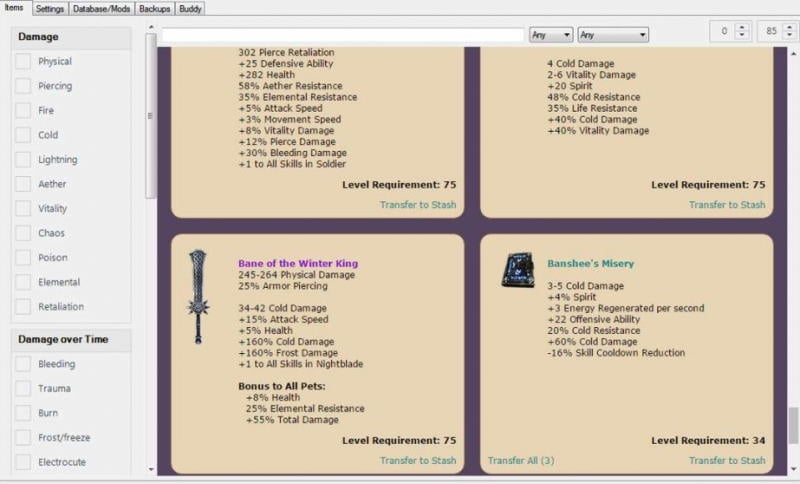 Another one of the most required MOD for the current and future stages of the game is Item assistant. It is used as a base mod that enhances the features of Vanilla. However, an item manager offers an inventory to keep an unlimited amount of the items. Also, you can arrange the things to their features like name, damage type, class, skill and sort them accordingly.

The gameplay of the Grim Dawn is slow-paced, and if you don’t like the game’s speed, then here is Path of Grim Dawn Mod that speeds up cooldown time, speed cap, and mod density to enhance the gaming experience. 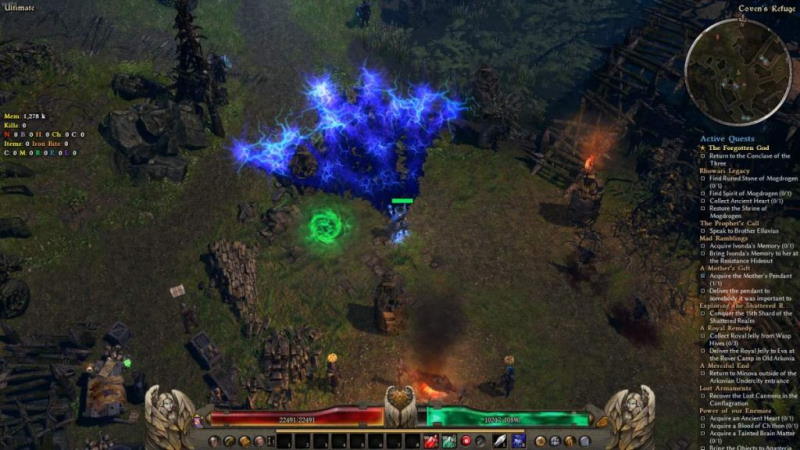 Grim Legion Mod is used to expand the base game. Many Mods change the character and other items, but the Grim Legion changes the whole environment of the game. Also, it is responsible for changing everything or making improvements and increasing the game level to 100, damaging modify to less by 20%, shops are selling oil with a large quantity of inventory, and change in attribute points, etc. 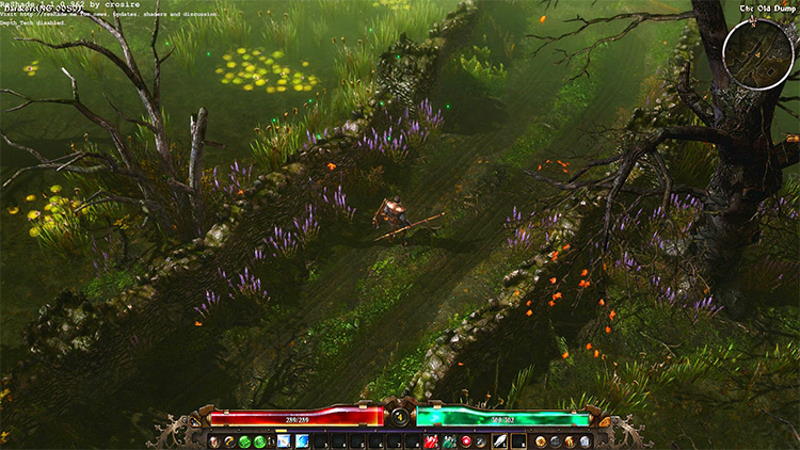 Aetherial Reshade will transform the look of the game. So if you are bored with the dark face of the game or sometimes we have to show the games to children, and they might scare from the dark mode, then this Mod gives you cover. Creates of the Mods brighten up the shade and texture of the game to be colorful and make everything visible and make the game more appealing with the help of VFX. 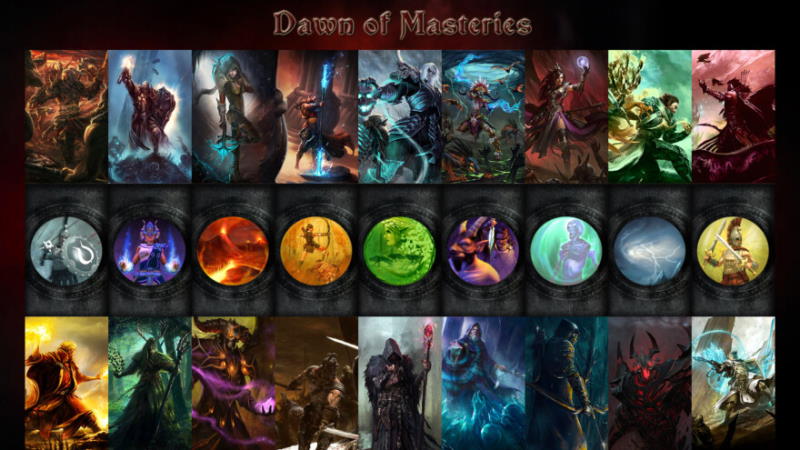 As the name of the Mod Dawn of Masteries is justified. If you like the quest, you will get three different quests in this Mod. Diablo 3, Cataclysm, and Grim search are available in the single Mod with minor cosmetic additions. To experience the variation of quests, install the Dawn of Masteries Mod and test your potential. 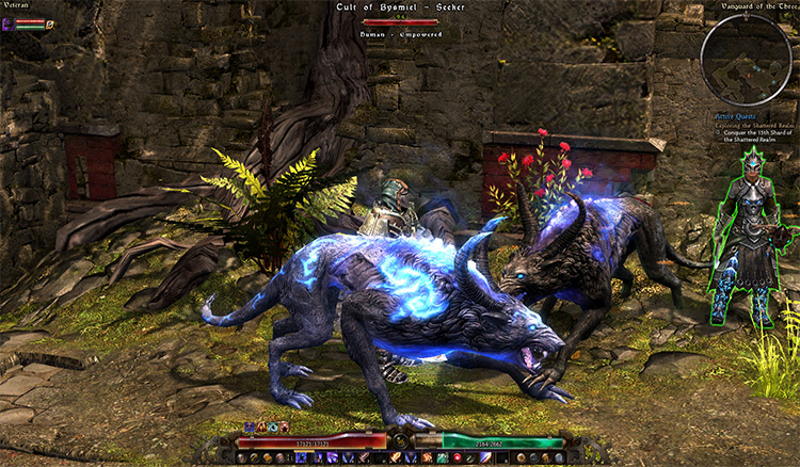 After completion of the game then the question is what to do next? Here is Grim Truce Mod with gives you the feel of the Dark soul game. This Mod completely changes the skill tree and offers a new combat-like dark soul game. Also, for an immersive experience, the Mod will change the camera angle too, like Above-down, over the shoulders, etc. Furthermore, it is a bit hard to play the game in this Mod because if you die then, you will lose all your gaming points. However, if you like challenges, this Mod gives you a thrill. 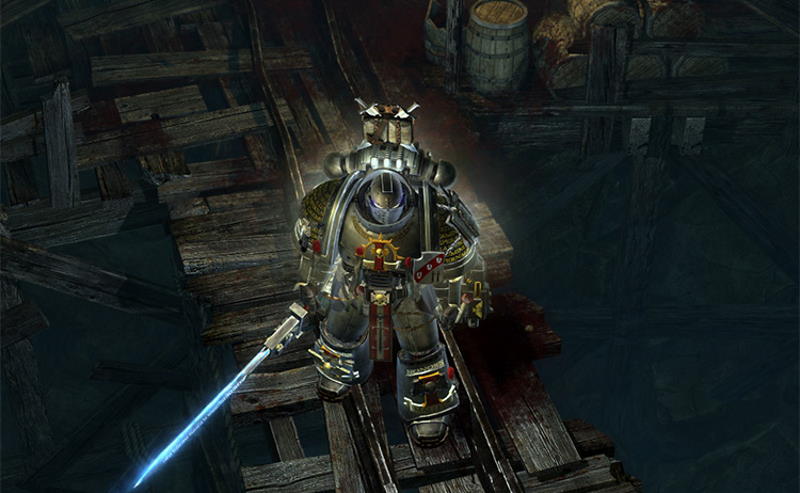 This Mod will convert the whole gaming region to the popular Warhammer 40.000 game. It also includes the deadly combats, equipment, and weaponry from the legendary Warhammer 40K Universe. In addition, it contains over 150 sets of glorious marine weapons with massive pauldrons and all the weapons released in the original game. 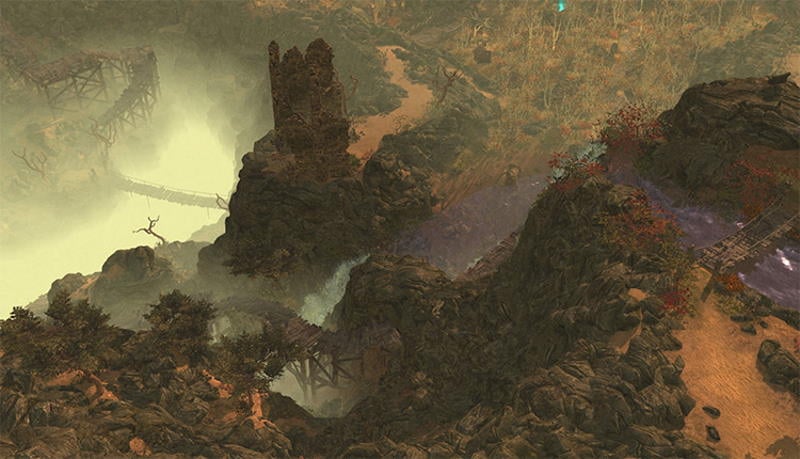 It is a standalone expansion of the base game that features over seven hours of gameplay. In this Mod, you will explore a new area of Nydiamar equipped with lore, quests, and enemies to massacre with a custom-made soundtrack. In addition, you can challenge the bosses with the new character. This Mod is fast-paced, and things will happen quickly. 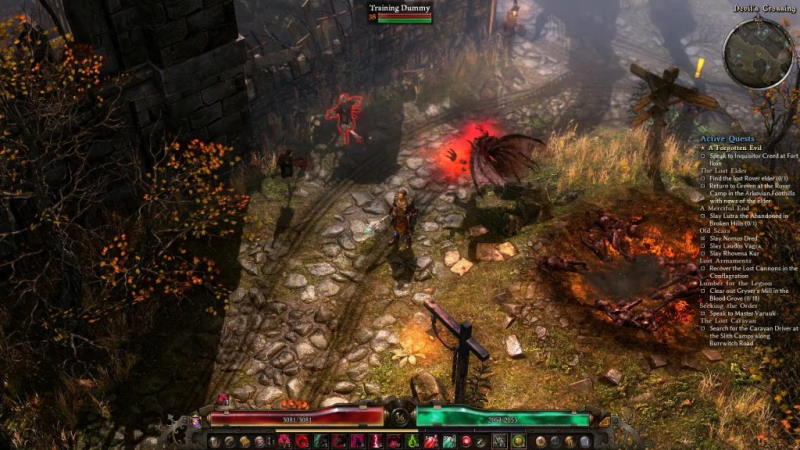 Reborn is meant for the second chance, but here the Mod developer explains the game with better skills. Also, it will upgrade the items and the Monster so that the fight is more challenging. Furthermore, if you beat the Monster, you will get a special item, and also, you can make the Monster your Pet. 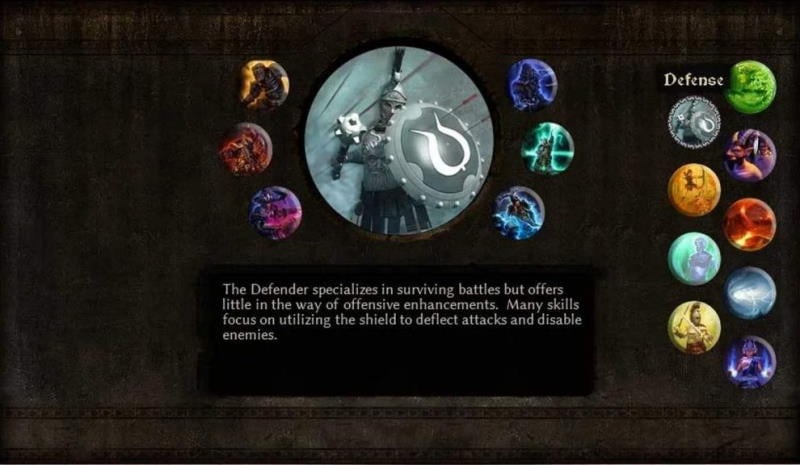 The Grim quest Mod is inspired by the Titan quest. It will not only change the weapons or equipment but the buttons and icons in the menu are also the same as the original game. If you are also a fan of the Titan quest, then install the Grim Quest Mod and check the Grim Dawn world as Titan Quest. 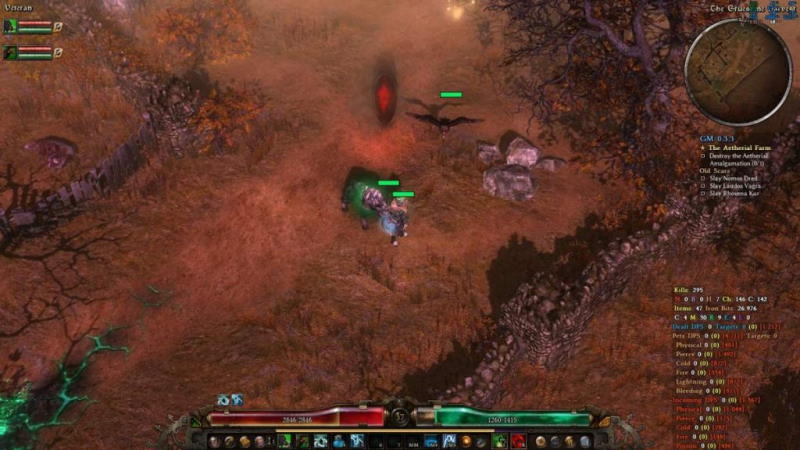 It is one of the best and users’ favorite mods. The developers of Apocalypse Mod are adding five different masteries in the game by modifying the game levels and skill system. After applying the Mod, you will get many things to explore, like new equipment and new crafts. 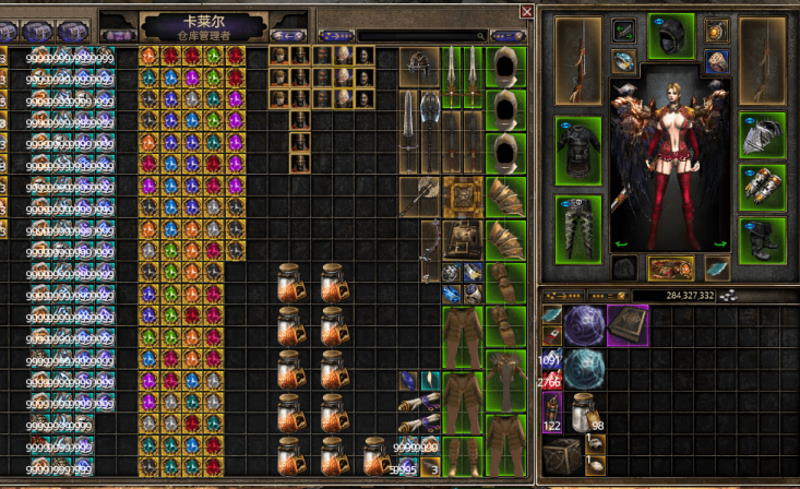 The Smash-n-Grab will speed up the gameplay, allow you to level extra loot quickly, and contain many epic and legendary equipment. The Grind is removed from the game region by optimizing and modifying the whole game. It helps you not to visit the town regularly to bring the items. 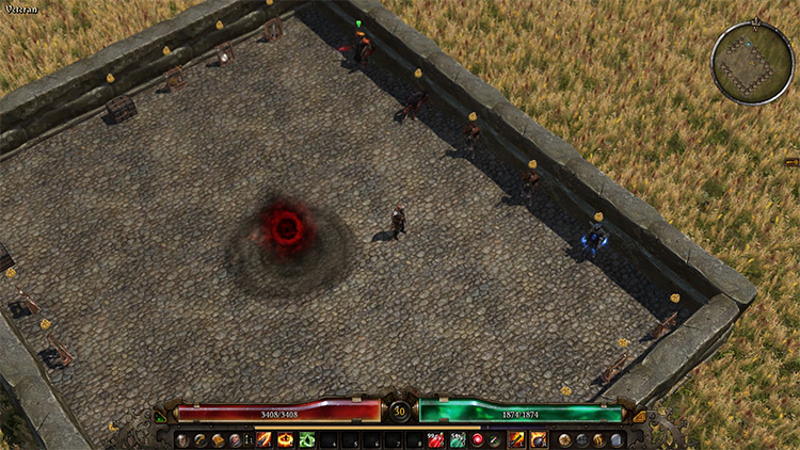 The next Mod is not about expanding the region or leveling up the character, increasing drops, etc. Not so grim Mod will not do much but change the gameplay into easy with many features like automatic pick up of items, bounties Unlock, Coronus mastery new vending area, and many more to explore. 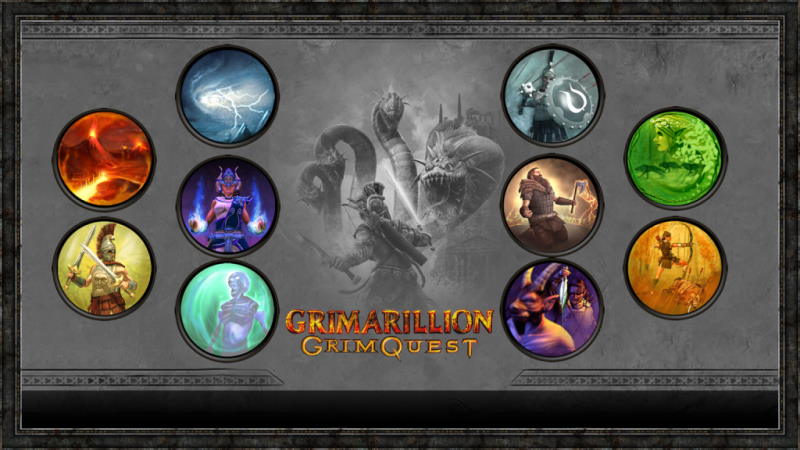 It is a compilation of other Mods through that you will discover all the game’s enemies and keep the intensity of the gameplay. Also, it contains mastery from the other Mods like Diablo 3 and Grim quest. 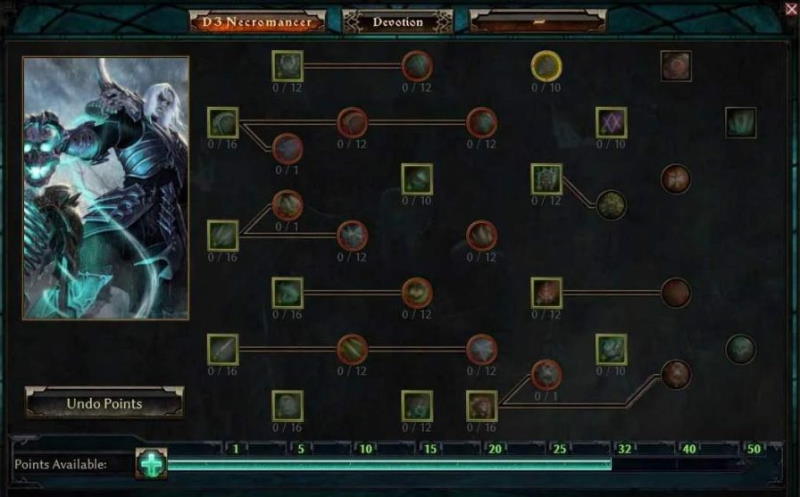 If you also want to feel the experience of Diablo 3 in the Grim Dawn game, then the Diablo Classes Mod is for you. You will get a dozen pieces of equipment used in Diablo III-like the Aegis of Valor and Trag’Oul’s Avatar, etc. It has over 300 items from the game. Also, the bosses imported from the game with two-hand combat and new cosmetic addition to Crusader mastery. 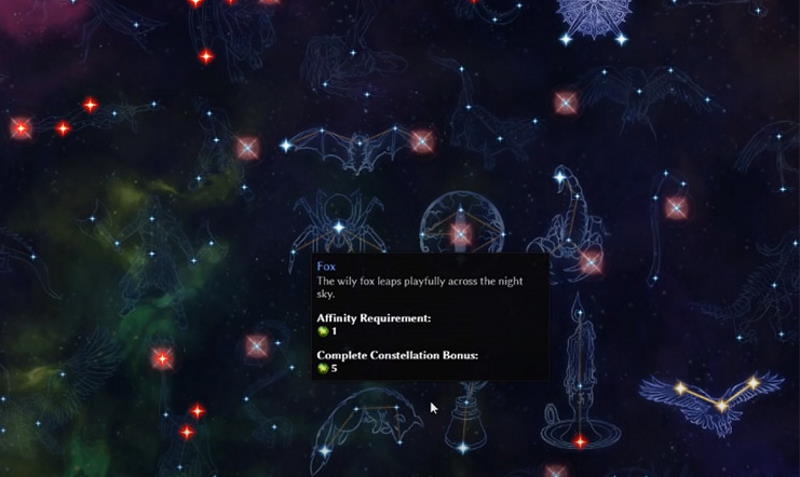 It is a huge collection of modifications in the Grim Dawn game that boost your running speed and double up the speed of your pets so that they be with you on the murderous spree. Also, it will increase the devotion’s cap to 166, through which you can hunt down every shrine. Moreover, you will get 10X faction points for killing enemies. 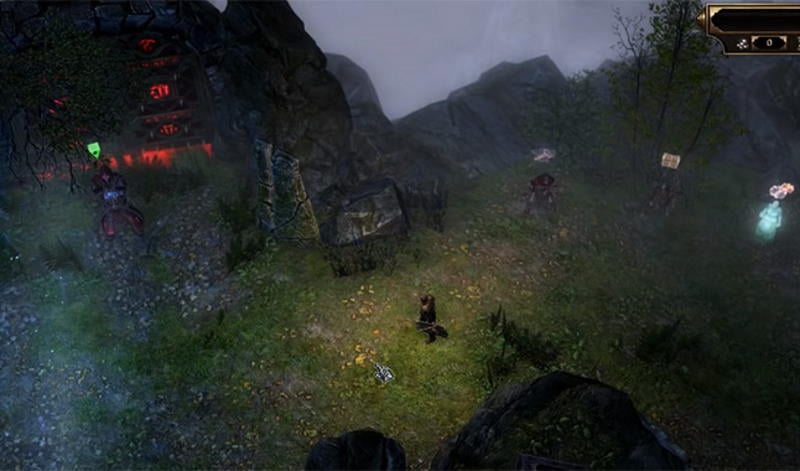 The last Mod in the best Mods sections is Better Levels. In this Mod, you will get double experience for killing monsters needed to reach a level cap of 250. Also, you will get three attributes points that are used to increase stats after completion of each level. Finally, the devotion’s cap increases to 200, and the equipment required for levels is abolished.

That’ll be from our side. Many Mods are available, but we can’t include them in our list. If you were also using some of the Mods that take place in our inventory, let us know in the comment section. We suggest you play the original game version then use the MOD to experience the same game but in a different and exciting experience.