Motorola Moto G4/ G4 Plus (Codenamed: athene) is one of the best budget smartphones launched by Motorola. It is the successor of Moto G 3rd generation. The company launched Moto G4/ G4 Plus with Android 6.0.1 Marshmallow and later upgraded to Android Nougat.  If you have bought this device and want to Install any Custom ROM for Moto G4 and G4 Plus devices? then you are at the right place. Here we will list all the Custom ROM available for Moto G4 and G4 Plus.

Moto G4 Plus is a single SIM smartphone launched in May 2016. The phone comes with a 5.50-inch touchscreen display with a resolution of 1080 pixels by 1920 pixels. It runs on a 1.5 GHz Qualcomm Snapdragon 617 processor and 3 GB of RAM. It comes with Android 6.0 Marshmallow out-of-the-box. This device packs 16 GB of expandable internal storage. The device brings a 16-megapixel primary camera for the rear and a 5-megapixel front face camera.

In this guide, we will show you which are the best custom ROM for Moto G4 and G4 Plus available now. Before moving to installation and download, let us know the difference between CUSTOM ROM and STOCK ROM. 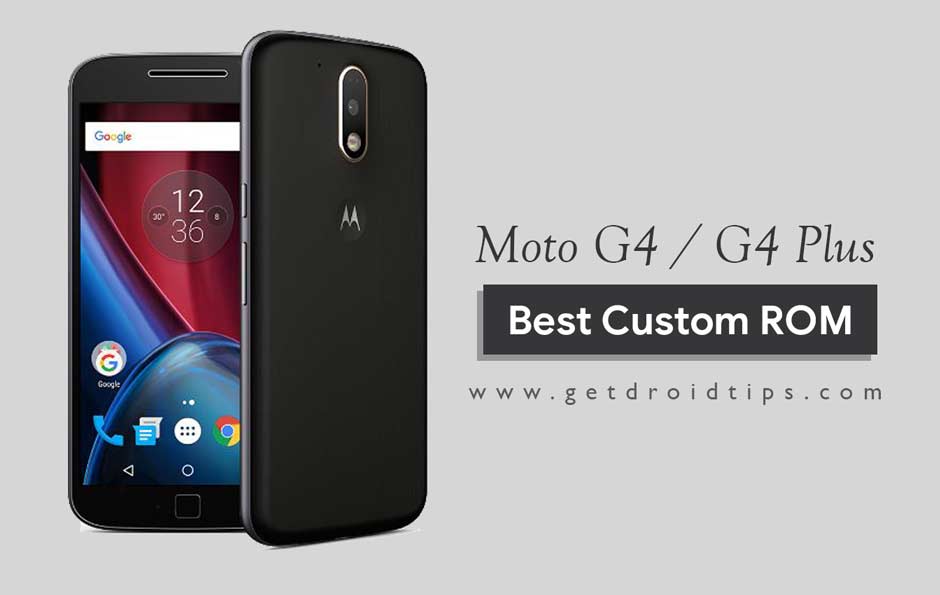 List of Best Custom ROM for Moto G4 and G4 Plus

You can follow the link to Install Lineage OS for Moto G4 and G4 Plus devices.

Nitrogen OS is the latest Custom ROM which brings amazing features with Stock Android experience just like the Pixel smartphone. You can follow our guide to install NitrogenOS on Moto G4 and G4 Plus. The ROM is in a stable state and can be used as a daily driver.

Resurrection Remix is a combination of the stability provided by CM and features from Slim, Omni, and original Remix builds providing an awesome combination of performance, customization, power, and the newest features brought directly to your device. This ROM is ultimately full-featured, stable, and combined with the best features of open source ROMs.

ROM brings the real Google Pixel experience on Moto G4 and G4 Plus. It has all the features and applications which come out of the box with the Google Pixel smartphone. Now you can experience the real Pixel Smartphone with this ROM.

That’s it! I hope you have installed the Custom ROM for Moto G4 and G4 Plus. Leave a comment or feedback down below. Thank you!.

I hope this guide was helpful to find the Best Custom ROM for Moto G4 and G4 Plus which is suitable for you.

Want to revert back to Stock ROM, Check out this tutorial on How to Install Stock ROM on Moto G4 and G4 Plus