In this guide, we will show you the steps to create a scatter plot using Google Sheets. This online spreadsheet tool from Google allows you to carry out a plethora of tasks. The collaborative editing features, tools such as Macros and Pivot Table, and the Data Validation techniques are just some of the well-known features. Along the same lines, it also has the option to graphically represent your data through bar graphs, histograms, pie charts, scatter plots, and the likes.

As far as this guide is concerned, today we will be focusing on scatter plots. For the unawares, this plot is used to establish a correlation between two variables. In other words, you could get a concrete idea about how much one variable is affected or influenced by the other one. So in order to get the overall relation or trends between two variables, this should be your go-to choice. And in this guide, we will help you with just. Today we will show you how to create a scatter plot using Google Sheets. Follow along for the detailed instructions.

How To Change Your Display Name In Google Sheets

How to Filter in Google Sheets?

How To Clear Your Cache in Google Sheets 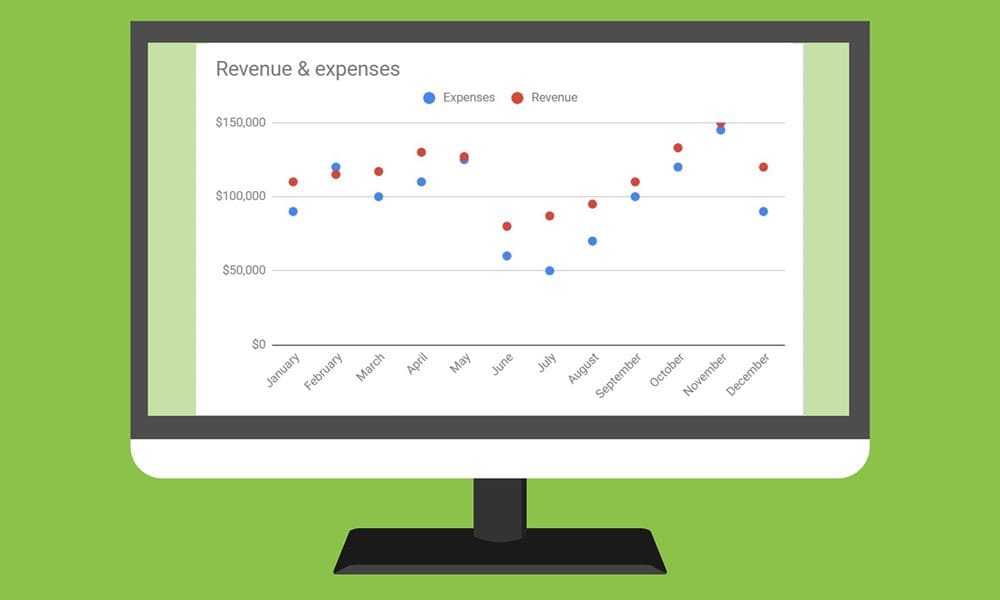 How to Create a Scatter Plot using Google Sheets

There could be quite a few instances where you might need to make use of this plot. For example, in establishing a correlation between employees’ salary and their work experience, the demand for ice-creams with the rise and fall in temperature among others.

While you could also use graphs to showcase the trends between the variables, however, they aren’t able to paint the complete picture and rather tends to over complicate the matter. So with that said, let’s now check out the steps to create a scatter plot using Google Sheets.

As of now, we were dealing with a single Y-axis variable. But as mentioned before, you could also add multiple Y-axis variables by creating more column data. In the below example, we have created Month as the first column, so it will act as the X-axis. After this, the other two columns of Expense and Revenue will act as the Y-axis. The scatter chart of this data in Google Sheets will look similar to the one that we have shared above.

Along the same lines, if you have multiple Y-axis variables, you could use a Bubble Scatter Plot. As above, the first 2 dimensions are the horizontal (X) and vertical (Y) axes. The third dimension will act as the size of the bubble. The steps to create a Bubble Scatter chart is quite similar to the normal scatter chart in Google Sheets. You just need to have the data properly formatted, as mentioned below: 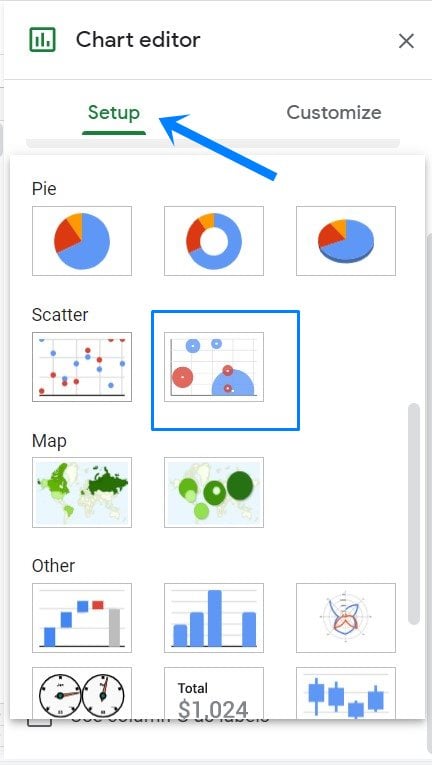 Select all the data (including the header) and go to Insert > Chart. Now under the Chart Type section, scroll to the Scatter section and select Bubble Chart. The corresponding chart of the selected data will now be created, as shown in the above image.

You could also customize the scatter plots that you have just created via Google Sheets. To do so, bring up the Chart Editor via Insert > Charts. Then go to the Customize section and you may now make changes to the Chart Styles, edit its axis titles,  change point colors and axis location, or even could even change the legend position. Likewise, you could also edit or format X and Y-axis texts or add and edit gridlines. You could also customize the look of the Bubbles (in the case of Bubble Scatter Plot). 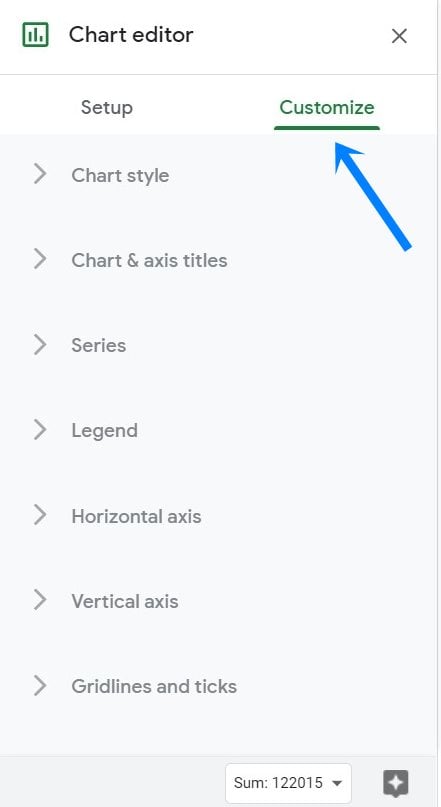 So with this, we conclude the guide on how to create a scatter plot using Google Sheets. We have also shared the instructions to create multiple data plots and the Bubble Scatter plots and the steps to customize them. If you have any queries concerning the aforementioned steps, do let us know in the comments section below. Rounding off, here are some iPhone Tips and Tricks, PC tips and tricks, and Android Tips and Tricks that you should check out as well.