Are you looking for the best Diablo immortal Necromancer guide with the best build, class, gear, and other important information? Necromancer is an excellent pick for Diablo Immortal players as it belongs to the best class. The ability to muster a group of minions to absorb damage means you can avoid taking lethal hits, allowing you to cast spells from a distance, and there is no risk involved here.

As we were talking, Necromancer is not an easy class to play. They can avoid damage while inflicting damage on opponents. To play with the most effectiveness, you must know about Necromancer skills, attributes, and gear. We have talked about all of that in the further article. 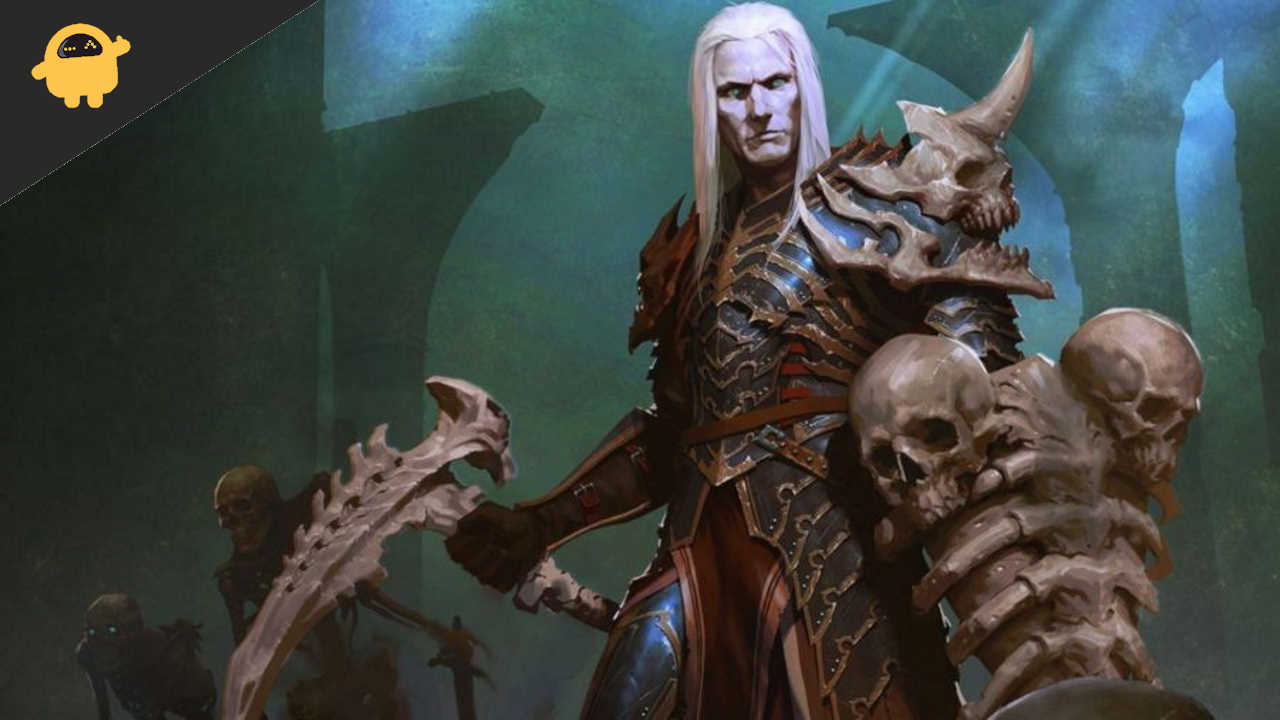 Necromancer class can be played in two unique styles: You can either go offensive (DPS), or you can play passively (Support Role). We have made a build that combines both, allowing you to inflict massive damage while using the Bone Armor skill to supplement your protection.

Note that the skills in this build will have a different impact from the default demeanor because the equipped gear will modify your abilities.

Always prefer Legendary Gear in Diablo Immortal while using Necromancer for considerable changes in your skills. If you find a gear that synergies with your skills, you can play Necromancer at the highest potential.

There are basically five attributes in Diablo Immortal: Vitality, Willpower, Strength, Fortitude, and Intelligence. Let’s talk about how these attributes make an impact while creating a Necromancer Build.

Starting with Intelligence, one of the main attributes for any spellcasting class, including Necromancer. While Strength only shines for melee characters and is not much helpful for a spellcasting build. So, we won’t show much interest in Strength in Necromancer’s build.

Always remember to hunt for gear that mainly improves your intelligence score. If we talk about the following important attribute in the Necromancer build, then Vitality is what we will discuss. Vitality is essential because it increases life, which is very much needed in some situations. Minions do the dirty work for Necromancers, so they need more health which is obtained by Vitality and will make you less frangible in unfortunate situations. 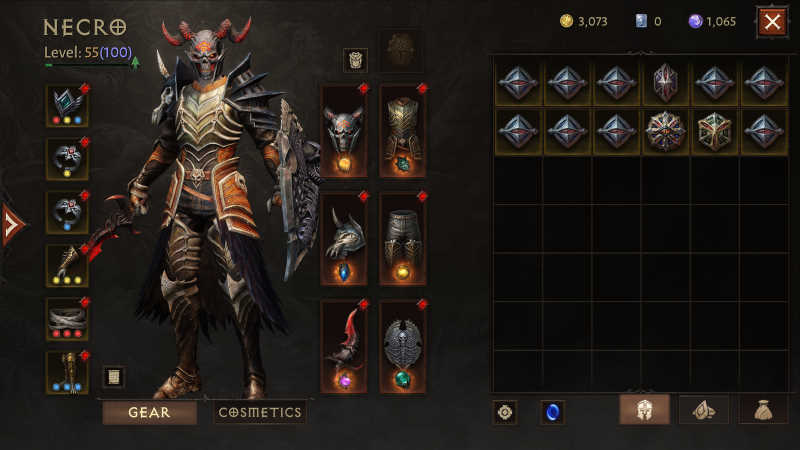 The following list of Diablo Immortal gear is some of the best. So, make sure to pick gear that synergizes with the skills. Don’t forget to prioritize some attributes of your gear. For a Necromancer build, Vitality and Intelligence are very crucial.

Brief Explanation of all Gears

A helmet is important in every game whether it’s Diablo Immortal or something else, we need a helmet. The visitant’s Sign helmet is one of the best gear which allows your Golem to remain active for around 20% longer. Coming to the Chest piece of the build, We suggest Covet Nothing, as it’s the gear piece that keeps the Bone armor feasible in PvE Necromancer Builds.

The unique thing about Covet Nothing is it makes the Bone Armor Deal damage to nearby enemies and increase the damage taken time period by a few seconds. You can improve the efficacy of Bone Armor using Graven Bulwark legs, they increase the duration by 25% most.

The final gear piece that we use in Necromancers build is an Off Hand weapon that improves your Basic skill, Soulfire, by making it bounce from one enemy to another and spread the fire damage. Soulfire is the ranged attack while minions deal with the melee hits. 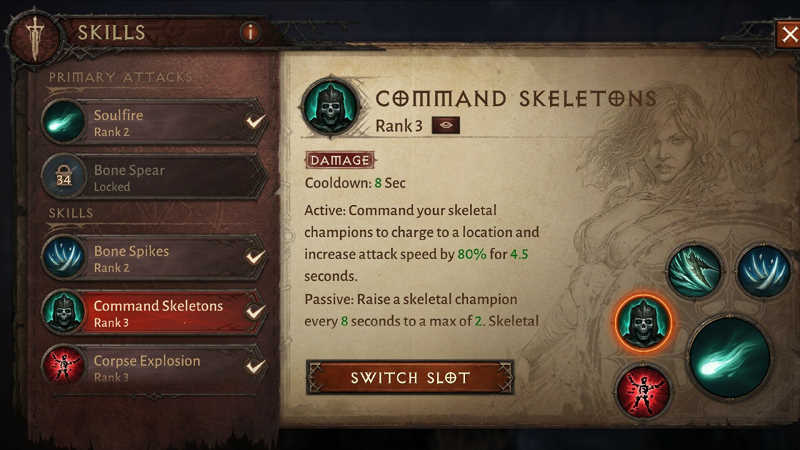 Soulfire ( Primary Skill) (Unlocked at level 1) : Soulfire is the basic attack of Necromancer which is used to deal damage while in cooldowns. It is a ball of fire that explodes as soon as it hits an enemy and it has splash damage. Ultimate Hungering Soulfire is an upgraded version of this attack which allows you to launch multiple attacks against the enemies.

Command Skeletons ( Ability – 1) (Unlocked at level 1) : When this skill is activated, you can command your skeletons to attack a particular location. This allows you to make skeletons attack the enemies effectively.

Corpse Explosion Or Dark Curse( Ability – 2) (Unlocked at level 3) : These attacks are very useful but you have to use them depending on the situation. Like if you want AoE damage, choose Corpse Explosion. And if you want to increase the damage rate then choose Dark Curse.

Bone Armor ( Ability – 3) (Unlocked at level 41) : This will increase your ability to survive I,e it gives you a shield that absorbs damage. The best thing about this skill is, that the people in your party will also get the shield.

Command Golem ( Ability – 4)(Unlocked at level 50) : When this skill is used, a huge Golem is summoned to attack the enemies. This can also be used as a tank.

This is all about Diablo Immortal Necromancer guide with best build, gear, and abilities. Necromancer is a great class for beginners to try, so make sure you learn it. If you have any queries about the article, please comment down.