Smartphones do produce a lot of environmental waste. And there are very few brands that try to minimize this waste. Fairphone is a social media enterprise company that develops smartphones that have a minimal environmental impact. Fortunately, two devices from this company, i.e. the Fairphone 3 and Fairphone 3+ is receiving the Android 10 update. Well, it might sound a bit weird because just recently, Google released the Android 11 update. However, it is good that not-a-well-known-brand is getting an Android 10 update.

Note that there are several smartphones from well-known brands that are yet to get updated with Android 10. The Dutch smartphone company has released the update via OTA in batches. Notably, the update is arriving with version number FP3.3.A.0033. The weight of the update is around 1.24 GB in size. And reportedly, the Android 10 update for the Fairphone 3 and Fairphone 3+ is live in UK, Germany, Spain, and the United States. Also, the update comes with July 2020 security update.

Here are the details of the Android 10 update firmware that the Fairphone 3 and Fairphone 3+ devices are receiving: 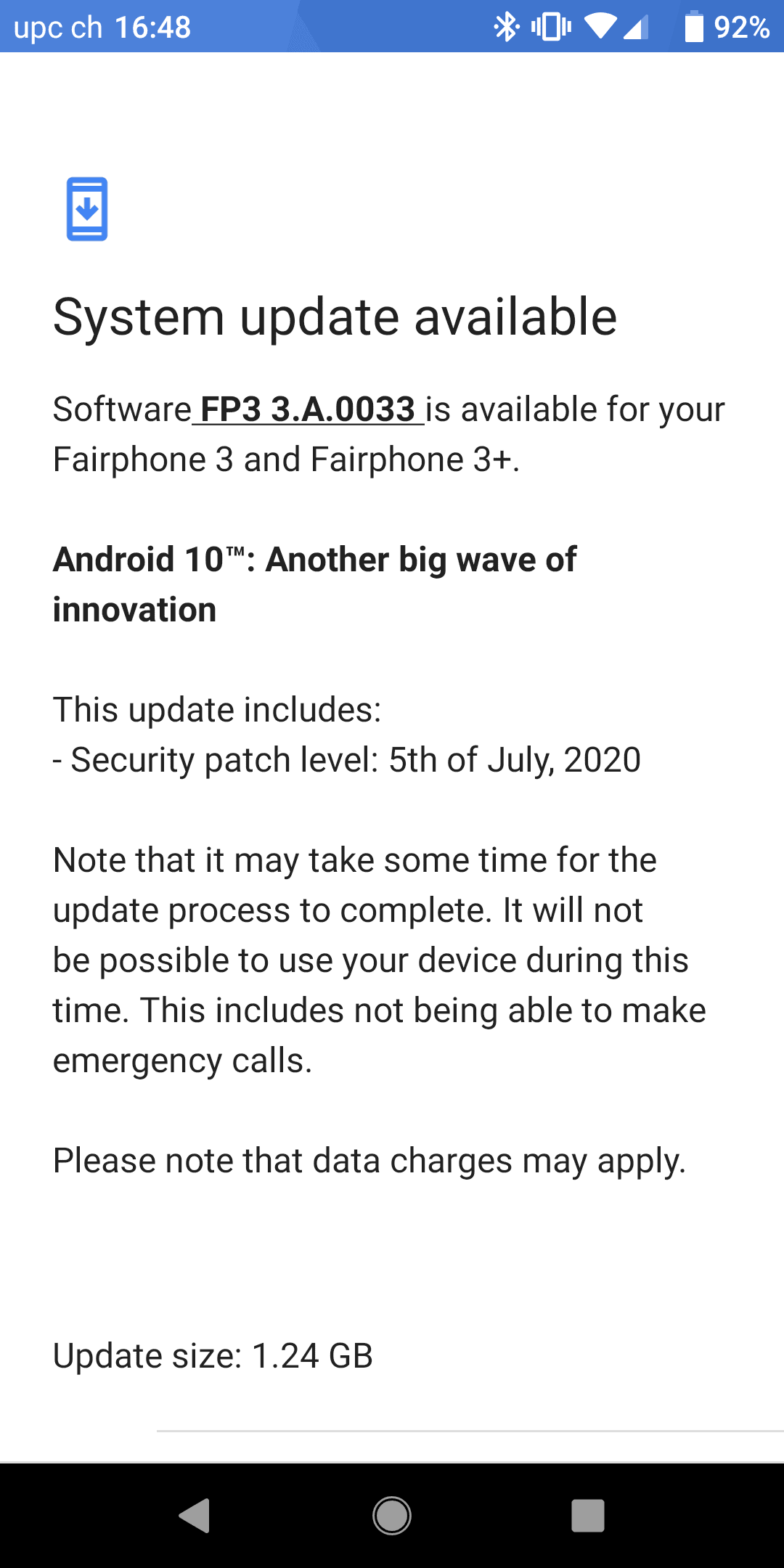 Note that the update is arriving via OTA and will take some time in hitting all the units. So, users can head over to Settings and check for updates. The phone comes with a 5.65-inch display, and it is powered by the Qualcomm Snapdragon 632 processor which is paired by 4GB of RAM. Under the hood, the device is juiced by a 3,000 mAh battery that supports Quick Charge 3.0 fast charging. There is a 12MP camera at the back and an 8MP selfie shooter.