Moreover, you can play this game with your friends but you will be competing against them in challenges just like Wipe Out. There is a comparative mode as well which allows you to pair up with your friend and play the challenge. The game is available for free for PlayStation Pass members during August, after which it will cost around $20 for the game.

If you have PlayStation Pass and you want to download the game, then you can check out our dedicated guide on how you can do just that via different methods. The game has tons of skins that you have to pass through various challenges or pay to get in your arsenal. In this post, we will give you details about all the Fall Guys Ultimate Knockout skins, paid as well as free. So, with that being said, let us take a look at the article itself: 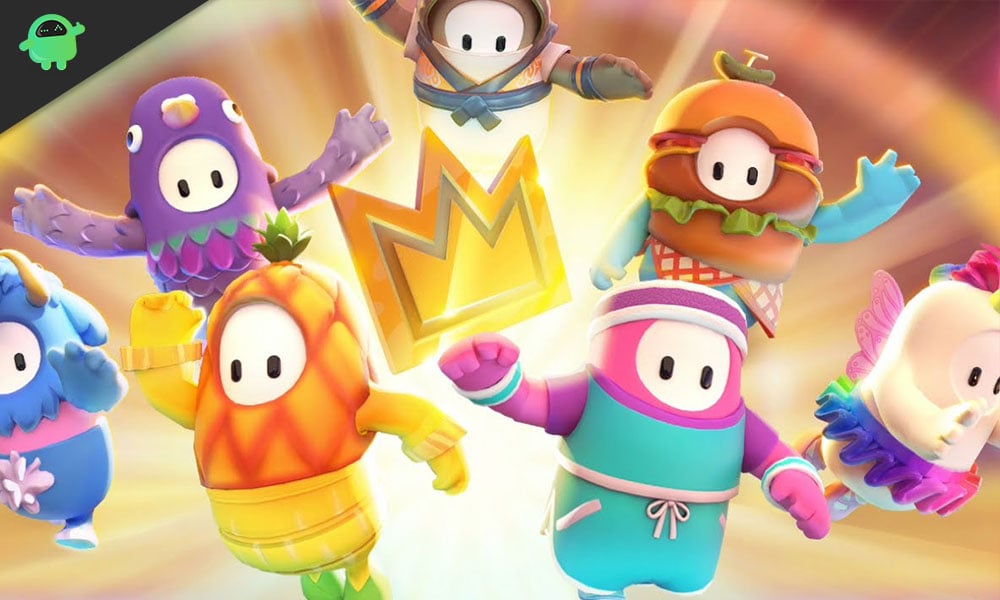 There are skins that are now expired. However, those who have pre-ordered the game via steam would have got their hands on the below-mentioned skin:

These are paid skins which you are known as Collecter’s Edition skins. There a total of 3 skins under this collector’s edition. 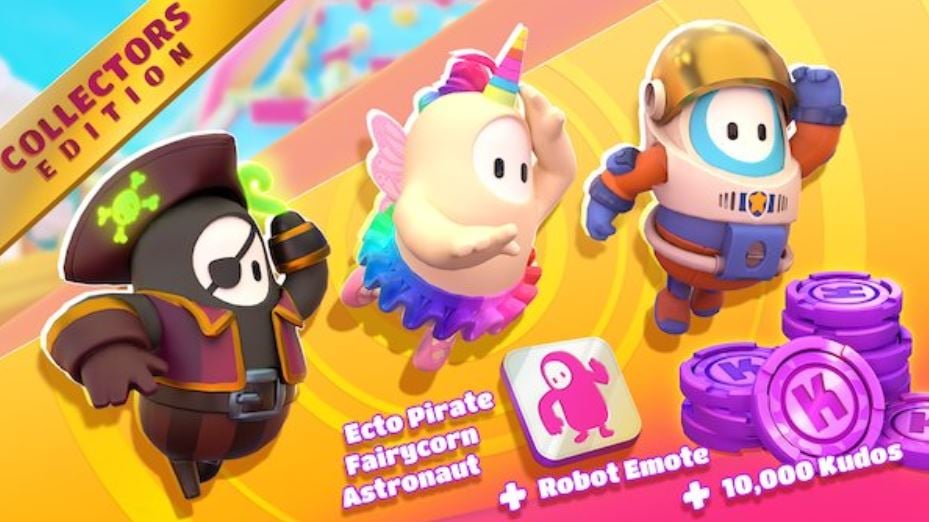 The above skins will cost you real-world $10 to purchase. On top of this, you can also get Robot Emote and 10,000 in-game currency ‘Kudos’ with the purchase of this collector’s edition skin pack.

The Fast Food Costume skin pack is available as a DLC (Downloadable Content). Notably, this is the first DLC for the Fall Guys Ultimate Knockout game. 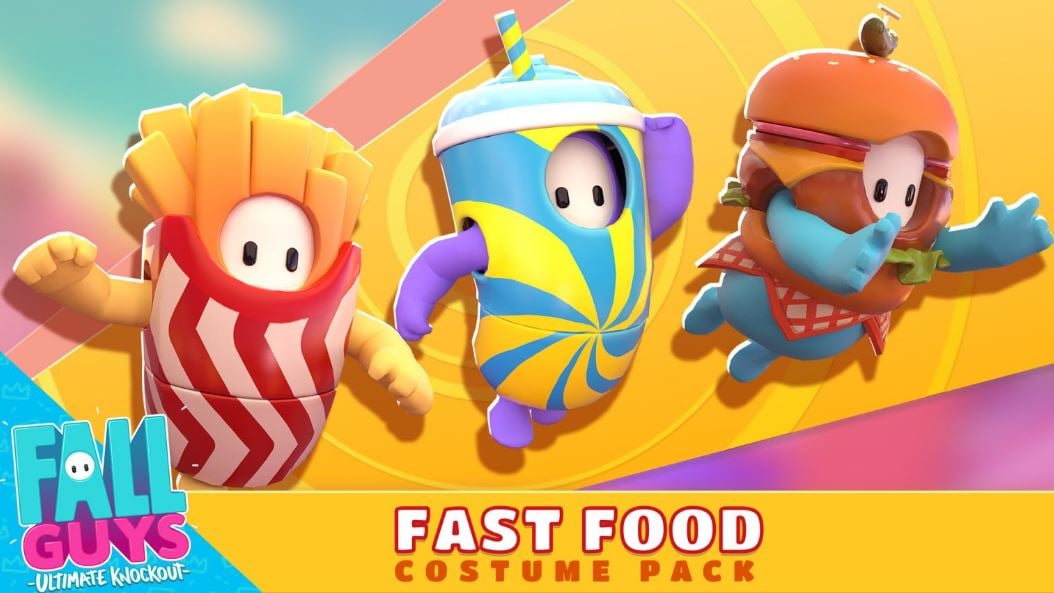 You can get your hands on this DLC by paying a price of $4.99. A total of three skins, as mentioned above, will be available once you purchase this skin pack.

This section contains all the skins that are available to unlock or available for purchase via the in-game currency when you end up in the upper list of Season 1.

Well, the new season of this uber-popular game, Fall Guys Ulitmate Knockout is going to release in October. But guess what we already have new information related to the skins that you are going to see in the new season. The Season 2 of Fall Guys Ultimate Knockout the developers are going medieval. You will see a lot of content based on the medieval period. And as you might have guessed the skins also now get a hint of medieval-ness. There are tons of new features like new rounds, castle climb, moat rush, castle egg scramble, etc to be coming with the Season 2 of Fall Guys Ultimate Knockout.

But we are here to discuss the new skins that we will be seeing with Fall Guys Ultimate Knockout Season 2. So, here is the list of new skins upcoming in the new season:

Below you can find the ultimate list of all the rewards that you can unlock by leveling up in Season 1 of Fall Guys Ultimate Knockout game:

Well, there are a total of three categories of cosmetics that you can unlock or purchase in the Fall Guys Ultimate Knockout game. To avoid your confusion, here is a brief difference between costumes, faceplates, and patterns, explained;

So, there you have it from my side in this post. I hope you guys liked this detailed post on all the skins that you can purchase or unlock in Fall Guys Ultimate Knockout. Note that whenever a new skin is available, we will try and update this post to keep you posted about the latest changes. For other articles related to Fall Guys, you can click here. Let us know in the comments below, which one of the above-mentioned skins is your favorite. Make sure to subscribe to our YouTube Channel for awesome videos related to Android and Gaming. Until the next post…Cheers!