To be honest, it is a matter of concern given the fact that a smartwatch that could stay afloat for 3 to 4 days couldn’t even last a few hours on a single charge. A lot could’ve gone wrong resulting in such issues and that is where we come into the picture. We have listed out the possible reasons and how you can fix the battery draining issue on Fitbit Versa 2 or 3 or others from Fitbit. 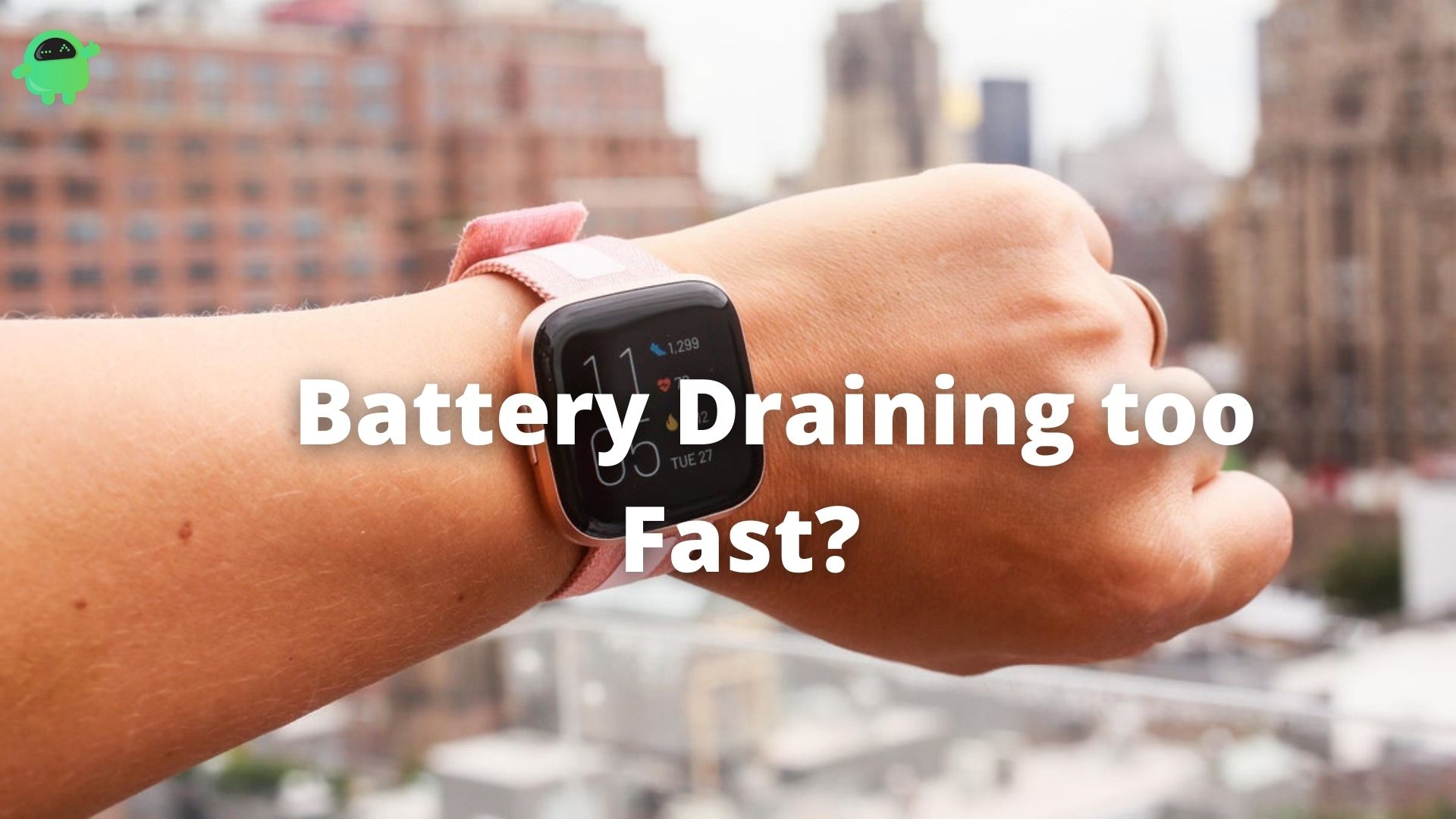 Reasons why your Fitbit Versa 2/3 battery is draining quickly

Truth be told, there’s a subset of users facing the Fitbit Versa 2 or 3 battery draining too fast issue soon after a software update. Apart from that, there are a string of other reasons such as syncing the entire day, high screen brightness, numerous notifications, and excessive usage. Note that these are just a few of the many instances that will drain the battery faster with excessive use.

How To Fix Fitbit Versa 2/3 Battery Draining Too Fast?

This is a pretty straightforward troubleshooting method tried and tested to fix a string of issues including battery draining. Although this may not work in all cases. But restarting a device as a method has helped many users fix n number of software-borne issues.

Your Fitbit Versa 2 or 3 is great when paired with your smartphone via the Fitbit app. Syncing between the two ensures all the data between the two devices is available right away. However, syncing is a battery-hungry process which means it consumes a lot of battery as and when the process is running.

The result is that the watch’s battery is draining too fast. Turns out turning off sync can fix this issue. Here’s how you can do it.

The pro of having a Fitbit Versa 2 or 3 or others is that you get notifications on your smartwatch thereby eliminating the need to remove the phone out of the pocket. Turns out it uses a lot of battery as well. No doubt you will end up with a faster draining battery. Turning off notifications can fix the problem so here’s how you can do it.

Although you won’t be able to receive notifications, that is something you will find much rewarding given the fact that it saves a lot of battery life. Also, don’t turn off notifications for text messages and calls because you want to block them as well.

#4: Reduce wake up the screen

The Fitbit Versa 2/3 has a feature that turns on the screen when you turn your wrist around and this consumes battery and it piles up as it goes forward. Here’s how you can tweak the wake-up settings.

For all those facing battery draining too fast issues on the Fitbit Versa 2 or 3 or others, this is a workaround as suggested by a user. Note that this may work but there’s no guarantee but since you aren’t breaking any settings of function, it’s safe to do it.

According to the user recommended fix, turning off Bluetooth and then turning it on after some time once when you need to calibrate or sync your steps can help. Although you won’t be able to intercept any notifications till the Bluetooth feature is disabled, you will certainly save a lot of battery life.

One of the major causes of power consumption is the high screen brightness that users set for infinity. Instead of doing this, you can dim the screen during nighttime or when indoors. Note that dimming the screen brightness does improve battery life in the long run. Here’s how you can do it.

To be honest, many users are facing battery draining problems due to faulty updates or bugs with it. If the sole reason why you are facing this issue is right after an update, you may want to wait for the next software update to fix this issue. You can’t retract to a previous update without rooting or using third-party tools but you can wait for an update to come by and probably fix the battery draining issues.