If you’re one of the PC players of The Outer Worlds game then check out this troubleshooting guide in order to quickly fix the Black Screen issue on The Outer Worlds. Obsidian Entertainment and Private Division have made this game so efficiently that it becomes very much popular as one of the action role-playing games in the market. However, it seems that plenty of players are getting affected by the black screen issue which is quite common these days for the PC version of the games.

This is not a new case for PC games and most of the players have experienced these kinds of issues once in their lifetime for sure. So, it’s also expected that several affected players have already fixed the particular issue by following some of the possible workarounds below. However, if you’re new to this black screen issue or can’t understand what to do next then check this article.

How to Fix Black Screen issue on The Outer Worlds

Before heading over to the steps below, make sure that your PC configuration is capable enough to run the game properly. Sometimes an incompatible or older computer hardware becomes unable to hold the game for multiple reasons. An outdated Windows OS build and an outdated graphics card driver can be another reason behind this issue. 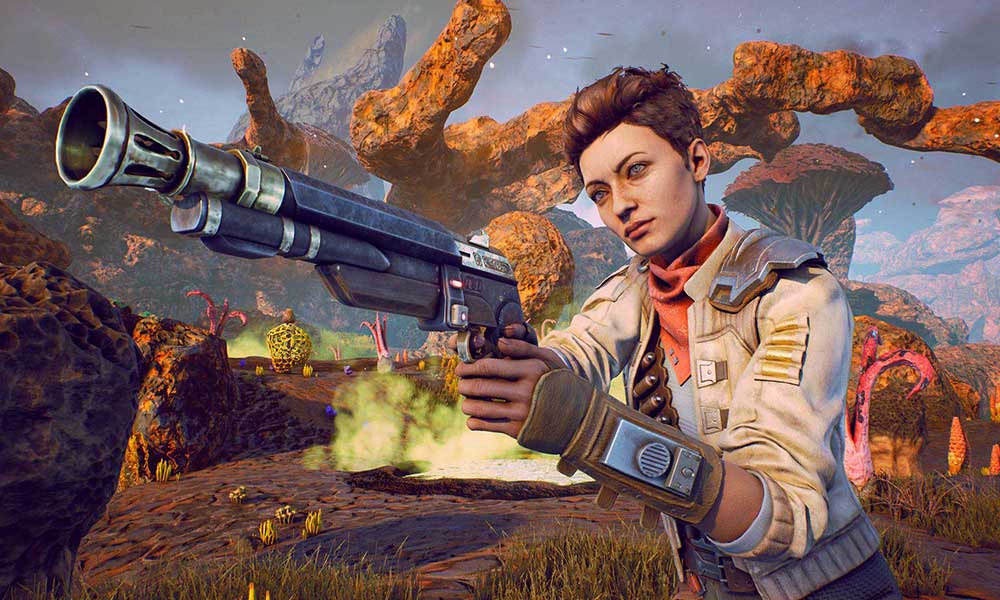 1. Switch out your game and switch back in

If this trick works for you then you don’t need to follow the rest of the methods. However, if it doesn’t work for you, make sure to check out other methods.

We assume that reinstalling the game should fix the black screen issue on The Outer Worlds game on your PC. You can comment below for further queries.

Must Read: The Outer Worlds Crashing at Startup, Won’t Launch, or Lags with FPS drops