Saints Row is the newly released action-adventure shooter video game set in ‘Santo Ileso’, a city of crime where a group of friends is creating havoc in criminal activities to become Self Made. Deep Silver Volition has done a great job with this title regarding the fun gameplay, stunning visuals, and better controls. However, some unfortunate players face the Saints Row multiplayer not working issue on the PC, which becomes frustrating.

According to several online reports, plenty of players cannot get into the multiplayer co-op mode with their friends. Whenever players are trying to join or add friends to the list, either the friends list does not appear to them or you find them in the offline status unexpectedly. Luckily, this is one of the common issues among multiplayer PC games, and there are a couple of possible workarounds mentioned below that should come in handy. 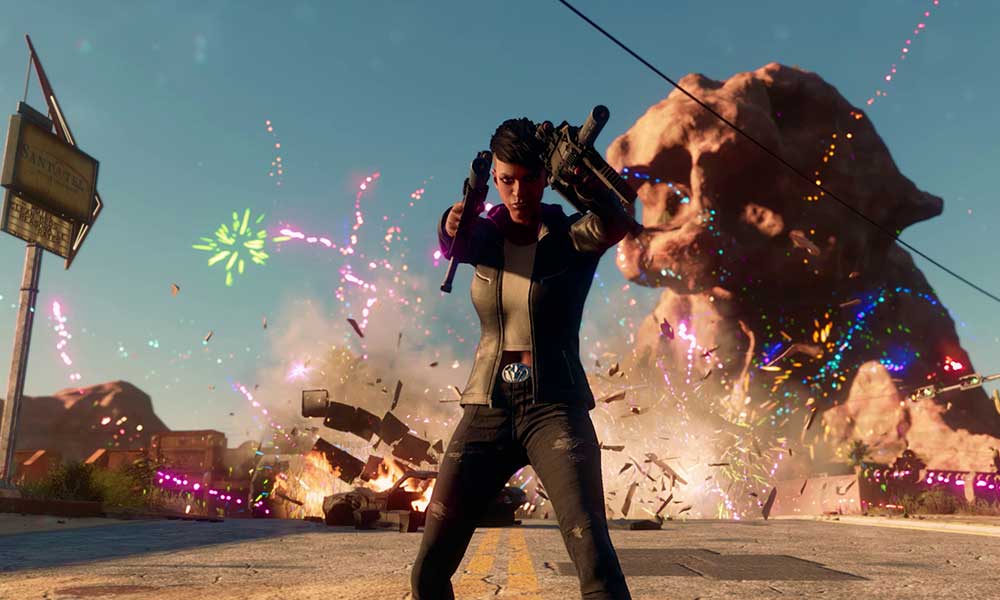 The first thing you should do is simply restart the Saints Row game on your PC or gaming console to check whether the problem has been fixed or not. Sometimes, temporary glitches or cache data can trigger server connectivity issues. So, just exit the game and make sure to close background tasks completely before launching the Saints Row game again.

In some scenarios, it’s better to simply reboot the gaming device, whether you’re using a PC or a gaming console. You should always try this method to ensure there is no conflict or system glitch on the device that triggers the multiplayer connectivity issue.

You should also try checking out the internet connection at your end because a poor or unstable internet network can eventually cause online connectivity issues with the game servers. If in case, you’re consistently receiving server connectivity errors on multiple games, then make sure to contact your ISP for further assistance. You can also ask your ISP to upgrade the data plan for better internet speed or change the IP address.

If you’re using a wireless (Wi-Fi) network, make sure to change it to a wired (ethernet) connection to get a stable internet speed. Advanced users can also try using the Google DNS address on their internet settings to get maximum speed or access to the game servers across the globe.

Another thing you can do is check out the game server status at your end to ensure whether there is a server downtime happening or not. The chances are high that your game server has some technical issues and there is an outage at the time when you’re trying to get into the Saints Row multiplayer mode. The server maintenance or downtime/outage can happen at the developers’ end there is nothing to do at your end.

You should visit the @SaintsRow Twitter handle and check for real-time outage reports. If there is a server downtime present, wait for around a couple of hours and then try again. If there is no downtime or outage with the server, you can follow the next method.

Sometimes only rebooting the game or device or switching the internet connection may be useless because there might be an issue with the Wi-Fi router. In that scenario, performing the power cycle on your Wi-Fi router can completely fix internet connectivity-related issues. To do that:

An outdated game version can also trigger multiple issues or conflicts with the multiplayer connectivity. If in case, your game isn’t up-to-date then make sure to follow the steps below to check for the update, and install the same.

It’s also recommended to verify and repair the game files on your PC via the Epic Games Launcher to cross-check whether the installed game files are corrupted or missing or not. The game launcher will do the job for you and automatically fix the game files-related issue. To do so:

It’s also recommended to turn off the Windows Firewall protection on the PC by following the steps below because sometimes the firewall system can block game files to run properly.

The chances are high that somehow your installed game files become corrupted or missing due to the recent update or anything else. It’s recommended to uninstall and reinstall the Saints Row game on your PC to check if the Multiplayer Mode Not Working problem has been fixed or not. To do so:

If none of the methods worked for you, then try contacting Saints Row Support for further assistance. Sometimes a support agent can easily help you with technical aspects or ask the agent to raise a ticket for this issue. So, that the game developers can investigate it deeply. Although resolving your issue and closing the ticket can take some time, it’s worth trying out in so many ways.