The Steam Deck is by far one of the most powerful handheld gaming consoles that allow users to play PC games via the Steam library. It can also be used with a bigger screen to get an immersive gaming experience such as connecting to the smart TV to see little details, textures, and so on. But somehow a couple of Steam Deck users are experiencing several issues with the screen not showing or not working on smart TV which becomes frustrating a lot.

Now, if you’re also one of the victims to encounter this specific issue with your Steam Deck and TV then make sure to follow this troubleshooting guide to resolve it. Steam Deck comes with an HDMI port and a USB Type-C port that you can use to connect to a bigger screen quite easily. But it looks like that due to some conflicts with the Steam Deck dock or the incompatibility issue with the smart TV, the screen connectivity doesn’t get synced properly sometimes. 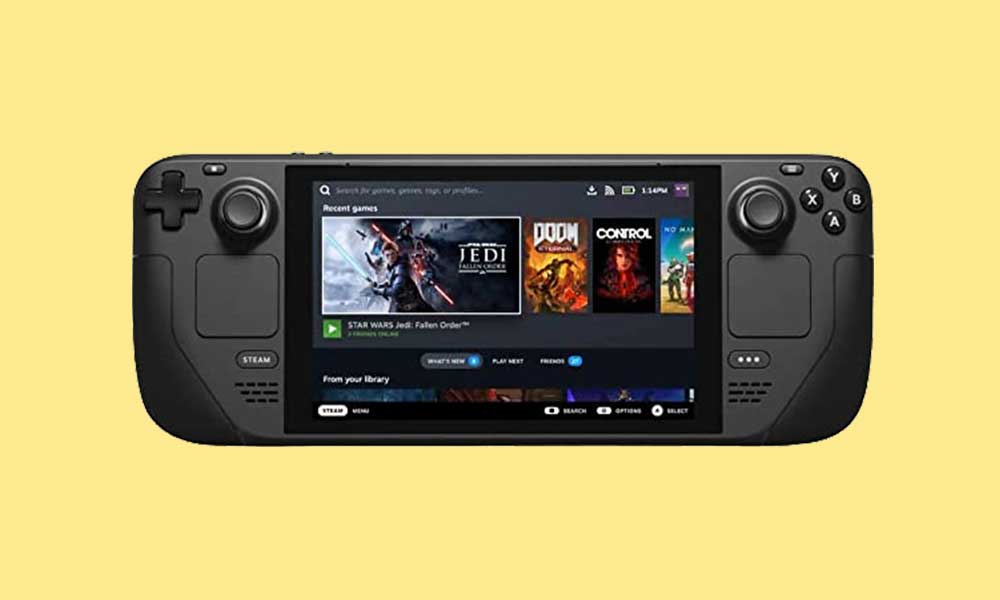 Fix: Steam Deck Not Showing or Working on Smart TV

If in case, your smart TV does have the HDMI port and the HDMI port on your USB Type-C adapter then the chances are high that you’ll be able to easily connect Steam Deck to your Smart TV. Unfortunately, multiple Steam Deck console users are facing the black screen issue or no signal message on the screen after connecting the official dock to the Smart TV.

Luckily, there are a couple of potential workarounds mentioned below that should come in handy. So, without wasting any more time, let’s jump into it.

First of all, you should restart the Steam Deck console by following the steps below to ensure there is no issue with the temporary system glitch. You can press and hold the Power button on your Steam Deck for around 10 seconds then forcefully reboot the device. You can head over to Steam > Power > Restart to perform this method.

You can also try checking out system updates on Steam Deck by following the steps below to ensure there is no outdated system version troubling you.

Try changing the HDMI cable to connect it to your smart TV. The chances are high that your existing HDMI cable becomes incompatible or conflicting with the TV.

According to multiple reports on Reddit, affected Steam Deck users have already fixed the issue by following the steps below.

Last but not the least, you should contact Steam Deck Support to get a quicker resolution. If required, you should create a support ticket for the same so that developers can investigate the issue deeply.