Recently, the players of Gundam Evolution are going through frustration as they have found the leaver penalty system in the game is so strict and harsh, which hampers the gameplay. In this post, we will discuss all the Gundam Evolution leaver penalties and how you can fix the battle ban problem for fair use of the game.

Users get banned with a dialog box saying, “The match ended, and the leaver penalty confirmed.” This leaves the player temporarily banned from playing battle matches for the next 24 hours, which sounds like a serious issue.

Before deepening this issue, let’s look at how Leaver Penalty System in Gundam Evolution works. We will also explore the strictness of the penalty system that players are complaining they’re getting temporarily banned for not breaking the rules.

How to Fix Gundam Evolution Error Code 503 Maintenance in Progress 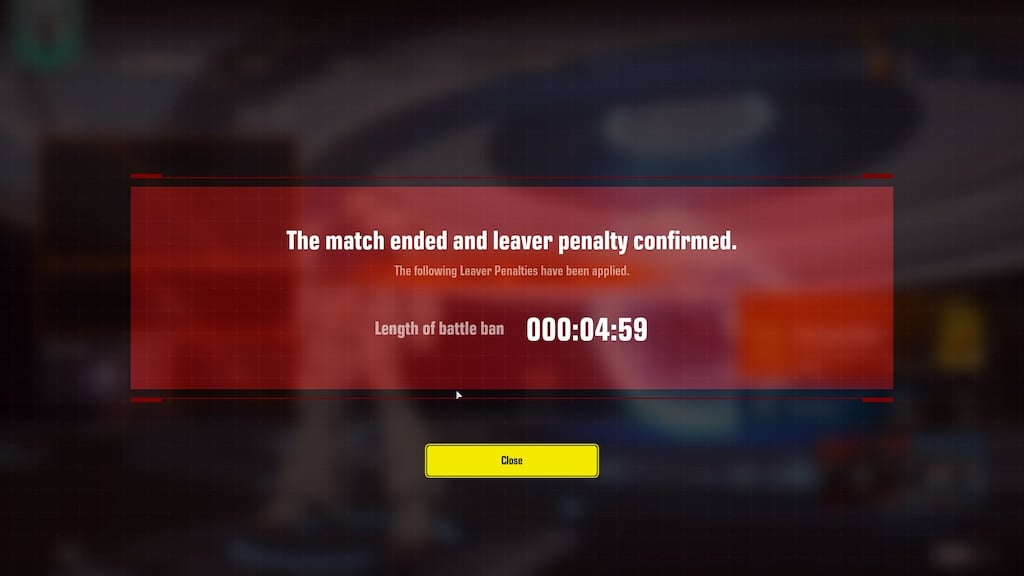 The Leaver Penalty System is a new security feature that temporarily bans the players who leave and rejoins the match. Since the feature is quite strict, it flags any suspicious activity while playing the online multiplayer game.

Even though the players can easily experience some network issues and can be flagged for a leaver penalty. This is the core reason for the developers to implement this system into the game, as no game can maintain its player base if the players come across multiple hackers in their gameplay.

When a player gets hit by this penalty system, they’ll immediately receive a temporary ban notice. After this, the system will not allow players to play a battle match for the next 24 hours.

Are you getting multiple ban notifications on the game without cheating? Several players of Gundam Evolution are reporting the same issue, and below are some troubleshooting ways to fix the same.

Method 1: Check Whether Your Internet Connection Is Stable Or Not

First of all, ensure you have not got bad internet speed. Even though the game developers said that leaving the match due to network instability will not trigger a leaver penalty against the player, the players say otherwise. So it is better to safeguard your network to avoid battle bans or leaver penalties.

When the game crashes, it’s well-known that the server will disconnect you, and your game profile will become offline immediately. This makes the leaver penalty system decide that you left the game and tried to rejoin suspiciously as you were completely offline.

Method 3: If Your Game Crashes, Check Why That Happens And Fix It

Some gamers reported getting hit by the leaver penalty because their game crashes. The common causes for these irregular game crashes are insufficient resources like memory or graphics memory, Overloading the hardware, Network, etc.

The game can crash due to a lack of software and plug-ins. If you find any dialogue boxes right after the crash, look for some information and try to download the missing software or plug-ins manually.

Method 4: Wait For The Developers To Fix The Server Issues

If you feel that the game crashes or disconnects immediately regardless of any issue from your side, like network instability or hardware overloading, feel free to know that it’s the issue with the game servers. In this case, the best option is to wait for the developers to fix the server issues.

We have confirmed that there are problems that prevent normal play, such as sudden disconnection while playing the game.
Regarding this, we are conducting continuous research and improvement in development.

We apologize for any inconvenience caused to users.

On September 23, the developers acknowledged that there are a few problems with the network servers and they halted the game for a few hours for maintenance.

The current maintenance is taking longer than expected. We now expect to finish the maintenance at 8:00 PDT.
Thank you for your understanding and we apologize for the inconvenience.

Thank you for your patience.

According to the developers, the issue will most likely to fix shortly as they will soon be releasing game patch updates. But it is important to note that the penalty system is so strict that even a network instability or a minor game crash can trigger such issues. So if you are playing the game, make sure you have the best internet connectivity and limit the instances of game crashes.