If the Houseparty app is not working as expected, take the help of the below guide to know how to fix it. During the initial phases, there were just a handful of apps for video and group calls. However, in recent years we are seeing the entry of new apps to this domain. Among them, two of the most common ones include Zoom and the Houseparty app. The latter, although not as popular as Zoom, is climbing up the ladders.

However, while the app handles these group video calls pretty well, sometimes it just hangs up or throws up a force close error. And that is the most irritating thing to happen. While sometimes it happens right in the middle of the calls, other times users are reporting the said issue just while they are about to launch the app. If you are among the users facing Houseparty not working issues, then take the help of the below methods to fix it right away. 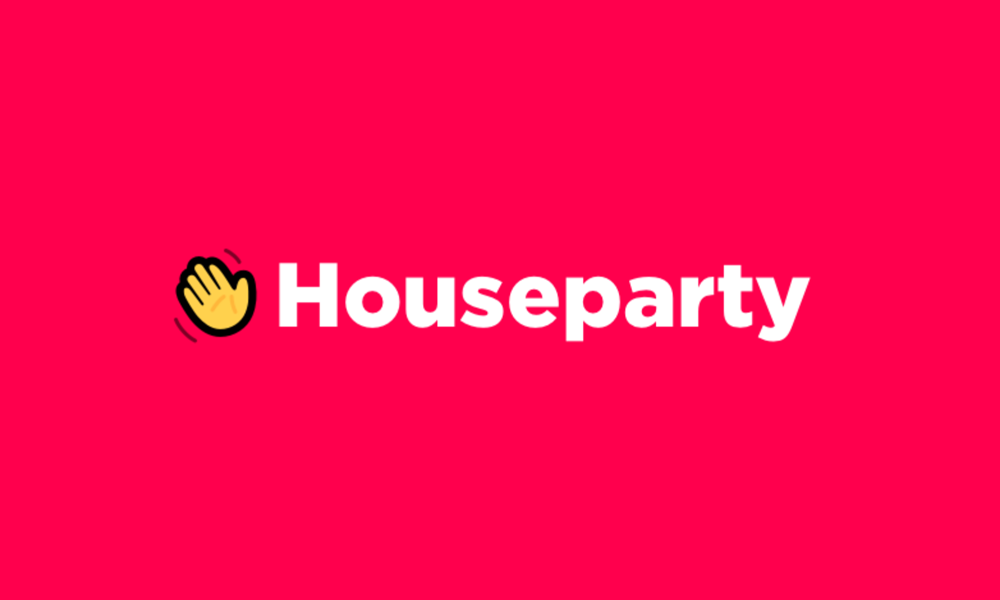 Let’s check out some of the ways through which you could fix the above-mentioned error. Follow along.

More often than not, a simple reboot is all that is needed. Just as your PC, your mobile device also needs a reboot every now and. This refreshes the Android OS and kills any background app running at the time. So go ahead and give your device a restart. Once that is done, launch the app and see if the Houseparty not working issue is fixed or not. If it is still there, then follow the next tip.

How to Fix Audio issue on Houseparty App: Sound Not Working 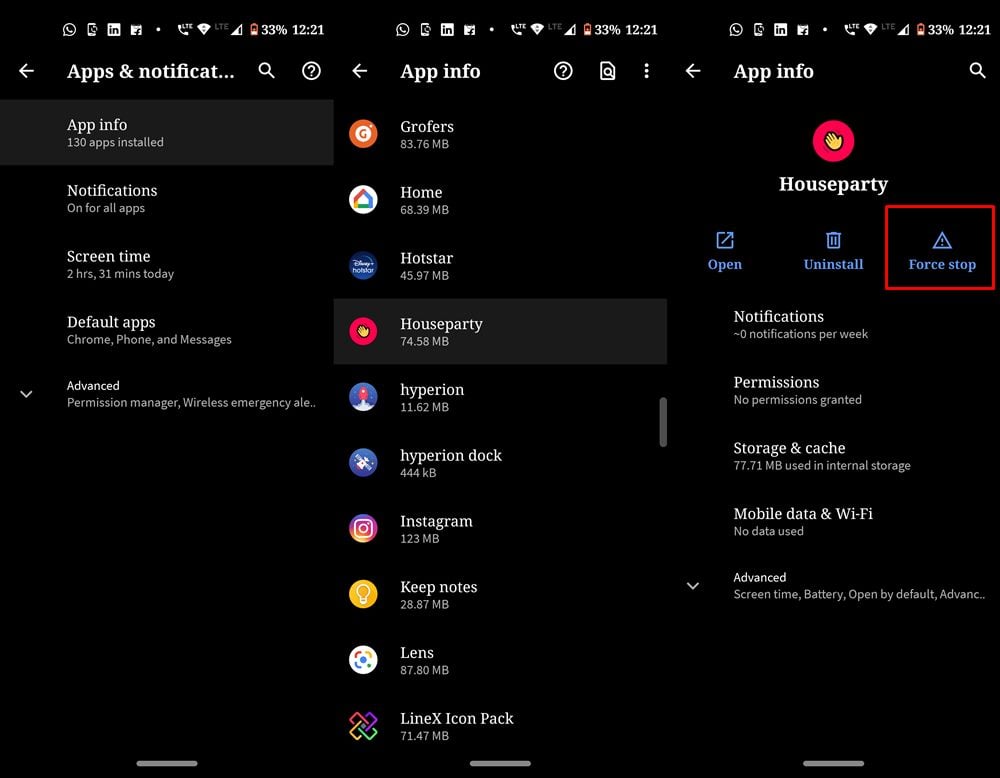 You could also try force stopping the app and then restarting it to rectify it. Sometimes, if you close an app, it might remain in the background and carry out some of its processes. In those cases, the next time you launch the open, it might partially load from the last stopped point, and this is what causes the app to crash. So head over to Settings on your device and go to the Apps and Notifications page. Then tap on App Info and scroll to the Houseparty app. Tap on it and then tap on the Force Stop option (in some devices it might be Force close). Once that is done, try accessing the app and check if the Houseparty not working issue has been fixed or not.

If you are using an older version of the app, then it might cause an issue or two. So head over to the Play Store and see if the developers have released a new version or not. If its there, update the app right away. The thing is, these new updates not only add new features but also bring about more stability to the app and fixes bugs as well. Once you have updated the app, launch it right away and the Houseparty not working issue could be fixed. However, if that’s still not the case, take the help of the next tip mentioned below. 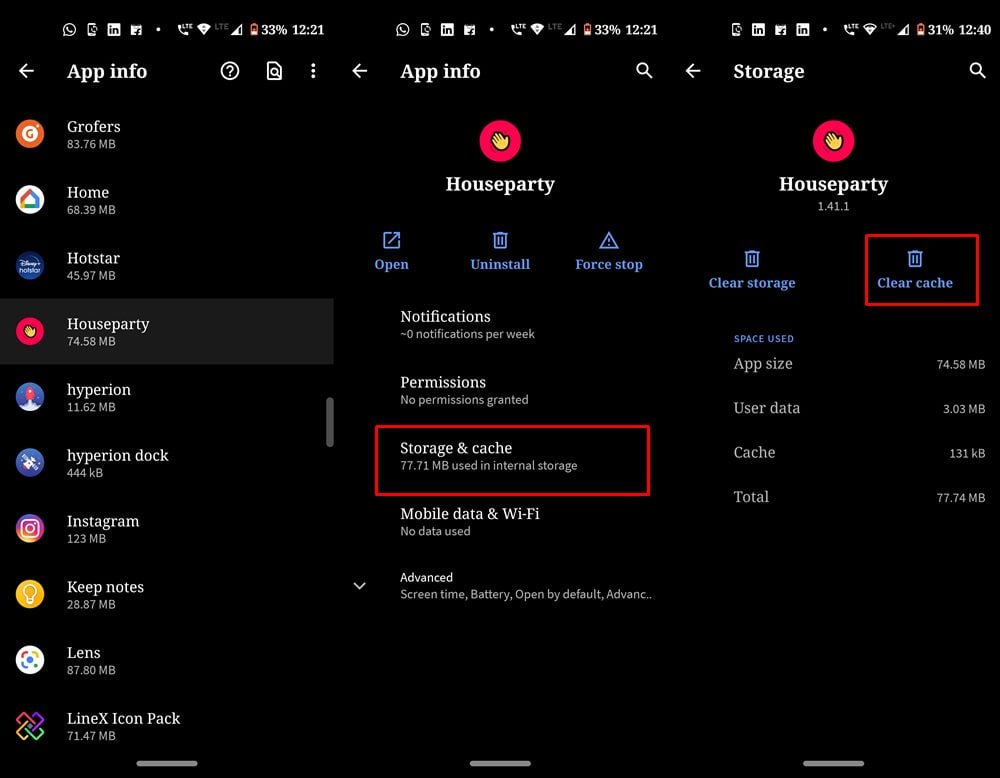 If chunks of temporary data are stored, it will conflict with the proper working of the app. These cache data accrue automatically with time but aren’t of any importance. So you could delete them right away. Not only could it fix the app not working issue but will make your device faster and will also result in freeing up of storage space. So to clear the cache of the Houseparty app, head over to Settings and navigate to Apps and Notifications. Tap on App Info and then scroll to the Houseparty app. Within that, tap on Storage and Cache followed by Clear Cache. The process will be completed within a few seconds. 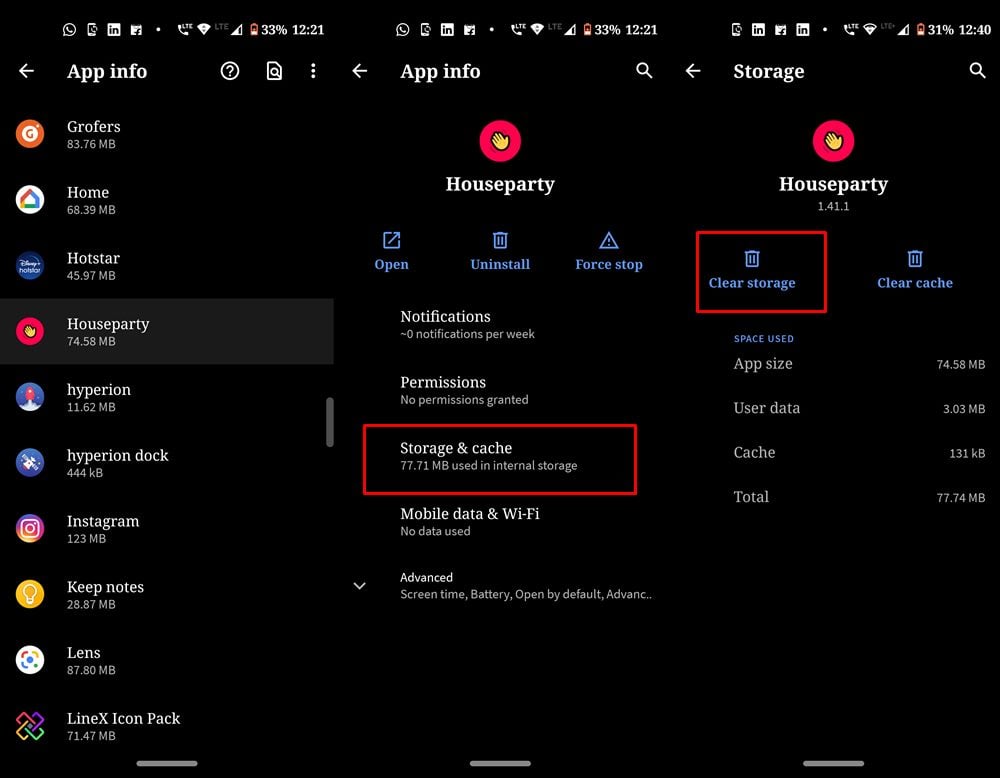 You could also try and bring back the app to its default state. The same is possible by clearing the app’s data. But as the name suggests, you will lose all the associated files as well. So make a copy of these files before proceeding ahead. Once that is done, go to Settings > Apps and Notifications > App Info > Houseparty > Clear Data (or Clear Storage). As soon as the process is completed, launch the Houseparty app and see if the app nit working issue has been fixed or not.

If the clearing of the app didn’t manage to rectify the afore-mentioned issue, then you probably have to give this app a fresh install. You might think that since we have already cleared the data and it didn’t fix the issue, so how will reinstall the app? Well, the thing is both these aren’t the same. When you clear data, it doesn’t remove all the associated files. Some parts of it remain in the Dalvik Cache and other related partitions. 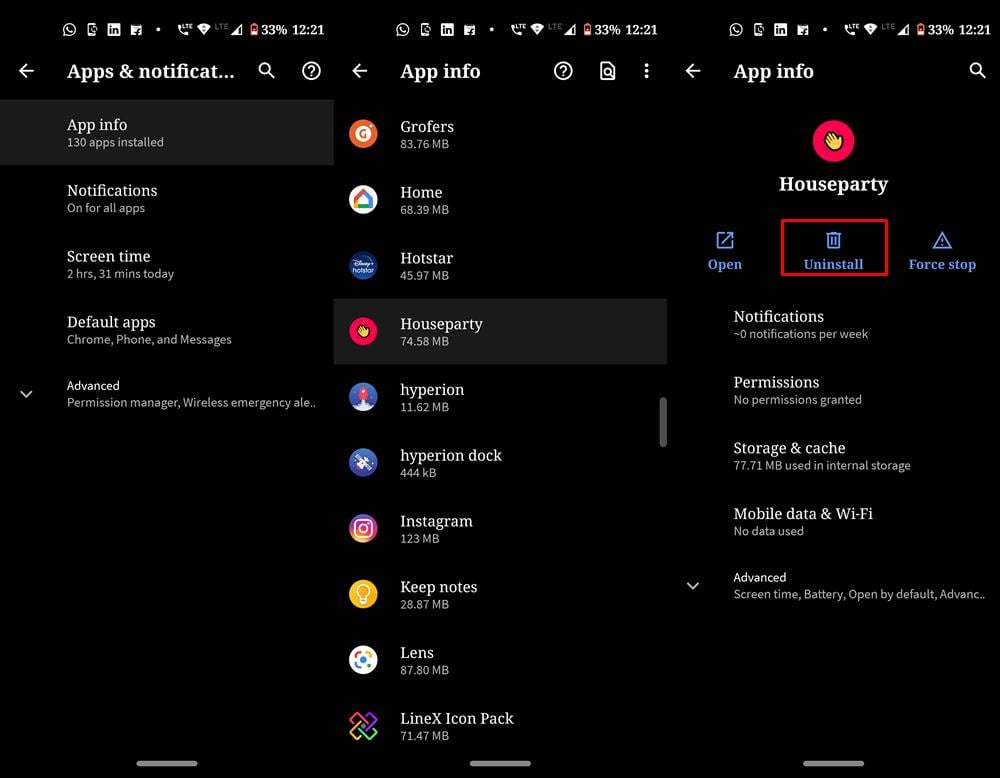 With that said, to uninstall the app, go to Settings on your Android device and then tap on Apps and Notifications. Within that, tap on App Info and then on Houseparty. Finally, tap on Uninstall to remove the app from your device. Now. download the app from the below Play Store link and see if the Houseparty not working error has been fixed or not. 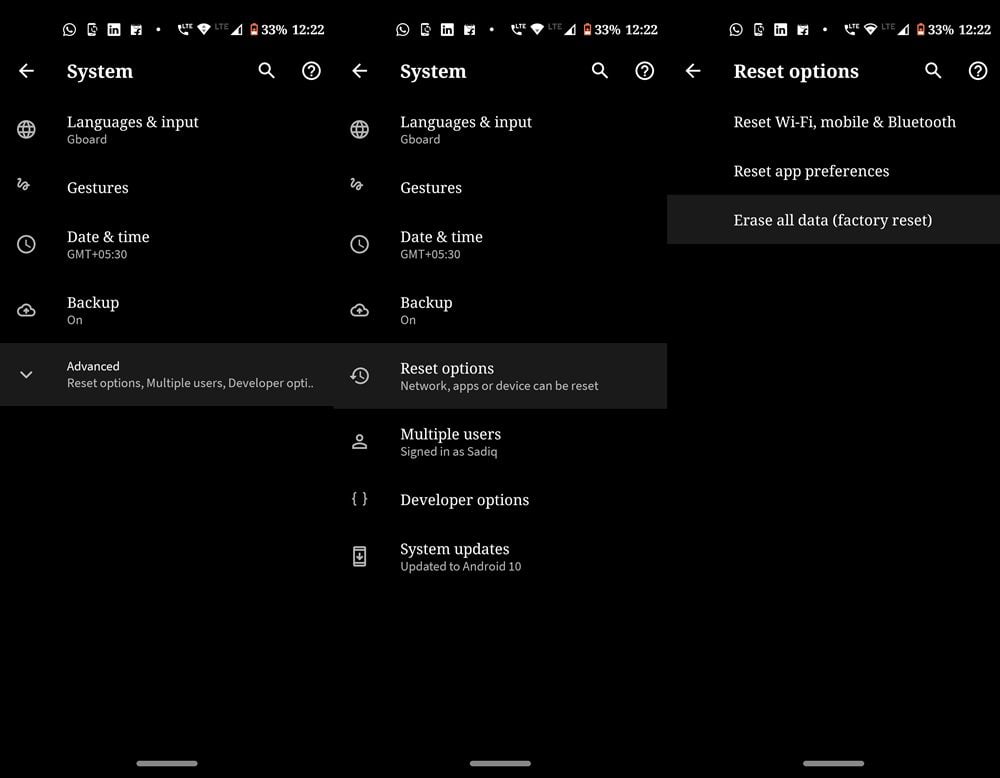 Look we get it, factory resetting the entire device just for one app might not make much sense to some of you out there. But if the app is of paramount importance and you need to make it run at any cost, then you might consider doing a factory reset. Before that, you should also make a complete backup of your Android device. Once that’s done, head over to Settings > System > Advanced > Reset option > Erase all data (factory reset). Now, wait for the process to finish. After that set up your device using your Google account and install the Houseparty app from Play Store. This should fix the issue.

With this, we conclude this guide on how to fix the Houseparty app not working problem. We have shared seven different types of methods to rectify this issue. Any one of the above might do the trick for you. On that note, do let us know which tip worked out in your favor. Likewise, here are some iPhone Tips and Tricks, PC tips and tricks, and Android Tips and Trick that you should check out as well.