Nokia smartphones are known for their long lasting batteries, however, as new smartphones have a lot of features and apps to handle. This puts a lot of stress on the battery and thus, the battery starts to drain quickly. Here, we encountered an issue with Nokia battery draining problems and how to fix it. Nokia, once the highest selling phone manufacturer and now, a new world smartphone brand with Android OS and comparative specifications which puts it ahead in the league of the best smartphones today but that doesn’t mean that these phones don’t have their weaknesses.

If you are a Nokia user, you have already seen that most of the Nokia devices suffer from battery draining problems after few months of usage. So, if that happens to you, what should you do? Well, don’t worry because we at GetDroidTips got your back. We have compiled a list of few methods, hacks that will enable the user to retain most of the valuable battery power as well as fix battery draining problems too so sit back and read. 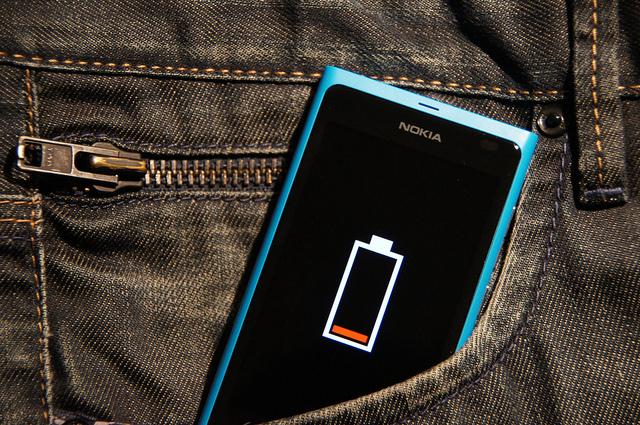 Disable Data/Wifi when not in use
This is something most of us do. When in a wifi zone, we turn on wifi and use the internet from it or from mobile data, however, we don’t turn off these services when not required. Note that when the wifi is On even if you aren’t using it and you are moving somewhere, the device will continuously search for available networks thus munching on the battery power. Similarly, if mobile data is on and you aren’t using it, its still consuming battery power and therefore, the battery drains itself quickly than usual. For a change, remember to turn these services off when not required.

Disable location services
Speaking of services, location is one of the major battery draining feature on your phone as it constantly connects the phone with antennas and satellites. Although location services are required for a number of apps to work, if you keep it enabled even when you aren’t using it at all, it will suck battery power indefinitely until you turn it off. Do you complain about Nokia battery draining problems while keeping these types of service enabled even when not in use, now you know the cause and also, the solution to the problem is to simply turn it off when not in use.

Clear RAM
RAM is a temporary memory on your device which supports the apps and services in real-time so that users can utilize it without any hassle. Now, apps consume segments of RAM which means, the number of apps, the more RAM it will consume. Although now the smartphones have 4GB or 6GB of RAM, there are a plethora of devices which are between 500MB and 2GB of RAM. When the apps are being used, a certain section of RAM says 20MB is used by an app while also consuming required battery power. It is better to destroy an app from using the RAM if not in use.

Clear cache memory
Another biggest host of battery draining problems is the cache memory. It is a temporary memory which stores bits of data from user’s last session on any app or services thus allowing the app to process faster when used for the next time. Cache memory quickens the processing time but if it gets corrupted due to any means, it can reduce the performance of the phone as well as introduce a number of problems such as screen freezing, flickering, unresponsive screen, performance issue, slowing down the device, and more.

There are basically three methods to delete cache memory from the system where the first one is located right at “Settings >> Storage >> Cache memory >> Clear cache”. Another method is to go to the “Settings >> Apps >> Downloaded” and then, tap on every unwanted app individually and tap on ‘Clear Cache’ and ‘Clear Data’ buttons. The third method is to wipe off the cache partition through the recovery mode where you need to boot into the recovery mode and tap on ‘wipe cache partition’.

Turn on power saving mode
It is highly unlikely but there are possibilities that your phone is still consuming more battery power than it must even after you followed all the methods aforementioned. Now, it’s time to turn on the power saving mode which is actually a feature that restricts apps to use more than usual battery as well as disables a number of services like mobile data, location, wifi, etc automatically. Power saving mode can be enabled if you are looking forward to saving battery further as it also reduces the brightness of the phone to a specific level.

Force Stop unwanted apps
Apps might appear to be good for your phone as it lets the user accomplish any task on a tap of the screen, however, apps are the biggest battery consumer. There are millions of apps available on Google Play Store free of charge which means, users can install any apps or games without paying any royalty. Most of us do this thing where we install apps that we either use once and forget or just keep it installed without any usage. Even after you aren’t using the app, it still consumes resources from the system and to keep it running, it consumes some amount of battery power.

This introduces the battery draining problems as it is one of the major cause. Therefore, if you want to lower the levels of battery draining, you must uninstall or disable unwanted apps. You need to visit “Settings >> Apps” to check out the list of third-party apps that you don’t require and tap on “Uninstall” button to get rid of it. But, in case if you want to remove bloatware or pre-installed apps for which, you won’t find an uninstall button, you can disable it by tapping on the ‘Disable’  button.

Practice a suitable battery life
There is a common notion that you must keep the battery at 100% as it enables the battery to perform optimally. Now, most of the users plug the charger and recharge the phone from any given battery percentage like 20% or 60% (randomly) to 100%. But it’s a Lithium Ion battery which usually lasts for 2 years at an average while its performance decreases considerably upon every recharge cycle. Thus, the most optimum battery percentage to keep the phone is between 50% to 60% that allows the user to accomplish any tasks as well as it’s easy to recharge the phone to 100% when required.

Update apps & OS
Apps which are updated may introduce some kind of anomaly and thus, it needs to be fixed. It can introduce bugs with varying problems of which, one if battery draining where the app will consume more battery power than usual. On the other hand, if the OS or firmware is outdated, it may introduce similar issues and thus, keeping the OS and apps updated is the best way to get rid of the issue. You can check out the available updates for apps where you can go to “Google Play Store >> My apps and games”. To check if you have received any update or patch for your firmware, you can go to “Settings >> About Phone >> Software update >> Check for updates”.