To charge is one of the most basic tasks a smartphone has to comply because without it, no matter if it’s the world’s fastest smartphone, it is nothing without a battery that recharges upon draining. We are talking about Mobiistar not charging problem which is profound and that’s the reason why people have started complaining about the issue and how to fix it. Since a phone’s battery last only few hours, it becomes imperative to find a way out to recharge the battery or else, you’ll either have to stick to another phone that you can either buy or borrow. So, here’s what you can do about the not charging problem that many users irrespective of the smartphone model and make are facing. 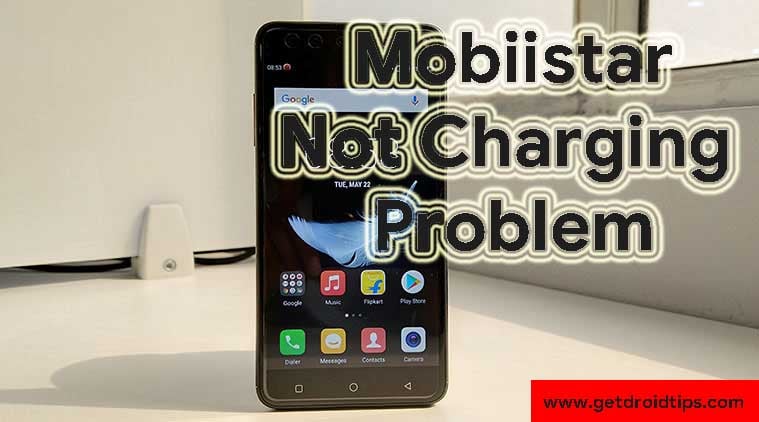 How To Fix Mobiistar Not Charging Problem?

Although the methods explained below are effective but its effectiveness can vary since every smartphone and the not charging problem that we are tackling here is different in some ways.

If there is no apparent reason why the phone suddenly stopped charging, it could be a minor software glitch that requires a simple reboot and that’s all. If that doesn’t help you, you can practice forced reboot that actually performs a battery pull and might kick-start its function to charge properly. Although we all know how to reboot the device, the question that to the mind of many people is how to force a reboot? The answer is simple, you’ll have to press power button along with volume up or down key together until the phone reboots itself. Rebooting the device is a common practice recommended by experts as it tackles system crashes, resolves minor glitches and boosts the phone’s performance further.

As said, every device can have a different reason behind it’s not charging problem. It is highly possible that your device is outdated and that’s stopping it from charging the battery due to a bug or error that has escaped into the system via the internet or any other means. You can always update the firmware if it’s under Android’s support but in case if your device is older than 2 years after its original date of release, you can roll back to a previous Android version and resolve the issue.

Check if there’s debris in the USB port

There are various components involved in charging a phone of which, one is the USB port or socket on your phone which is a tiny hardware component with a tiny metal tab inside it. The USB cable’s port attaches with the metal socket inside the USB socket on your phone using the interlocking mechanism to enable the smoother flow of light from the charger to the battery. But if there’s any speck of debris, lint, dust or pieces of paper or any other thing, the connection between the USB socket and the USB cable is not instated that will either result in slow charging or it could fluctuate charging and no charging or even worse, it could stop charging at all.

You can use a needle to scrape off the debris inside the socket but you need to be gentle and apply no pressure at all since the metal tab is delicate and can deform even if a slightly greater pressure is applied and that will make the USB socket damaged and liable for repair.

What to do if the USB socket is damaged?

Take a torch and check if the metal tab is proper or not as any deformity can cause a problem while charging. If it’s deformed, you need to report it to a technician and get it repaired or replaced but never do it on your own unless you are knowledgeable enough to do so.

If there’s nothing wrong with the USB socket, it’s time you verify the charger. You can verify it by plugging it into another phone and check if it works or not. Use another phone as a reference so that you can narrow down the culprit from the given list of methods. If the charger is working properly with another phone, there’s something to do with either other components involved in the process i.e. USB cable or socket on your device. But if it doesn’t work, you can refer the next step to find the culprit.

Take another USB cable and plug it to the same old charger and your phone to verify if the cable is properly working or not. As a matter of fact, it’s a cable and it is prone to twisting, cutting, and other damages that can damage it completely and thus, it will render it useless. If the phone charges with the new cable, then it’s obvious that the old cable is damaged. Repeat the same procedure with the charger with a new cable and check out if the phone charges and if yes, then it was probably the charger at fault.

Verify the power source or outlet

Now that you are actually troubleshooting the various components involved in charging a phone, check out if changing the power outlet renders different results. It is possible that the power source you are utilizing is damaged or not working properly because of which, you are suffering from not charging problem.

There is an alternative that can help you fix phone not charging problem if you are unable to find if the USB socket, cable, or charger was damaged or not. You can use a wireless charger subjected to compatibility that will itself resolve the Mobiistar not charging problem. But if it fails, then the fault is with the battery that you can change or get it repaired from nearby service center. Hopefully, the methods that we explained above helped you resolve the issue. But there are still many issues that need to be tackled.

Why is my phone charging slowly?

If that’s one of the problems that you are facing, here’s what you can do to fix it. Firstly, avoid using apps that are extremely power-hungry because these apps will use a good chunk of battery even if the phone is on charge. It is also possible that the phone is drawing more power from the battery to support the various processes and apps that you are using compared to the charge it draws in from the charger which means, the phone is drawing less power while using more and that’s what introduces the anomaly wherein the phone loses battery even when on charge. If the charging is slow, check if there are any power-hungry apps and close it. You can force stop these apps by going to the Settings >> Apps >> Running.