Almost all high-end ‘Sony Mobile’ smartphone launched after 2012 have a certain degree of water-resistant coating on ‘em which makes it easier for the user to use it even under water with a maximum depth of a meter or less which varies depending on the model and other factors. Sony has a vivid array of smartphones in vivid segments and varied specifications which allow the user to pick one according to his/her budget as there are enough options available for each category. Irrespective of the segment, if your Sony smartphone is water damaged, you need to act fast in order to get it fixed right away without wasting much time. In this blog, we are going to discuss how to fix Sony water damaged smartphone so stay tuned. 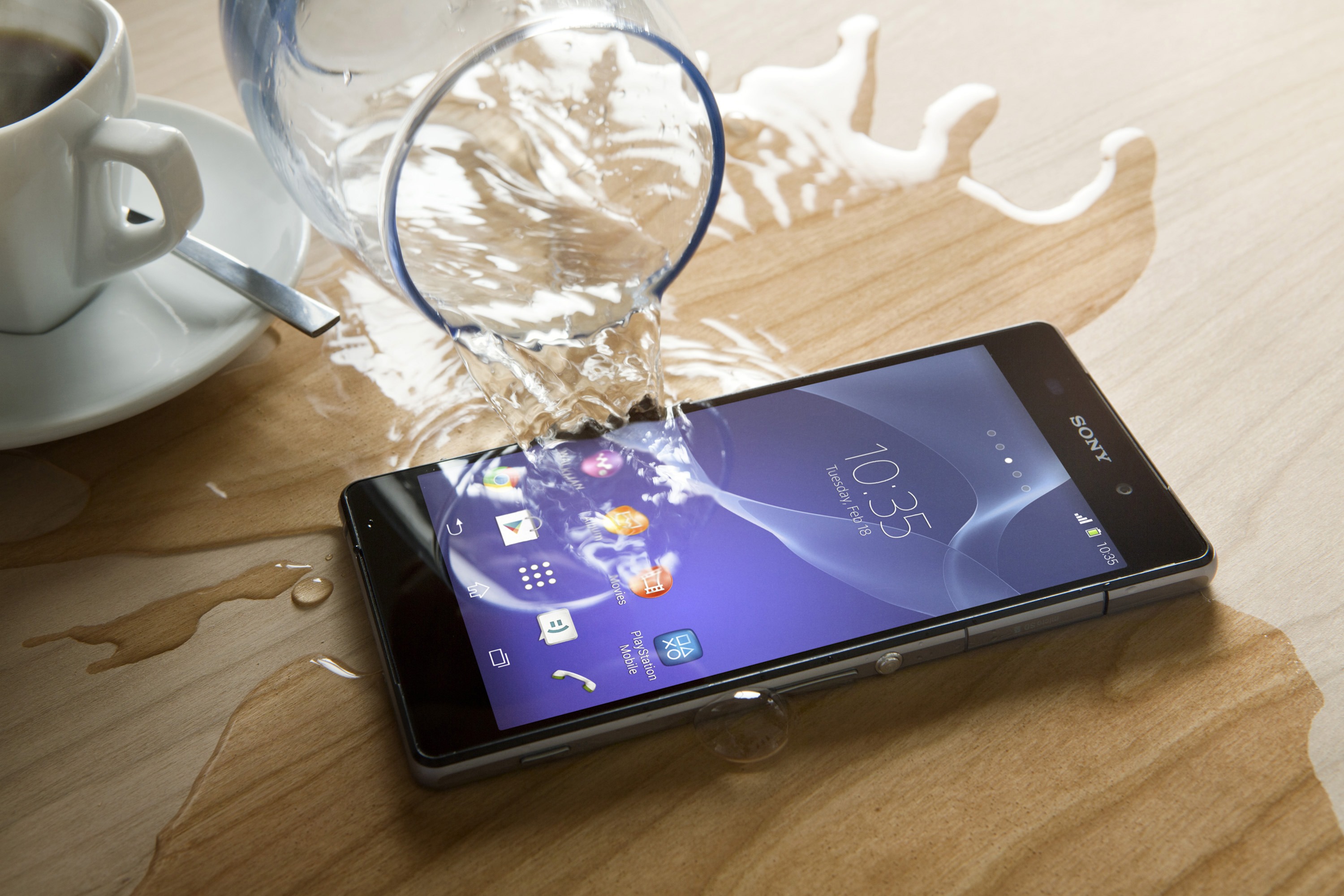 Remember that if your phone had a water-proof coating or resistance factor such as IP67 or IP68 or others, you have a greater chance of reviving the phone even if it has switched while the phone was in contact with water which usually damaged electronic devices. But if your phone lacks such protection, you need to act fast and follow the given procedure to fix the issue which is applicable to all water damaged smartphone.

The Don’ts
Before we can commence with the procedure to fix Sony water damaged smartphone, you must know that there are some “don’ts” which as the name suggests, you shouldn’t do as it can damage the phone even further or in worst cases, permanently.
To not press buttons – This is the first thing anyone who is panicked after dropping his/her phone in a pool or toilet or if the user dropped water or any liquid on the phone. So, do not panic and do not press buttons unless specified in the extract.
To do shake – Another thing not to do if your phone is water damaged is not to shake it since it can push the water or even droplets of water deep into the PCB where it can cause much more damage than usual.
To not heat/blow – If someone says that you must do it, the answer is NO because if you blow or heat up the phone assuming that either the water will push out of the phone or it will evaporate. The answer is no it won’t and in fact, it will damage the phone pretty bad.

Here is what you must actually do…
Step 01: The moment your water drops or slides into a pool or toilet or if you dropped water or any other liquid on it, do not panic and quickly move the phone to a dry surface.

Step 03: Now, disassemble the phone cover or case, back panel, SIM cards, memory cards, and all other accessories that can be removed and keep it on a dry surface.

Step 05: Take a vacuum cleaner and gently dry off the accessories that you already removed as well as the phone without disturbing its location and shaking it abruptly.

Step 06: Once you have cleaned excess water, its now time to remove all the water stuck in the PCB and elsewhere which also includes moisture. Take the phone and put it in a ziplock bag and fill up the bag with clay litter sand or with uncooked rice or silica gel which are great water absorbent. These things will absorbent the remaining water as well as the moisture from the phone making it dry.

Step 07: Note that the process takes around 3 to 4 days which must be compiled in order to expect favorable results. After the stipulated period, take out the phone and follow the next step.

Step 08: Now if you can manage to disassemble the phone and dismantle touch screen, PCB, cables, and other components, you can take Isopropyl Alcohol (99% pure alcohol) and dab it across all the components that will remove residue, corrosion, and dirt and help dry off the PCB even further. You can blow without spitting in order to evaporate the alcohol after you have applied across all the surface. [Note that if you phone successfully started operating after Step 07, no need to perform Step 08].

Step 09: Finally, reassemble the phone using reassembly videos available on the internet or with the help of technicians who will be the last resort if this technique doesn’t work.

Report the issue to a service center
The truth is, the severe the water damage, the difficult it is to revive it using this or any other method. If you think that your phone got too damaged as it went deep into the water or it was in the water for a longer duration, try this method and check if it works or not, although most of the water damaged smartphone do not light up again without any repair. If you think that your phone is one of them, report the issue to a service center and get it repaired. Although you will have to spend more on the phone depending on the severity, you can prevent the phone from dying because of water damage which is one of the biggest reason why smartphones are damaged. Do let us know in the comments below if this method worked for you or not.