Realme are one of the latest addition to the Oppo family where the former is an independent subsidiary that offers mid-range and budget smartphones with decent specifications. But even after all this glam, Realme smartphones suffer from not charging problem which might not affect all its smartphones but it is pretty common in all smartphones irrespective of the make or model and Realme is not an exclusion.

The problem could be introduced due to hardware or software failure and if you exactly know what’s wrong, you can jump into the required category listed to find a fix but since most of the users don’t actually know how to fix a not charging problem, here’s everything we know and can do about fixing it and these are the methods that can help you with it. 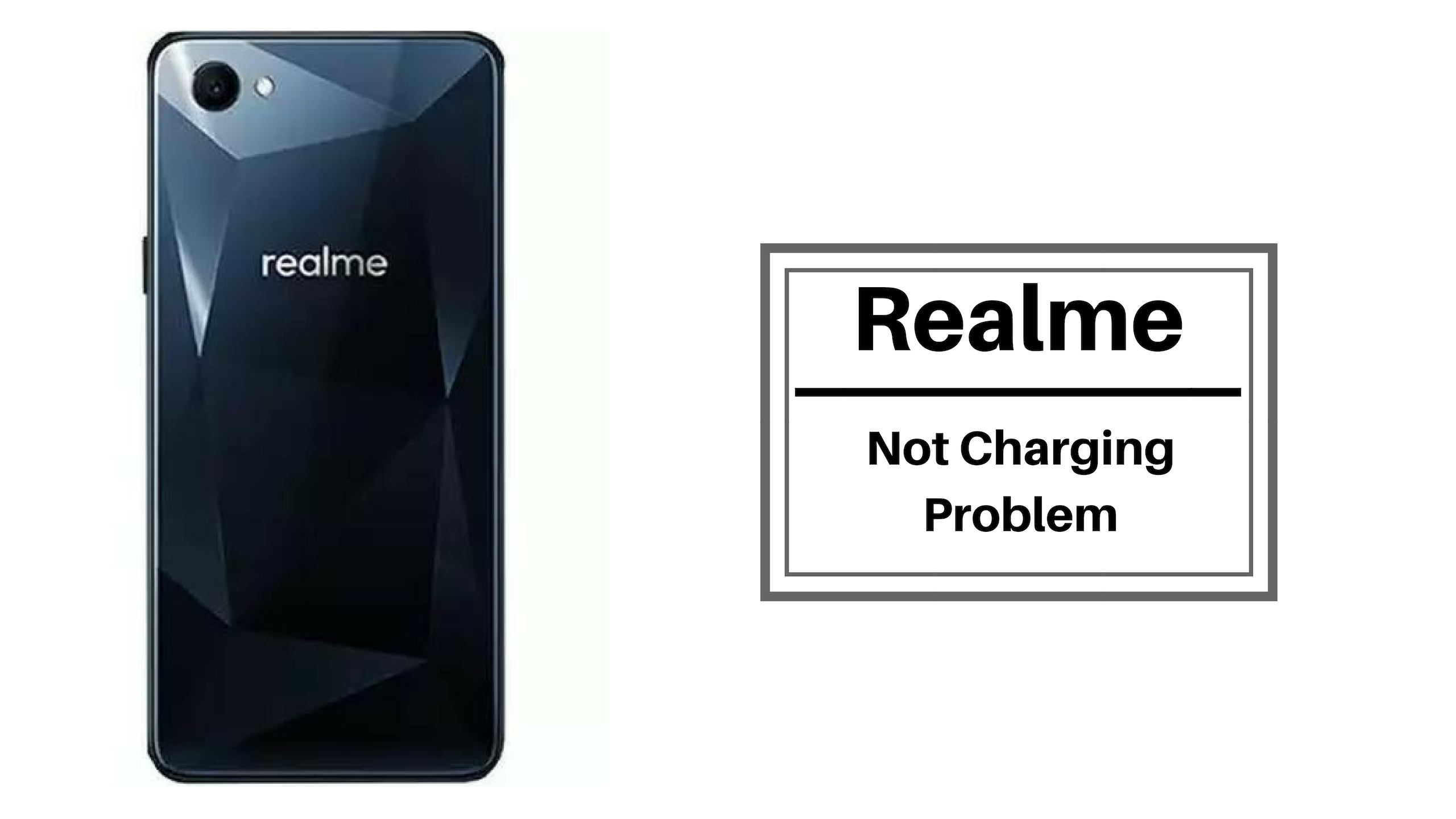 How to fix Realme Not Charging problem?

What to do if it is a software issue?

Assuming that you aren’t aware of the culprit, these methods that verify if the software is at fault or not, would help either detect the culprit or eliminate any software component as a probable cause and move towards the hardware side.

Yes, if your phone isn’t responding to the charger, try turning off the phone and wait for few seconds before rebooting it. This must resolve any temporary issue the firmware or any particular app might have gone through when you connected the phone to the charger at first. This is an effective solution and must work in most cases although it is not a universal solution.

The mighty airplane mode can resolve the issue quickly as well although the underlying reason about how it works remains a mystery. Anyhow, to use this method, simply toggle ON the airplane mode and turn it back OFF and repeat the same several times. Check if the phone can finally detect charging and if not, proceed with other methods.

Shut down all the apps

Apps consume resources such as storage, RAM, power backup, etc. Having too many apps open at once can create a number of problems like overheating, battery draining, etc. We have noticed that too many apps can also become an obstacle when you are trying to charge the phone although it doesn’t happen often (it is rare) it does happen. So, try to shut down all apps and try again.

Yes, app conflicts are indeed real where a newly installed app can either cause problem accessing a former app or vice versa. Also, apps can cause the phone to respond abnormally in some cases such as when you try to plug in the phone to a charger where a driver runs to enable the battery draw power from the power source. We usually recommend visiting the safe mode which is a diagnostic center where the user can actually check if a pre-installed or downloaded app is causing the issue or not.

Note: If the phone responds the same, it could be because of a hardware issue or a pre-installed app but if it doesn’t, it is surely because of a downloaded app that you can get rid of by uninstalling the apps in descending order.

It is quite possible that outdated firmware and/or apps installed on the phone may have caused it to suffer from such a problem. The quickest way to get rid of it is to fix it. Simply update the apps from the Google Play Store. And, upgrade to the latest firmware update if available by diving in ‘Settings >> About Device >> Software Updates >> Check for updates’. If it is unavailable, you can check out custom ROMs that are available at disposal too.

By virtue of software, if the Realme not charging problem is due to any ‘xyz’ software issue, you need to restore the phone to put an end to it. Doing so involves a specific procedure wherein you proceed to the recovery mode using power + volume down button when the phone is turned off. After a few seconds, an Android logo will appear on the screen and that is when you leave the keys and wait for the phone to boot in the recovery mode.

Select ‘clear data/factory reset’ from amidst the menu using the power button to select and volume rockers to toggle or as per advertised on the top of the page. Next is to confirm by tapping on ‘yes — delete all user data’ and bingo.

What to do if it is a hardware issue?

It is very often a hardware issue since charging a phone involves many physical components and failure or disjunction at one point can cause repercussion on other components as well. It is better to go through these various methods to narrow down the culprit in case you don’t know what has gone down.

What are the hardware components involved in charging smartphones?

To summarize, components involved in the charging process are the battery, charging port, USB cable, charging brick, and power source so let’s see what we can do to scrutinize each aspect.

It is highly unlikely that the power source that you use regularly is causing the not charging problem, however, you need to verify it anyhow to cut it off the list of culprits. For this, you’ll need to plug in the charger to a different power source or plug and check if it is working or not. If yes, the power source is the issue but if not, please proceed with the rest of the tips.

Dropping it accidentally or aggressively using it damage it. Also, frequently plugging and unplugging the Standard-A (USB 3.1) end of the cable which is connected to the charging brick can cause wear and tears or corrosion due to the accumulation of moisture or water (water damage), etc. Thus, you need to scrutinize if the brick looks fine or not. Also, shake it gently to hear if there’s any broken object inside the brick which usually occurs when something inside is broken due to falling or any other reason.

Still, no error found? The next is the USB cable which is one of the components that are subjected to heavy wear and tear. Holding it in an inappropriate position or folding it constantly or stretching can damage it totally. Cuts caused by wears and tears are also one of the reasons why the USB cable succumbs too easily. If you can find any possible signs of wear and tear, it is crucial to replace the cable or else it will become useless in some time in case if it is still working. You can switch the USB cable to check if the phone is charging or you can try the same cable on a different phone to verify the case and the result will be clear.

This is an another aggressively damaged component which is often the cause of the Realme not charging problem. It is because this component is small or delicate and it is subjected to wear and tear due to our constant plug-in and plug-out sessions when trying to charge the battery to continue social networking and other tasks.

Also, it attracts lint and debris like no other component which is again the cause of issue since it either would block off the phone’s charging capability once-and-for-all or it would either cause the phone to fluctuate between detecting a charger and not constantly which is annoying. You can scan if there’s any debris stuck using a flashlight and use a needle to remove it while you can also check if the metal tab is okay or not since any deformity can affect charging too.

Lithium-Ion batteries are subjected to degrading overtime when the lifecycle raises and thus, you’ll see a decline in performance after months of usage. If you have a removable battery, check if it is proper or is it swollen or if the battery is leaking in disfigures which are all signs of damage. It is better to replace the battery in such cases to avoid it from exploding (rarely). A damaged battery or degraded battery could be the reason why you are unable to charge the phone.

Get it fixed professionally

This is the last resort you can opt for if the problem is still undetected. Walking in to an authorized service center or provider gives you insight on what’s actually wrong and how the technicians would fix it but it will attract repair charges which are not a big deal since reporting the issue to a third-party service center would get you a better deal but will defunct the phone’s warranty as well. Finally, this is how you fix the not charging problem on your Realme smartphone. Hope this guide helps you stay clear of this situation in the long run.