Apple launched it’s iPadOS with some significant update in 2019, Which differentiates the iOS and iPadOS. Apple introduces the Side Over Feature on iPadOS. Which is one of those features, but people didn’t know how to use that Slide Over feature. You can use this feature to open a second app in a Sidebar alongside the Full-Screen app. Apple rolled out this feature to iPad Mini 2, iPad Mini 3 and iPad Mini 4. Even on iPad Pro and iPad Air Models, you check all models here.

It is a feature that allows you to use a Secondary app in an iPhone mode on the edge of your iPad. Sliver over functionality is quite handy because it Slide over features was seamless and boosted your productivity. Many users use to perform multitasking, Because it rolled out recently with iPadOS 13 not the majority of the users were aware of this feature. Also, Users have to enable this feature manually, suggesting why not a large group of people used to this feature. Today we are going to teach you how you can Enable and Switch Slide over Apps on your iPad.

Slide Over on iPad

iPadOS algorithm continuously tracking your recent apps in the dock to open a secondary app that you open in Slide over so you can switch between them seamlessly. Slide Over feature commonly used to perform secondary app over primary app Like you are on Map, but at the Same Time, your Friend calls you over WhatsApp.

How to Enabling Slide Over

How to Open Secondary App in Slide over 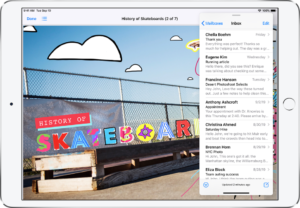 Note: If any open already open in Slide over, then it replaces with the new app that you drag from the dock.)

Note: There was some app that doesn’t support Slide over a feature like Apple Notes.

How to Switch Between Apps in Slide Over 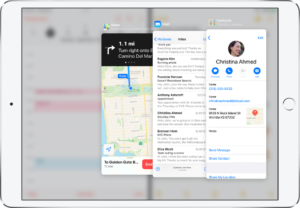 How to Move the Slide over Window 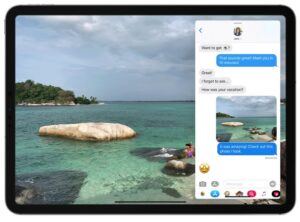 How to Turn Slide Over into Split View 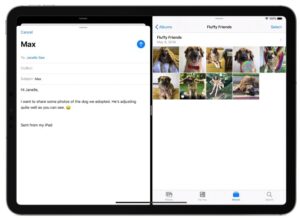 You have to drag the top of the Slide over a window to the lower right o lower left of the screen.

How to Drag and Drop Between Apps in Slide Over 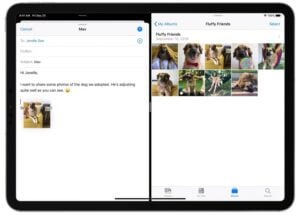 You can Drag and Drop any text, Photo, and Files from one app to another app.

Hopefully, it helps you to use Slide over in a sort of productivity and efficiency deliver a Seamless experience. We like to know your thoughts in the comment section down.