All the interested Huawei Mate 20 users should receive the OTA update those who’re using the EMUI 9.1 stable version. However, the OTA update may take a couple of days or more in order to receive the update notification globally. Meanwhile, we will recommend you check for the OTA update manually by following the below steps. If in case, you’re not getting the update, then follow the below guide to flash the firmware. 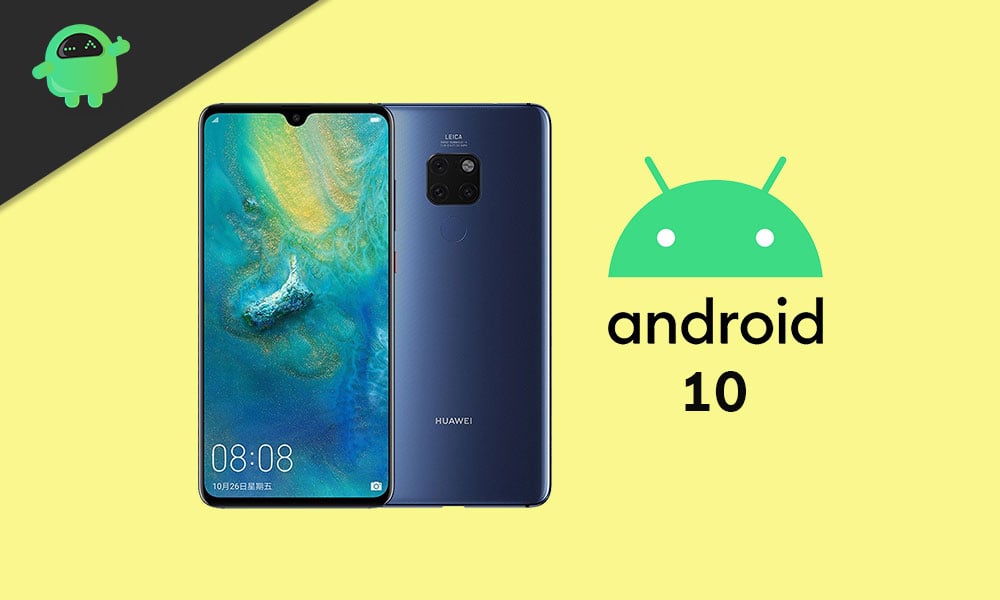 In order to check the latest software update on your Huawei Mate 20 device, head over to the Settings -> System -> Software update -> Check for Updates. If an update is available, it will show you the prompt to download it.

Proceed and install the update but the update file size will be around more than 4.5GB. Therefore, ensure that your device is connected to a Wi-Fi network and have battery juice more than 60% minimum.

However, some of the Huawei Mate 20 users recently reported that they have received the EMUI 10 based on the Android 10 OTA update via Huawei’s HiCare app.

If your Huawei Mate 20 handset doesn’t receive any OTA update yet, then you can manually install the EMUI 10 firmware update file on your device. Let’s take a look at the requirements and downloads below.

GetDroidTips will not be responsible for any internal/external damages to the device that may happen while/after following this guide. This version is designed for you to experience new software features in advance, thus giving us feedback for further software improvement. Below are known issues with this version that may affect your daily use. Do not install this update if you frequently use the apps or features concerned.

After following all the requirements and downloads, you can now follow the firmware installation process on your Huawei Mate 20.