One of the most tiring fights you will have in Warframe will be against the boss of the Venus System, the Jackal. It is a mechanized robot with four machine legs for movement, two front-facing Gatling guns, missiles, a slam attack, and cluster grenades. So how do you defeat someone who is so well equipped with weapons? What are the other challenges you will face in every round against it? Let’s find out.

Now you will encounter Jackal in the Fossa node of the venus system. And what makes this battle a tiring one, is the fact that the Jackal has some healing abilities too. So unless you attack it relentlessly, there is no chance you can clear this mission. So what kind of strategy is best against this mechanical giant? That is what we will take a look at in this article. And if you are someone who is stuck in this mission, then this guide will be useful for you. 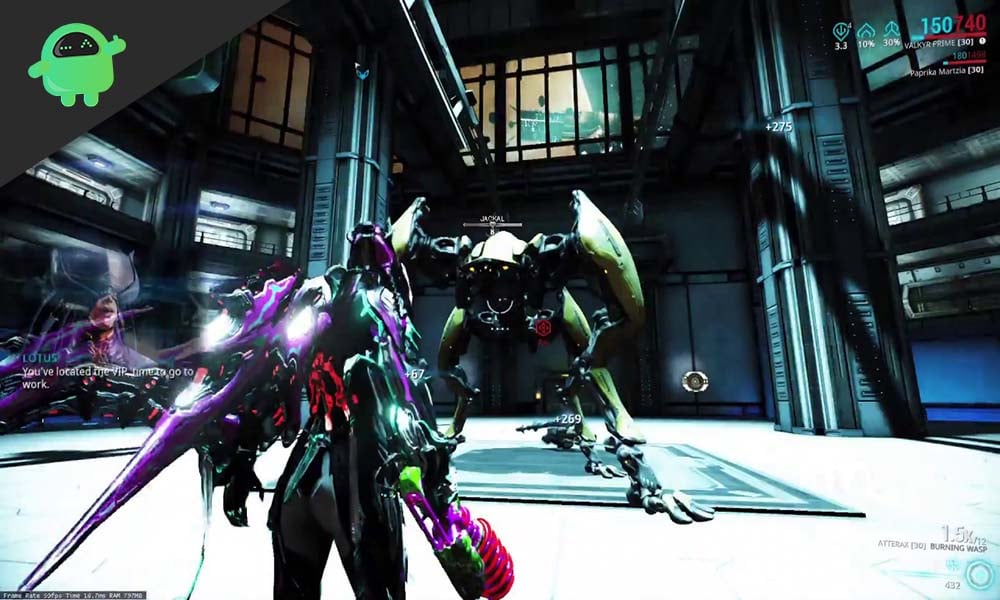 How to defeat the Jackal?

As mentioned above, Jackal is a mechanical robot with four machine legs keeping it in balance. But what increases the difficulty, is the Jackal’s continuous firing with the two Gatling guns. You can those them by taking cover. In the arena where you will face off against him, you will see that there are four pillars all around. Use these pillars to your advantage and hide in them when the Jackal starts firing.

While avoiding the gunfire, keep attacking one of its legs as too much damage to a single leg will make him off balance and fall. As soon as that happens, the Jackal will levitate, and then it will sweep the room with lasers. To avoid these lasers, you have to run away from them very quickly. Even the pillars won’t save you this time as they, too, will be destroyed by the swooping lasers.

After firing the lasers, the Jackal will fall to the ground and then start regenerating its broken leg. Run-in with a Parazon right at this moment and stab him in the injured leg. This will stop the healing process. Now the Jackal will move to a new arena where there will be four pillars again. Just like the previous, it will attack you with the Gatling guns, and you have to attack one of the remaining legs. Once it is destroyed, it will again levitate and push out lasers. Avoid those lasers again, and as soon as the Jackal falls on the ground, run in and hit the leg with a parazon again. Repeat this cycle again and again till the Jackal finally falls and the final leg is destroyed.

Now with the last three cycles of legs, you will have to counter electrical attacks of the new arena. But they don’t do much damage and then can be easily avoided too. Besides that, don’t get too close to the Jackal while attacking it as it can perform a stomp attack. This will throw you back quite a distance. If you are at a far range and the Jackal uses it, then you can just jump and avoid it. But if you are close, then the Jackal will continuously stomp the ground, and you will deal with massive damage.

The Jackal will also throw some electrical grenades on you and even attack you with missiles. But both of these can be easily avoided with a quick jump like movement. You will have an advantage over the Jackal if you use a character that has the ability to levitate or fly, as this would take the stomp attack and laser attack out of the equation.

So now you know how to defeat the Jackal of the Venus system. If you have any queries with this guide, then comment down below. Also, be sure to check out our other articles on iPhone tips and tricks, Android tips and tricks, PC tips and tricks, and much more for more useful information.