The phone came with Android 8.1 Oreo out of the box and later upgraded to Android 9.0 Pie. We will keep you posted if there are any further developments in this regard. To make things easier for you, we have created this software update tracker so that you do not have to look elsewhere to know about the latest updates for LG Stylo 4 smartphones. So, without any further ado, let us get straight into the article itself:

LG announced the LG Stylo 4 back in 2018 and it is powered by the Qualcomm Snapdragon 450 chipset. It is coupled with 2 GB of RAM and offers an onboard storage capacity of 32 GB only. The phone does come with a dedicated microSD card slot. Talking about the display LG Stylo 4 has a 6.2-inch LCD panel which produces 1080 x 2160 pixels, has an 18:9 ratio, and 390 PPI density. The phone comes equipped with Adreno 506 GPU. 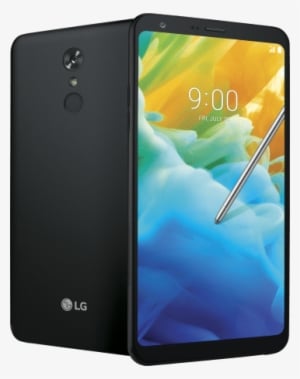 In the camera department, the phone houses a single 13MP camera at the back and a 5MP selfie shooter at the front. The rear camera is capable of recording videos up to 1080p@30fps while the front camera can record videos at 720p only. The fingerprint scanner is mounted on the back of the phone. Under the hood, the device is juiced by a 3300 mAh battery and it supports charging up to 10W. In the software department, LG Stylo 4 comes with Android 8.1 Oreo with LG UX 7 on top.

Note that the latest update received on the Sprint LG G7 ThinQ will be placed at the bottom of this list.

How to check for software update on LG Stylo 4

The updates, as usual, will be rolled out via OTA. And OTAs are always pushed in a staggered manner. So, it will take some time in hitting all the units. However, you can always go ahead and check for the update manually on your phone, by heading over to:

So, there you have it from my side in this post. This update tracker will be updated whenever a new update is pushed for the  LG Stylo 4 smartphone As far as Android 9 is concerned, there is no information available as to when LG will push the update as we are already in the league of Android 11 updates. So, as far as we know, there will be no firmware updates from now on for the LG Stylo 4 phone. We will keep you updated about any developments in this regard. Let us know if you have received the latest update on your Sprint LG Stylo 4 or not.