Though LG smartphones are nowhere in the picture, the brand is keeping the hopes alive by bringing in a new and revamped UI for the LG devices. Recently, LG revealed the first look for the LG UX 9.0, however, it is unclear when the latest version of the LG UX will be launched. For those who do not know or own an LG device, LG UX is the custom skin by LG which runs over Android OS on different LG smartphones. But, taking a cue from various reports, the LG UX 9.0 looks a tad similar to Samsung’s One UI. The fonts, icons and other design elements seem like they have been directly copied from Samsung’s One UI.

Moreover, one of the biggest flaws of LG phones was the cartoonish UI that it used on its devices. The vanilla user experience was nowhere to be seen and besides, a lot of features were also missing from the LG UX UI. However, with this new update i.e. the LG UX 9.0, LG seems to have mended their previous mistakes and has added a lot of new functionalities and features for its devices. In this post, we will share with you all the new features, list of supported devices and trackers that we will continuously update once we have the necessary information available with us. So, without any further ado, let us get straight into the article itself: 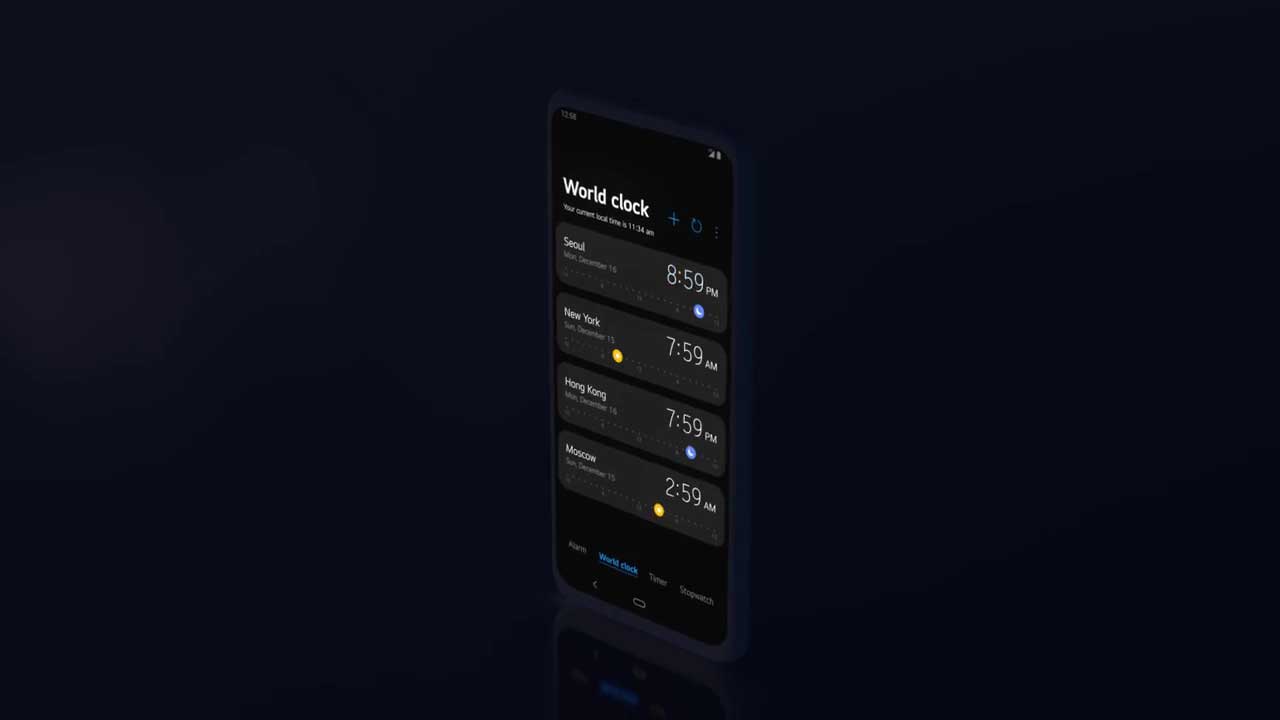 Now let us take a look at the known features this new LG UX 9.0 will pack in for the LG smartphones along with the list of supported devices and update tracker.

LG has released a full video highlighting the features that this new update of the LG UX 9.0 brings in. First and foremost, the LG UX brings in is the changes in the icons, fonts and other design elements for the 1st party apps i.e. Contacts, Dialer, Gallery and SMS. The update brings in a system wide-dark mode to get rid of the fatigue at night. Besides, the new LG UX 9.0 is compatible with the dual-screen smartphone and presents a smoother transition from one screen to another (for example the dual-screen on LG G8x ThinQ). Messages give a larger preview of the content to view more of your conversations on the main page.

Also within the Contacts app, LG has moved the ‘Dial,’ ‘Call logs,’ ‘Contacts,’ ‘Search contacts and call logs’ and ‘Groups’ options bar to the bottom of the screen for easier accessibility with your thumb. The Gallery app has also been updated to provide a more streamlined and clean look. Dialer app sees a new option for starting a video call or delete a number, once you start dialling a number. Taking a look at the video above, it also reveals that the LG UX 9.0 brings in improved battery performance.

Here you can find the list of supported devices for the LG UX 9.0 UI. We will keep updating the list once we have the necessary information regarding it.

Here we have mentioned all the latest software update details with changelogs for the LG UX 9.0 UI. We will keep updating the tracker whenever a new update release.