UMIDIGI is a Chinese smartphone brand that was founded in February 2012 in Shenzhen, China where it has its headquarters now. The company specialized in designing great phones in terms of design while pushing both low-end and high-end specifications with the devices without the hassle of the so-called highly-priced flagship price tags that other smartphone brands offer.

Android 10 is the next operating system from Google. It is the tenth iteration where nine of the iterations have already surpassed more than 1bn units of smartphones across dozens of smartphone brands making Android the only contender against Apple in the smartphone segment, although there are many other OSes available. 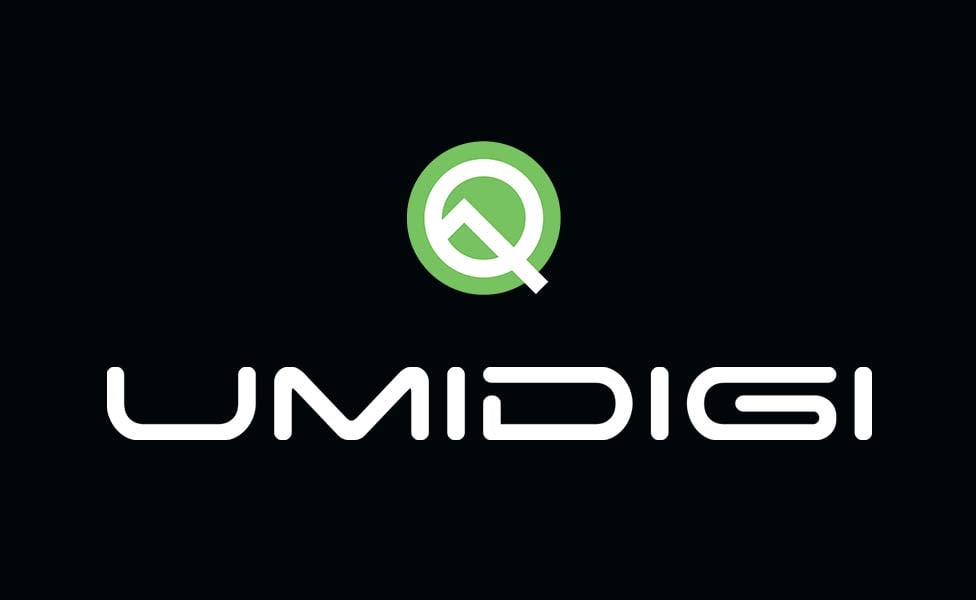 Technically, I guess only the higher officials at Google actually know what it might name Android 10 but perhaps there are many suggestions made on account of its monikers such as Quiche, Quintim, Quesito, Queen of Puddings, and others. However, Google squashed the rumors after it officially declared that it will be naming the new OS as Android 10. In fact, Google will follow the suit in future releases where Android R will become Android 11 and so on. Anyways, Android 10 is the most-awaited and security cum privacy attuned OS from Android as it brings some key aspects that will strengthen user’s security and privacy. Features like 5G, foldable displays, dark mode, Live Captions, revamped UI are just the tip of the iceberg that Android 10 offers.

Gesture Navigation: It is contentious I know but it is a feature must try. It uses gestures on the display to perform actions like going backward or proceeding to the home screen or launching app previews and so on.

Live Caption: Android 10 brings Live Caption onboard. The feature can transcribe everything from audio files to video files to podcasts and recordings, etc. This can come handy when you are stuck in a language barrier and a super handy feature for those who can’t hear stuff since it can transcribe what’s happening around as well.

Dark Mode: As opposed to the light there, Dark Mode is the opposite where the UI is painted dark. This helps relieve the battery from excess consumption while providing meditative to the eyes as well since it doesn’t put much strain on the eyes. 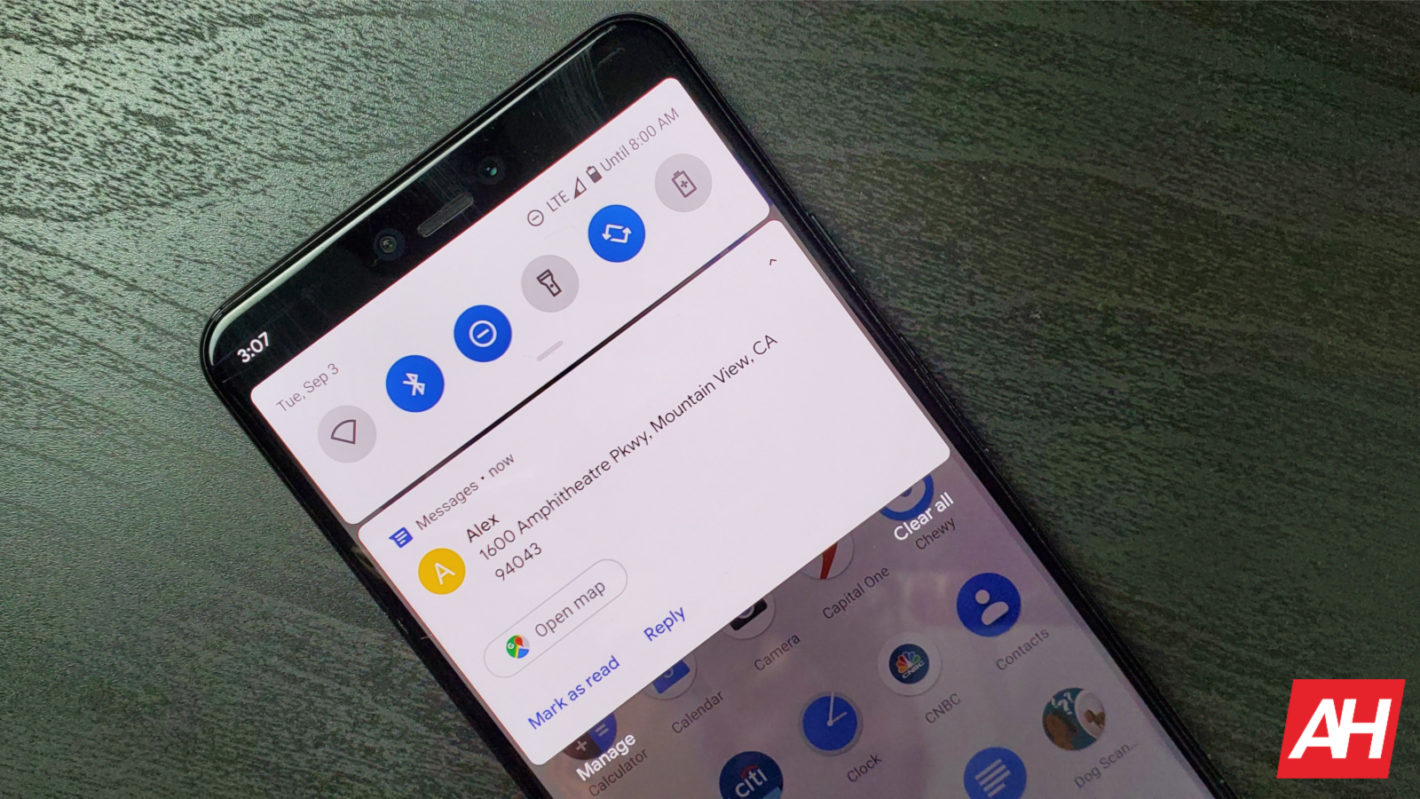 Smart Reply: Want to reply but don’t feel like typing? Smart Reply is at your service as the AI-attuned feature uses the context of the email or messages to provide appropriate one words or one-liner responses that you can single tap and send. This feature also prescribes actions at some time if there’s any video link in the message or location, etc.

Security Updates: Unlike any previous Android OS that would require security updates via OTA, Android 10 enabled smartphones will get their security updates faster and efficiently through Google Play Store where Google will push the updates directly onto the smartphones and not via OEMs or carriers. Google will also release bug fixes and patches on the way although users will have to depend on OTA updates for critical issues that will continue as well.

Privacy & Location Controls: Android 10 comes with stringent policies on privacy and locations. It provides options where the user wants apps to obtain its location or not or only when in use. Furthermore, Android 10 has a dedicated ‘Privacy’ tab within the Settings app that has options like permissions, personal data, and activities, etc.

UMU A5 Pro is packed with a beefy Helio P23 octa-core processor paired with 4GB RAM, 32GB internal storage and a massive 4,150 mAh battery under-the-hood. The device is less with a 6.3-inch IPS display with a waterdrop shaped notch and runs on Android Pie 9.0 out-of-the-box which makes it a likely candidate to receive Android 10 sometime next year.
Status: It is likely to get Android 10
Date: To Be Announced

As the name suggests, the UMI Power is action-packed with a massive 5,150 mAh battery that powered its Helio P35 octa-core processor, PowerVR GE8320 GPU, 4GB RAM, and 64GB internal storage. Since the device was introduced with Android Pie 9.0 out-of-the-box, UMI Power is also among the top smartphones from the brand which is likely to get a further Android 10 upgrade.
Status: It is likely to get Android 10
Date: To Be Announced

The UMI F1 Play grabs a few key specifications from UMI Power such as the beefy 5,150 mAh battery but has a massive 48MP sensor paired with a 20MP dual camera set up at the back. The device is backed with Helio P60 eight-core processor along with 64GB ROM and 6GB RAM that makes it a premium high-end device which makes it highly likely to get the upcoming Android 10 for sure.
Status: It is likely to get Android 10
Date: To Be Announced

S3 Pro with its high-end Helio P70 octa-core SoC bundled with 6GB RAM and 128GB RAM, the device is less with a 6.3-inch IPS display with a front-facing 25MP sensor while the rear is dominated with a massive 48MP primary and 20MP secondary sensor forming a dual-camera setup. As UMI S3 Pro runs on Android Pie 9.0 at the moment, it is likely to get boosted to the upcoming Android 10 as well.
Status: It is likely to get Android 10
Date: To Be Announced

The UMI F1 was introduced along with its elder sibling F1 Play. It packs in a similar Helio P60 eight-core processor and sports 4GB RAM with 128GB internal storage. The phone comes with the 16+20MP rear camera setup, unlike F1 Play’s 48MP sensor. Since the device has Android Pie 9.0 onboard, it is very likely to get Android 10 upgrade as well and thus, it is in this list although the users will have to wait for the official list of Android 10 supported UMIDIGI devices.
Status: It is likely to get Android 10
Date: To Be Announced

This is the list of UMIDIGI smartphones that were unveiled

Unfortunately, since the devices launched in 2017 were all with Android Nougat and below, these devices aren’t even likely to get Android 10 since the most OEMs & Google updates any smartphones is with two major upgrades.

You need to understand that there are multiple factors that determine if your phone will be eligible for any updates such as Android 10in this case. Here’s a bit of an idea that you might help discern if your phone is eligible or not. First of all, Google develops a new OS (Android 10) and conducts beta tests before releasing it officially. Next up, it goes through the smartphone manufacturer which usually customizes it by adding, removing, replacing, altering the features and the UI in order to suit its own brand and then releases it further in a priority basis where the phone released this year are prioritized over those released last year. The maximum tenure a phone is covered for major Android updates is two years under Android One program.

Unless your phone is not listed as an Android One smartphone, it doesn’t guarantee any updates but there are many variables here. First up is that your phone’s processor must support it, the phone must meet the minimum resource requirements for each Android update which is only taking an upward trend now. OEMs that manufacturer phones with Android release multiple numbers of models in a year. In fact, some companies could go as far as launching more than 10 models in a year which means keeping all the devices updating involves a lot of time and effort from the OEM’s end as the update is generally altered according to the various configurations of the phones.

OEMs generally exclude a bunch of phones releases during the said period which means they succumb to get further major upgrades while many of the phones might get boosted from Android Nougat to Oreo or Oreo to Pie in this timeframe but won’t get Android 10. These are just some of the reasons why your phone might not be eligible for Android 10 if it is discounted in any of these criteria.

My advice would be to stick on the same OS and the same phone if you purchased it recently rather than upgrading the device every year. If you want to buy a new phone, make sure it has upper mid-range and flagship specs or it must be under Android One program that guarantees further updates.

On the other hand, if you still want something new on your existing phone, try custom ROMs like LineageOS, Havoc OS, Paranoid Android, and others. Note that you will have to check if these custom ROM makers support your phone or not. Keep in mind that this could be a slightly complicated installation process to take a reference from GetDroidTips on how to install it on your phone or let us know if there’s now guide available and we will update it.