Vernee is yet another successful China-based smartphone maker based in Shenzhen. It was founded back in 2016 and produces several types of smartphones mainly with Android operating system. It introduced its first smartphone in 2017 with Nougat 7.x as its out-of-the-box OS which means those with Nougat aren’t eligible for Android 10. However, here’s a list of Android 10 supported Vernee devices that you can refer until an official list is propagated by the Chinese smartphone giant.

The upcoming Android operating system was to be summoned with the alphabet ‘Q’ and since we have known the Google-developed OS for more than a decade now, we knew it will be named on a dessert, however, turns out, Google has finalized the name as Android 10 and henceforth, all the upcoming Android OSes will have a numerical identifier which is universal, unlike the dessert monikers. Anyways, Android 10 will be the tenth iteration of the Android operating system which will cover smartphones from budget to premium, flagship smartphones to tablets and phablets. There might be a watered-down Android 10 Go variant as well that will release a few months after Android 10 launch which happened on September 3rd. 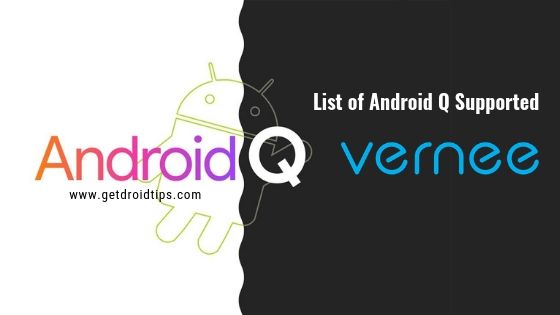 Android 10 will bring copious features onboard which includes many new features that weren’t supported by stock Android yet. It will also bring a permission-based model for apps where the system will have to seek permission to use any service, resource, etc before accessing it that will block off unwanted apps thereby strengthening the security and privacy of the users. The version will also support built-in call screening, multi-camera API, smart replies within the notification panel, foldable displays & 5G and more so here’s a quick look at the features.

Dark Theme: The system-wide Dark theme has been integrated deeply into the Android 10 with all Google apps and a plethora of third-party apps supporting the new-aged dark mode that decreases battery consumption & puts a lot less strain on user’s eyes.

Foldable & 5G Ready: Android 10 supports both 5G and foldable displays which are a few new technologies that are mushrooming and we will get to see more of it in the future. No matter if the display is contracted or expanded, folded or unfolded, or if it supports 4G or 5G too, Android 10 will support all.

Enhanced Privacy Controls: With Android 10, you as a user have control over which app or service is using your data. You can control app and web activities, restrict apps from using any data, control the location-based data for any app at a tap of a button or opt-out of ad-retargeting thus, this OS is probably more powerful than few predecessors combined.

Live Caption: As the name suggests, Live Caption users AI technology to transcribe any video, audio, podcasts, and even your recordings into text that you can read at your will.

Smart Replies: If you use Gmail, you already have a glimpse of what Smart Replies has to offer. Based on the context, it presents a set of answers that you can single tap and send. With Android 10, you also get an added action button with Smart Replies which takes you to YouTube or Google Maps in case if there’s a video link or location in a message you have received. 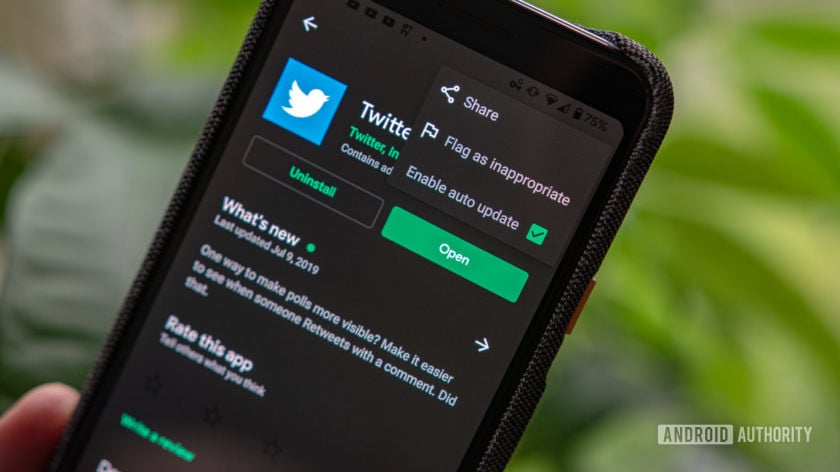 Project Mainline: This particular feature is a must-have as it bypasses the usual OEMs to users to OEMs to carriers to users chain when it comes to crucial updates. It uses Google Play Store as the point where users can simply download the bug fixes and security updates faster than ever although there are a few limitations but hey, at least you have an updated security patch active.

The M8 Pro was introduced last year with an iPhone X-like notch placed on its giant 6.2-inch IPS display while the phone runs on VOS bundled with Android 8.1 Oreo. The phone has slightly powerful specifications than the smartphones that were introduced last year which raises the bar of it being highly likely to get Android 10 Q.
Status: It is likely to get Android 10
Date: To Be Announced

With a no notched form factor, the Vernee T3 Pro is a budget category smartphone that brings MediaTek MT6739WA onboard along with 16GB of storage and 3GB of RAM paired with 4,080 mAh. Finally, the device runs on Android 8.1 Oreo which makes it closer to get Android 10 although we should wait for an official confirmation from the brand.
Status: It is likely to get Android 10
Date: To Be Announced

Next up is the Vernee V2 Pro that comes with 6GB RAM onboard paired along with 64GB internal storage. The device has a 5.99-inch IPS display with a screen resolution of 1080×2160 pixels which runs on VOS based on Android 8.1 Oreo. This increases the probability that it will be bumped to the next Android 10 sometime next year as well.
Status: It is likely to get Android 10
Date: To Be Announced

Status: It won’t get Android 10

The successor to Vernee M6, M7 comes with a slight bump in terms of specifications such as it has 5.8-inch IPS display, 4,500 mAH battery. Further, the device runs on MediaTek MT6750T SoC and has Android Oreo 8.1 VOS out-of-the-box. This also raises the probability of it getting promoted to Android 10 which will be its final upgrade but there isn’t any guarantee here.
Status: It might or might not get Android 10
Date: To Be Announced

With a no-notched 5.99-inch IPS display, the Vernee V2 brings 6+64GB storage configuration along with an Helio P23 SoC onboard. The device is backed with Android 8.1 Oreo VOS out-of-the-box and since the phone was introduced last year as a rugged phone, it might or might not get the upgrade to Android 10.
Status: It might or might not get Android 10
Date: To Be Announced

With a moniker inspired from NASA’s Apollo missions or say the Greek god, Vernee Apollo 2 brings in 128GB of storage, 6GB of RAM, and runs on a powerful Helio X30 MT6799 octa-core processor. The phone runs on Android 8.0 Oreo VOS which makes it one of the likely candidates to get bumped to Android 10 perhaps we should wait for the official confirmation from Vernee though.
Status: It is likely to get Android 10
Date: To Be Announced

Status: It won’t get Android 10

The reason behind why isn’t your phone eligible for Android 10 could be many since there are just too many variables that go with it. The first thing is when Google releases Android OS code to the smartphone OEMs, it goes through a customization process since almost all OEMs now put a custom skin on top of Android firmware in order to make their phones different and unique.

Smartphone makers that use Android OS don’t necessarily cover all the smartphones with updates since it is difficult for them to keep all the phones updated. They support a handful of phones where the updates are sent via OTA keeping the priority of the devices in the tab. The phone with flagship specifications released this year will receive the update quicker than the one released last year although the latter is highly likely to get the update as well. Furthermore, specifications and release date also determine if the phone is eligible for an update or not. Also, phones mustn’t have received more than one major update since the maximum times a smartphone could get an update is two times.

As an Android phone user, I will definitely want to know if my phone supports any further updates from Android including the upcoming Android 10. However, if it is not eligible, what do I do? That’s the question that comes to my mind. Well, if your phone isn’t eligible and if the phone was purchased more than a year ago, I can suggest simply to upgrade to a newer phone. If you are willing to spend on buying a new phone, I would suggest choosing a phone enrolled under Android One program or if it has premium specifications capable of supporting Android 11 as well along with Android 10.

Perhaps many of the people wouldn’t want to upgrade. For those people, they can actually check out if any of the custom ROMs such as Resurrection Remix OS, Pixel Experience, LineageOS, or Paranoid Android, etc. Verify if your phone model is supported or not. If yes, you can actually install it that will give you a new UI along with tonnes of features. You can also wait for an official list of Android 10 Supported Vernee Devices that will come soon.