The new macOS Ventura was released a while ago. Users have reported Bluetooth issues in the system. Wireless headphones suffer from frequent disconnection, or they won’t connect at all. Many wireless mice have faced a similar problem. We have compiled a list of solutions to counter Bluetooth errors in Mac computers.

macOS Ventura Zoom Crashing or Not Working, How to Fix?

macOS Ventura Photos Is Not Syncing: How To Fix? 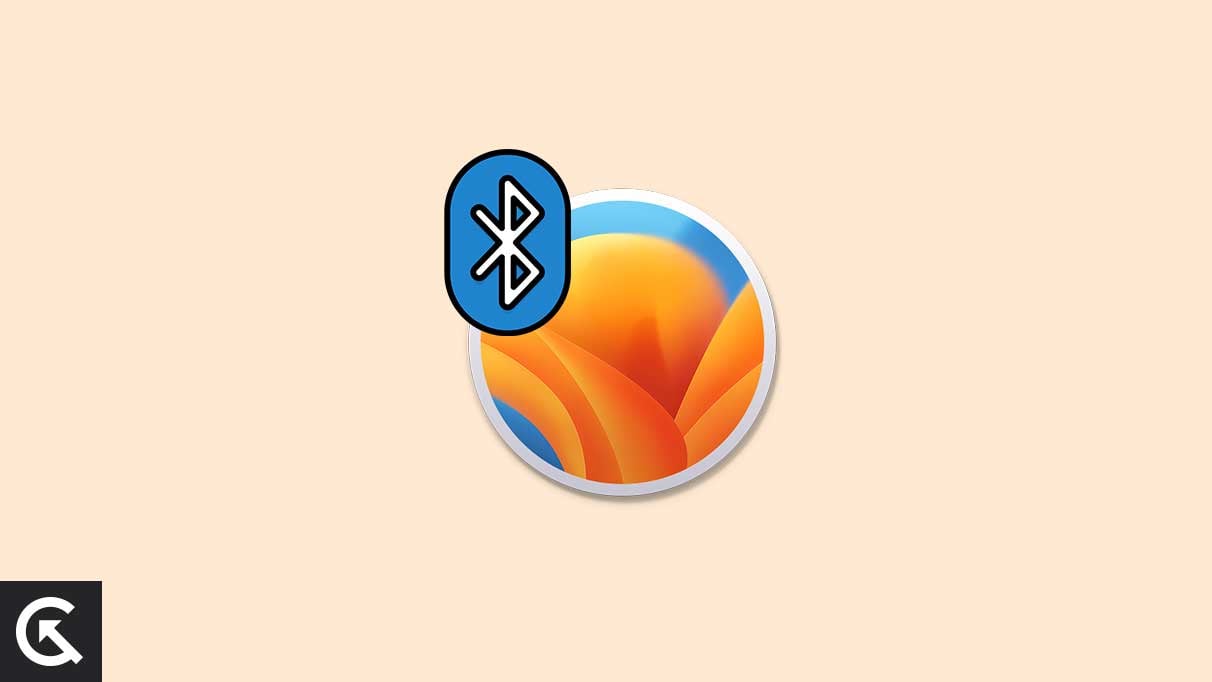 How Do I Fix Bluetooth Is Not Working On macOS Ventura?

Mac limited the Bluetooth functionality. Apple is adding new customers every day. A non-Apple user should know that it can’t perform data transfer, share the internet, and other things. We have listed valid reasons BT is not working or connecting on macOS Ventura.

macOS Ventura is the latest edition from Apple. The in-house developers have recognized most system problems. The team is working behind the scenes to improve the software and release the patch through the updates. Give a minute to temporarily read the rules to solve the bugs or glitches until Apple does something about it.

Bluetooth technology has reached car systems, Android, iOS, Mac, Windows, headphones, etc. The collaboration has helped millions connect cross-platform devices efficiently. However, the BT module is not stable as it sounds on paper. You will encounter some connectivity issues on many devices. Fortunately, the traditional solutions resolve the connectivity issues. I have covered them in the tutorial.

A Mac has many ports on the system. We connect multiple devices to share the screen and expand the storage. Some external accessories interfere with the Bluetooth devices. I have shown you a way to identify the culprit. Use the traditional tactic to remove the hiccups on the way.

macOS collects Saved Form Data in the system. The operating system loads programs, webpages, and many operations faster. The computer feels superior on day one but slows down after a while. Remove the junk from the computer and restore the performance.

How many BT devices have you connected to the Mac computer? Remove them all. Use the traditional method to access the devices list, and delete them. I have shown you how to identify the system folder and delete the BT files. The computer will generate new files when you connect a new device. There’s no risk involved in the task.

The older Intel-based Mac computers have dedicated chips in the computer. The dedicated memory chips control how your Mac behaves. Delete the configuration file from the machine. The system generates a new file when you turn on the Mac. I have shown you the hassle-free tutorial below. 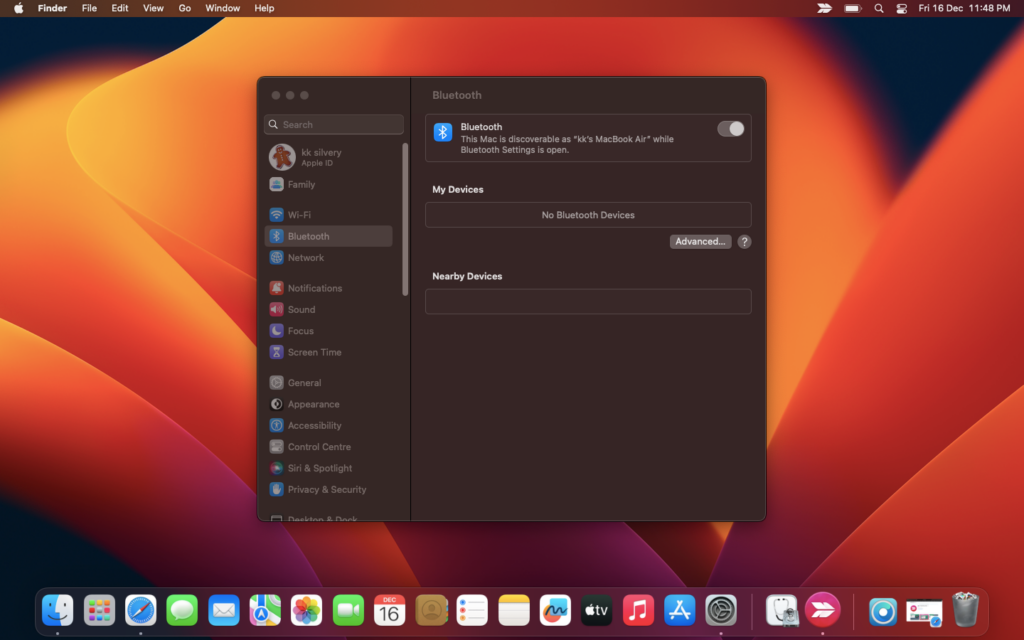 Dust is a destructive element for electronic components. Give a few minutes to clean the Mac computer and wireless devices. Use a dry microfiber cloth and remove the tough dust, grime and stains. I forbid readers from using liquid because it can damage fragile components.

Apple has improved the sleep mode twofold compared to the competition. Thousands of Mac owners put the machine in sleep mode and go to sleep. The Cupertino-based company optimized the software for performance and stability. Give the hardware and software a few hours of rest.

4. Leave the computer aside.

Let the machine sleep for a minimum of five minutes if you are in a hurry. One hour is the recommended period for shut-eye. The software dumps the temporary files and restarts the drivers in the next boot. Most software-related problems go away after a reboot. One hour of sleep improves the lifespan of the computer.

How many accessories have you connected to the computer? Unplug the external devices. MacBook users can use the trackpad and built-in keyboard to navigate the computer.

a. Use a wired mouse and keyboard on Mac Mini.

b. Unplug the external hub.

d. Turn off the Bluetooth devices.

Unplug all external devices and use wired peripherals. Shut down the Mac and turn it on a minute later. Connect the problematic BT device and find out the result.

BT bugs and glitches have annoyed millions. Try the traditional method of turning off/on the feature on the Mac. Surprisingly it works on almost every device.

Kindly turn off the external BT device. Restart the computer. Give it a minute and turn on the module by following the same tutorial.

The reverse compatible technology does create complications at the beginning. Most wireless connections resolve by removing them from the list and then repairing them in the system.

4. Locate the device and click on the (i) icon.

The music will start playing in your wireless headphones. Restart the Mac if you haven’t done yet. 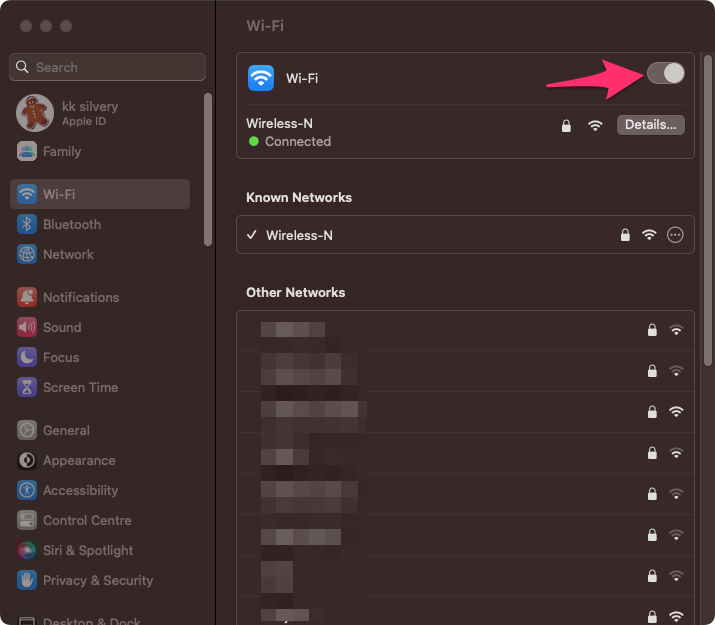 Different frequencies disappoint with the BT signals. Disable Wi-Fi in the Mac computer and let the device use Bluetooth only. Do the same on the wireless device. Kindly keep both machines nearby and do not have any obstructions between them.

The macOS stores plist files. Locate the files using the Finder app and delete them permanently. The configuration files hold the BT device’s information. It could be creating a problem.

3. Type and search for the (~/Library/Preferences) option.

4. Locate “Bluetooth.plist” in the search bar and delete them.

The macOS will create a new Bluetooth plist after you connect a wireless device. You are not damaging or tampering with the operating system.

Use Terminal To Reset BT Module

The Terminal has advanced options to control the modules in the Mac. Reset the Bluetooth driver and resolve the issues in the current session. Access the administrator account to run the commands.

1. Open the Terminal from the Applications.

2. Copy and paste (sudo pkill bluetoothd) the command in the Terminal.

Connect the BT devices to the Mac. 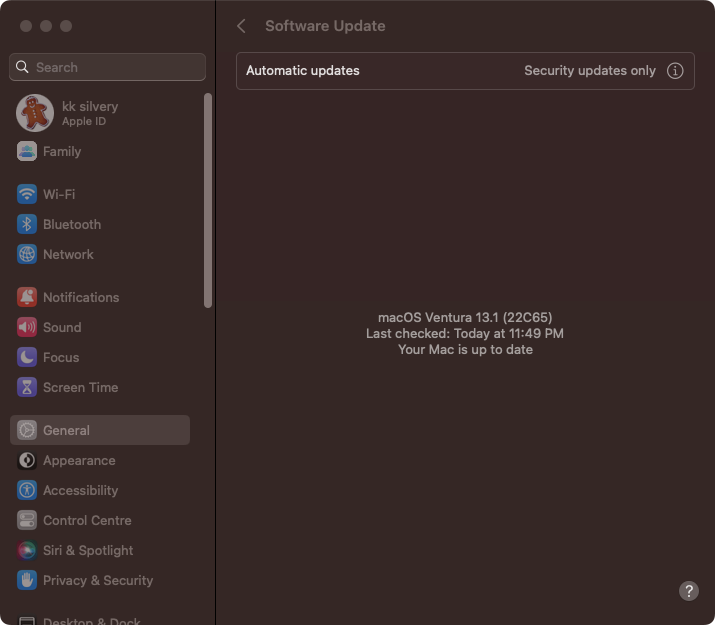 The System Management Controller (SMC) manages many functions in the Mac. The Apple Silicon chipset doesn’t have SMC because the company is embedded in the processor itself. Reset the SMC in Intel-based Mac and resolve the issue.

Apple added a security chip in the 2018 and later models. Follow the tutorial to reset the SMC on 2018 or later Mac models.

2. Press and hold the three keys together.

4. Press and hold the Power button with the three keys for another seven seconds.

5. The Mac will turn on and turn off. Keep holding the three keys.

7. Give a minute for the computer to breathe.

Turn on the Mac after a minute. The system will take longer to turn on this time.

Apple desktop owners can follow the below tutorial to reset the SMC. Ensure the computer has a T2 security chip in the iMac, Mac Mini, and Mac Pro models. Read the steps twice, then repeat what you learned on your computer.

2. Press and hold the Power button for ten seconds.

4. Turn on the desktop a minute later.

Remove the power plug and let the Mac sit for fifteen minutes. The SMC chip will reset after you power the Mac.

Apple worked on the proprietary chipset to retire Intel from the eco-system. The M1 or later chipset manages the task. You don’t have to reset SMC in M1 or later machines.

The Cupertino-based manufacturer shipped many computers with a removable batteries. The company took the bold step and sealed the chassis with the battery in later models. I have shown you how to reset SMC on a removable and non-removable battery.

3. Hold the keys and the button for ten seconds.

4. Release the keys and the button after ten seconds.

Turn on the Mac computer after a minute.

1. Shut down your Mac computer.

2. Remove the back panel and battery from the Mac.

3. Press and hold the Power button for five seconds.

4. Put the MacBook battery inside the machine.

5. Turn on the computer after a minute.

You don’t have to do anything because the software will understand the command and initiate it.

You can solve macOS Ventura Bluetooth issues by following the official solutions. Meet the Apple service center when the BT is not working as promised. We don’t want to rule out the faulty hardware. Users can claim the warranty and get a replacement or new parts. Let us know how you solved the BT connectivity issues in Mac.