Android-enabled smartphones have penetrated global smartphone markets as they are technologically advanced and affordable and available in variety for everyone who might want something different from their smartphones like someone wants a great camera or someone would stick to better performance and likewise. High-end and flagship smartphones are packed with all features bundled together which makes it quite impressive though it’s inexpensive. However, there are few problems that even the high-end smartphones couldn’t deny. It’s about restarting and freezing problem which is common to all smartphones although the frequency or occurrence could differ. 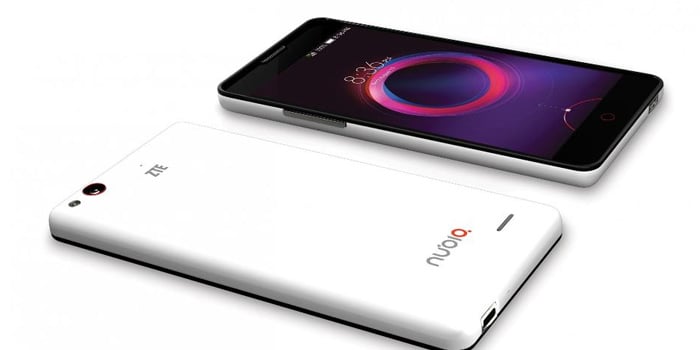 There are plenty reasons why a smartphone would restart abruptly or randomly or it might enter a restarting loop and similarly, there are plenty of reasons because of which, either the screen or a particular app or the phone as a whole would freeze or crash. The possible causes can be corrupt cache, corrupted data, third-party apps and app conflict, and others. GetDroidTips received a lot of queries on how to fix ZTE Nubia restarting and freezing problem which is common across ZTE and any other smartphone brand that you can think so. Here’s how you can fix it.

In most cases, apps crash frequently and that is also one of the reasons why the screen freezes and becomes unresponsive, thus, it doesn’t matter how many times you tap on the screen, it won’t respond until the phone is out of its unresponsive mode. The best way to get out of such issues is to reboot the phone or simply remove the battery if your phone has a removable battery that will turn off the phone. If your phone has a non-removable battery and the screen has gone unresponsive thereby resisting any touch, you can always perform a forced reboot where you’ll have to press the power key along with volume up or down key together and hold it until the screen goes off.

You got to use the safe mode since restarting and freezing problem is more of a software glitch and not a hardware issue. Safe mode is a diagnostic bootable partition on your phone that enables the user to run the phone in a controlled and quarantine environment by restricting any and every third-party app from popping up. When you are in the safe mode, all the downloaded apps are disabled along with incoming and outgoing connections such as wifi that puts the phone in a controlled environment.

Here, you can check if the third party apps that you have been downloading are the issue or if there’s something wrong with the drivers and apps pre-installed. When in safe mode, check if the phone works properly or not. If it works properly without restarting abruptly or without freezing the screen, it is probably because many of the third-party apps are responsible for the issue. Now, you’ll have to uninstall the third-party apps one-by-one and follow a descending order that is recently downloaded apps first so that you can locate the culprit. To run the safe mode on your device, press the power key and hold the ‘Power Off’ option until a dialog box prompting you to enable ‘Safe Mode’ doesn’t appears on the screen.

Check if any ongoing app conflict

Assuming that you didn’t found your culprit in the safe mode, you must know that apps from similar category or segment or irrespective of any category, can indulge in-app conflict that prevents other apps from starting. It can also cause the screen to freeze whenever the user asked for the victim app or it might reboot the phone totally. There’s no simple procedure to fix this problem also. You’ll have to uninstall recently downloaded or updated apps one-by-one and narrow down the list of culprit until you get the accuse.

The smartphone architecture is advancing every year but that doesn’t mean everything associated with it is growing together such as a SIM card that could lose its compatibility with your phone if you recently updated or downgraded the Android OS. You can verify the same by changing the SIM card with a different SIM to check if the phone works properly or not. Alternatively, you can check with the network provider or the carrier to order an updated SIM card which is compatible with your device.

To summarize its function, cache files are temporary files that a system creates and stored when a user accesses an app, service, websites, etc. This decreases the retrieval time taken by these services since the device can actually use cache files to reduce overheads. Although cache files are beneficial, it can easily get corrupted and that is when a host of problems are introduced including unresponsiveness behavior of the smartphone or screen freezing problem that we are discussing here. The simple solution is to delete app cache which is cache files generated by each and every app installed on your phone. Although it is little time consuming, you’ll notice an instant boost in the performance after deleting the cache.

This is another form of cache files that are stored by the system. You can delete the storage cache by opening the Settings tool and proceeding to the Storage section. Now, tap on the ‘Cache memory’ and delete the same. This is one of the quickest ways you can get rid of cache files.

You can wipe off the cache partition through recovery mode. Refer to the procedure mentioned below.

If you want to perform a master reset or as it is also known, hard reset, you can use this procedure.

Use backup and reset feature

There is an alternative to the master reset available which is less invasive and simple.

If fixing the restarting and freezing problem isn’t working with this guide although it’s highly unlikely, you must visit the nearest service center to get it fixed professionally. Check if your phone is in warranty period or not, if yes and you want to preserve it, you must report the issue to an authorized center or else, you can report to ‘other’ technicians.