Terraria is a sandbox action-adventure game developed by Re-Logic that takes place in an open world. In 2011, the game was first released for Microsoft Windows, and it has since been ported to a number of other platforms, including iOS and Android. However, there are a lot of fans of Terraria waiting to play on their Linux PCs.

In a randomly created 2D universe, players can engage in exploration, crafting, building, painting, and battle with a variety of monsters. Generally, excellent reviews were given to Terraria, with particular acclaim being given to the game’s sandbox components.

Sold worldwide more than 35 million copies, this game is one of the most addictive. So, as said earlier, players with Linux do want to play this game but are not sure which way to go. Here’s the guide to help them out. 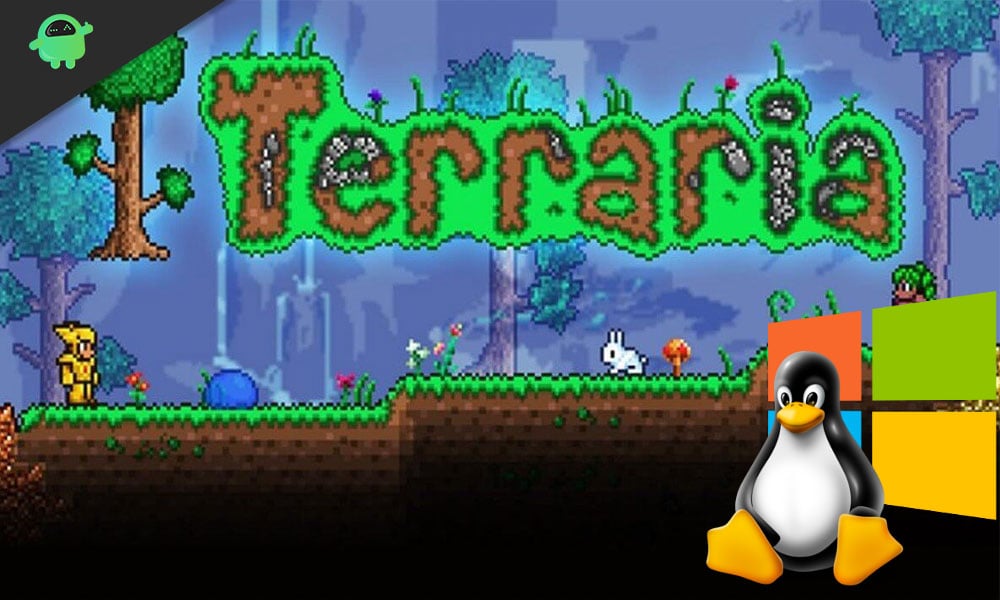 Can I Play Terraria on Linux?

Moreover, Terraria already has native versions for Windows, Mac, and Linux, so yes you can play Terraria on Linux.

First of all, you need to install the Steam client that works best on your distribution of Linux and make sure your PC has all the prerequisites to run Terraria.

However, for most games supported by Steam, it should be marked as such in the library, and you can easily purchase it, install it, and get ready to play. But before doing that, follow the steps here with respect to your distribution of Linux.

Install Steam on Your Linux PC

First of all, as said earlier, you need Steam to play Terraria on your Linux PC. Installing Steam on your Linux PC is quite simple, as usual, you have to launch the terminal using: Ctrl + Alt + T and follow the steps according to your distro of Linux as well tell you further.

You will have to install the Steam client on your Ubuntu version using the well-known Apt install command. Below is the illustration:

The Valve app is best suited for installing the Steam Client on Debian. As a result, it would be best if you get the official Steam client from Valve’s official website.

Nonethelss, you will still have to download several packages before you are ready to install Steam.

You are well familiar with using Linux because you already use it. So it is we suggest to use the terminal instead of download directly from websites. So we will follow the same way here using the wget command.

Once your PC has completed downloading the aforementioned software, you will have to install the latest Steam client on your Debian PC.

Once you have everything in its place, proceed to check for dependency issues. Here’s the command to check that:

Installing the Steam client on Arch Linux is a bit different as you will have to enable “multilib” in the software repository. However, the repository already has the Steam app, so it won’t work without it.

You will have to edit the configuration file at /etc/pacman.conf file on your PC to enable the “multilib” in the software repository to make that ready.

Once you have enabled the multilib, you will have to re-sync pacman according to the “multilib” servers. here’s the command, for doing that:

For Fedora, OpenSUSE, and Flatpack

All the three Distros of Linux, particularly Fedora, OpenSUSE, and Flatpack have Steam packages available in their software repositories. Therefore, you can easily use them to install the Steam client on your PC.

Nevertheless, we advise using the Flatpack version because it is better and performs great. To get the Flatpack package up and running on your PC, you will have to use another command.

Depending on your distribution of Linux, here are the commands:

Once you are done with this, you will have to use command: remote-add for adding the Flathub app store to your system. Here’s the command for that:

Now you are good to go playing your favorite Terraria on Linux using Steam.

However, before you start playing Terraria there are some nicks and knacks that you need to follow and keep in mind.

Although you now have the Steam client installed on your Linux PC, you will still have to launch it and log into your Steam Account.

Step 2: In the store, search for Terraria,

Step 3: After finding Terraria, add it to the cart and buy it if you haven’t already bought it.

Step 3: Once you have bought it, go to the Steam Libary and find Terraria.

Step 4: A blue-colored “Install” button will be there. Click on that and wait for some time depending on the internet speed and configuration of your PC.

That’s it, you now have Terraria installed on your Linux PC. Now, whenever you are in the mood of playing Terraria, launch Steam and get ready to play. It’s that simple.