Back in 2018, when Realme launched their first smartphone model, Realme 1, since then, they never look back. Over the years, they proved to be a budget-friendly smartphone maker brand. Recently, they have launched Realme C21 and C21Y that become the chartbuster smartphone of the year 2021. Realme launched both the smartphone just to target the budget range market with some decent specifications.

However, Google’s Android 12 created a lot of hype among the smartphone user, Realme C21 and C21Y users getting worried that they will either get the update or not. This is justified because both the smartphone launched with Android 10 out of the box and recently, a few days back, got the Android 11 Realme UI 2.0 update. So, this means they already received a major update. But, you do not need to worry as we have something great for you. So, read the guide till the end. 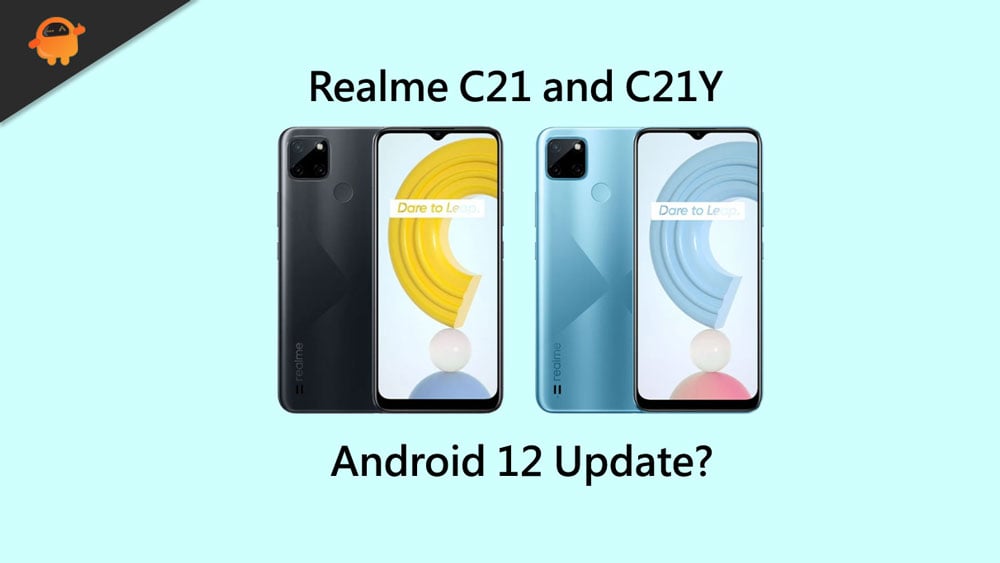 Unfortunately, we don’t know the exact release of Android 12 for these two devices. But, it is for sure that both smartphones will get the update anywhere soon by the 2022 second quarter. So, you just and have to wait for the update, or you can also download and flash custom ROM based on Android 12 in case you are over-excited to use the new OS.

Anyway, if you still have any doubt regarding the upcoming update, whether or not these devices are eligible for the update. So, don’t worry! Let’s find it out.

Features of Realme C21 and C21Y

Firstly, as we already stated that these devices are pure budget range category smartphones. So, this means we should not expect more. But, yeah! They have some decent specs that make these smartphones eligible for the upcoming update.

Now, from performance, if we move towards the memory section, both the devices come in two variants, i.e., 32GB/3GB RAM and 64GB/4GB RAM. However, more interestingly, this time, Realme features a reverse charging technology in both the device along with Li-Po 5000 mAh, non-removable battery.

We regret that currently, we do not have any specific release date. But, that doesn’t mean that these devices will not get the update. Yes, it is confirmed that both the devices get the update next year. So, we suggest you bookmark this page so that you do not have to search again and again. Also, we will soon add an update tracker as soon as Realme announces something.