Realme is a brand that was unveiled back in 2018 with its Realme 1 in India. This brand came as a sub-brand of OPPO and now it’s an independent brand. The brand recently started pushing out its new Realme UI which is based on Android 10 to its users. The brand has now launched the new Realme C3 smartphone which is the new budget offering from the brand. The device comes Helio G70 and this is the only smartphone in this segment to sport this powerful chipset. Well, the device came out of the box with Android 10 under Realme UI 1.0 skin.

Now, if you’re using this handset and want to upgrade to the latest software version that you’ve missed earlier or didn’t get yet, then you’re in right place. Here we have provided the Realme C3 Software Update Tracker along with the firmware download links below.

Sometimes, users didn’t receive any particular software OTA update due to some server or carrier-related issues mostly. That only happens due to the incremental roll-out process by the smartphone OEMs. So, if you think that your device isn’t getting the latest software OTA updates automatically, then you can manually check for it by following our guide. We have shared the full list of software update details below. Now, head over to the device specifications first before going to the update tracker. 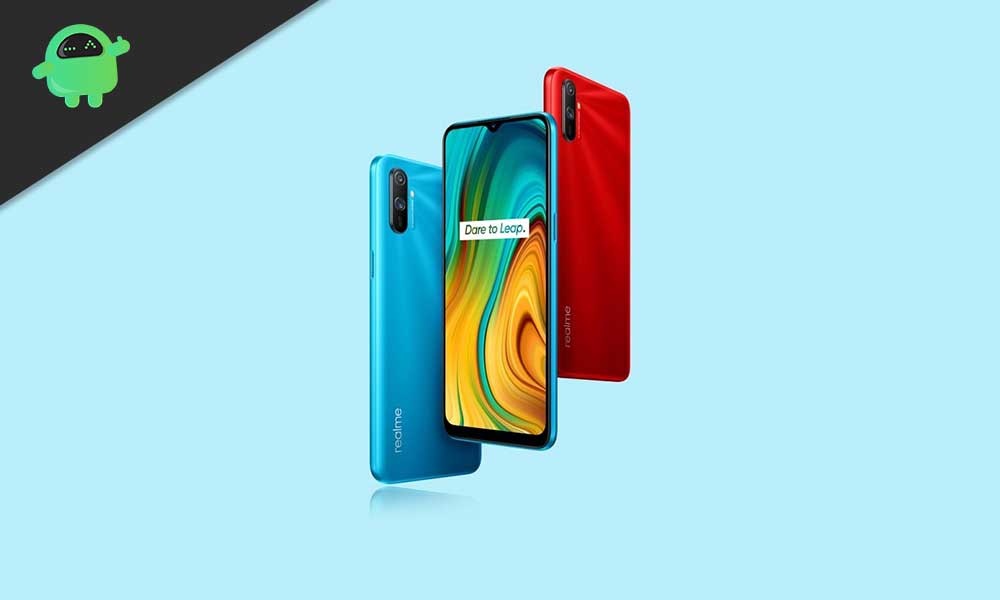 The Realme C3 sports a 6.52-inch IPS LCD display with a resolution of HD+ i.e. it has a resolution of 720×1600 pixels and with a waterdrop notch. The display has a pixel density of 269 pixels per inch ( PPI ) and with an aspect ratio of 20:9. This display has also come with a Corning Gorilla Glass protection. Underneath the Realme C3, it sports the latest octa-core MediaTek Helio G70 chipset; this chipset has awesome capabilities. Coming to the internals of this octa-core G70 SoC, it has two Cortex-A75 cores which clock at 2GHz and to the rest it has six Cortex-A55 cores which clocks at 1.7GHz. This SoC is built on the 12nm process and this SoC is a major upgrade over the Helio P22 which was inside the Realme C2.

The Realme C3 packs a 5,000 mah battery and still has a micro USB port. We don’t know when will Realme start using USB type C port in their budget smartphones. And this battery doesn’t come with support for fast charging. The device runs on the latest Android 10 which is based on Color OS 7. Connectivity options on the Realme C3 include Wi-Fi 802.11 b/g/n, GPS, Bluetooth v5.00, USB OTG, Micro-USB, FM radio, Wi-Fi Direct, 3G, and 4G (with support for Band 40 used by some LTE networks in India) with active 4G on both SIM cards.

Whenever a new official stock firmware update will be available for the Realme C3 model, we will keep updating the update tracker list here with the changelog and download links.

How to Check Software Update on Realme C3

Now, let’s assume that you’ve successfully upgraded your Realme C3 device to the latest software version. Facing any issue with the software update guide? Comment below.