Realme XT was announced just a few days ago and has become a staple as it brings a massive 64MP camera sensor along with the aesthetics of a flagship device. Google announced Android 10 aka Android Q on September 3 and rolled it out across its Pixel series and Essential PH. Further, Redmi K20 Pro became the first non-Pixel Android smartphone to get the update first along with OnePlus 7 & 7 Pro. Realme XT is also in tow to get Android 10-based ColorOS 7 which is expected to arrive early next year since Realme 3 Pro has already got it. Once the Realme XT 730G is released, it will get the custom UI onboard as well. 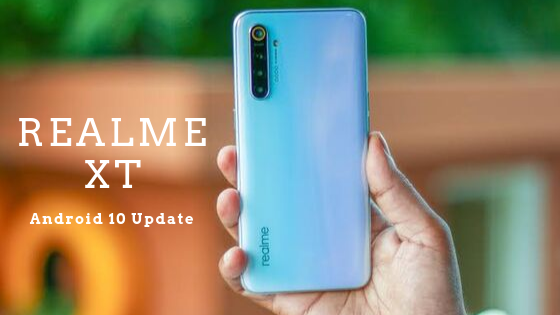 Android 10 is the latest edition to the Android OS family with a plethora of features up its sleeves that Google added as a new or upgraded version of what we saw with Android Pie 9.0 last year. Here’s a list of features that you’ll get with Android 10.

Android 10 is the tenth iteration in the Android OS family and bring a lot on the table. Although Realme 3 Pro is the first-ever from Oppo’s sub-brand to get the upgrade, Realme XT is scheduled to get its custom upgrade to Android 10-based ColorOS 7 in Q1 2020 which is basically between January and March alongside Realme X and Realme 5 Pro.

Realme XT is the first device in India to get a 64MP sensor. It runs on a Snapdragon 712 SoC paired along with 4GB+64GB, 6GB+128GB, and 8GB+128GB of internal storage. The device has a massive 6.4-inch Super AMOLED display with a 1080×2340 pixels resolution on-board and has a quad-camera setup comprising of India’s first 64MP primary wide-angle sensor along with 8MP ultrawide, 2MP macro, and 2MP depth sensor.

The phone which has a price tag of a budget smartphone has an oomph of a premium device. It packs in a massive 4,000 mAh battery that can be charged using VOOC Flash Charge 3.0 20W which is pretty fast than its predecessor. Furthermore, the device has an optical under-the-display fingerprint scanner & there much onboard to check out.