After scanning through various troubleshooting methods on fixing the issue, we have got some methods that you will find worthy. Here are some methods to fix Samsung Galaxy Active 2 Watch won’t charge or power ON. 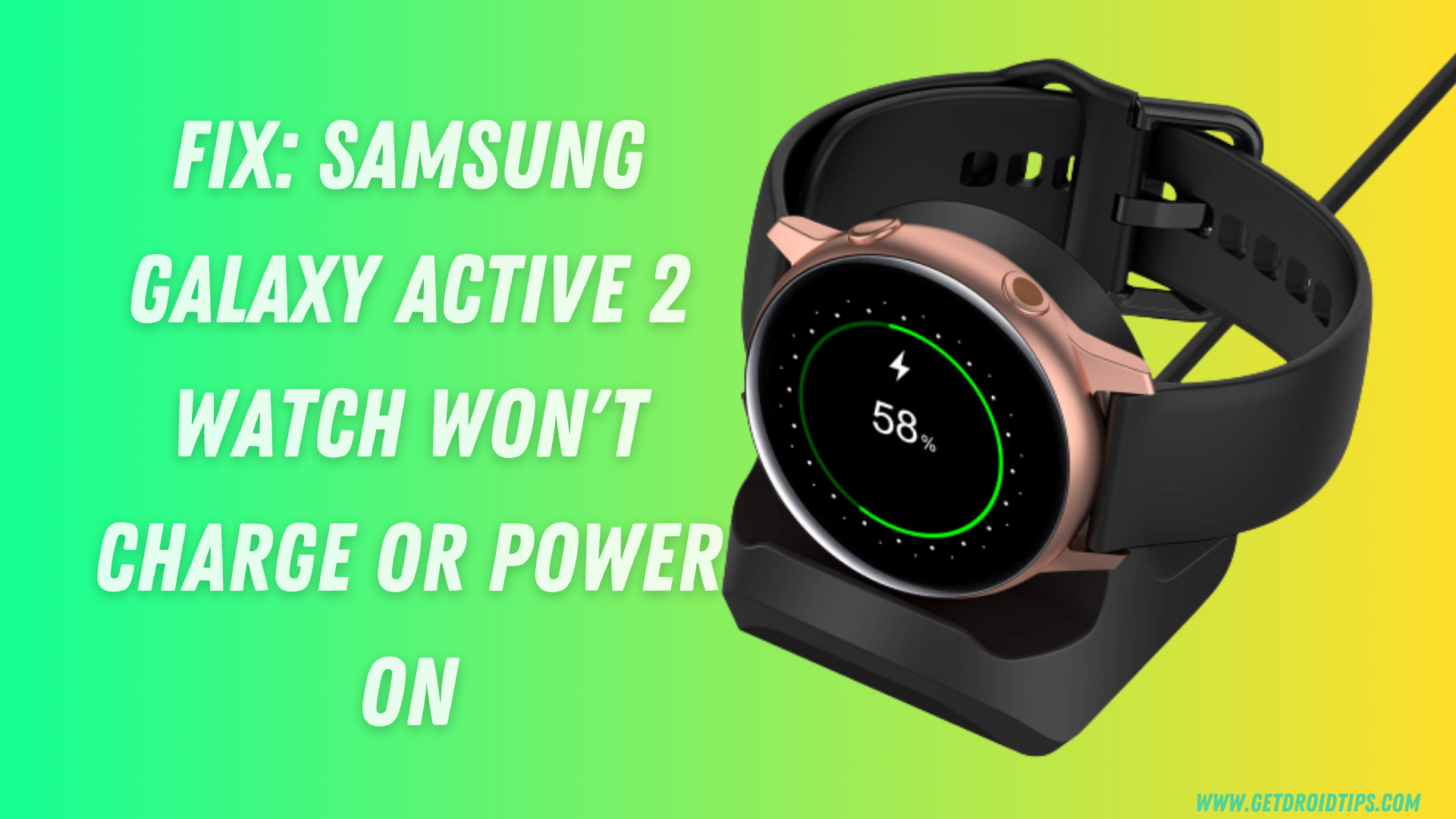 Why Would Samsung Galaxy Active 2 Watch Won’t Charge or Power ON?

Assuming that the battery mounted on Samsung Galaxy Active 2 Watch is drained, it won’t turn On or Power On. However, there can be other issues causing the smartwatch to stay powered down or not charged. For starters, check if the battery is to be blamed. The inclination is towards the issue reported by Samsung Galaxy Active 2 Watch that won’t turn on or even charge. Software glitches and bugs, non-compatible or broken charging units are some of the reasons why it would happen.

You are constantly trying to turn on the Samsung Galaxy Active 2 Watch but to no avail. The watch isn’t responding. One of the most probable reasons why it could happen is if the battery has drained way too low so much so that the watch isn’t able to vibrate or show LED light let alone lighting up the display.

You might have seen this troubleshooting method a lot of time but hey, it works. I am assuming that your Galaxy Active 2 Watch is still turned ON but not charging, rebooting can help. Apparently, it fixes any impending software issues or glitches. Check if it works or not.

Assuming that your Samsung Galaxy Active 2 Watch isn’t charging at all, there are two likely scenarios here w.r.t. the charger.

Firstly, it is likely that the charger you are using is broken. At the end of the day, it is an electronic device just like the watch and it tends to break just as any other device would break. This will be apparent if you were able to charge the watch a few days ago but as soon as you are connecting the wireless charging now, it doesn’t do its job. If you have a second watch with you, place it on top of the first charger to verify if it works or not.

It is perhaps recommended to use one’s charger to juice up the watch or buy a new one. We have recorded several instances of issues like the Galaxy Active 2 Watch not charging that was because of an incompatible charger. Thus, simply switching over to an official or authorized charger should be able to do the magic.

If you have a wireless charging stand, the placement of the watch could be different so read the instructions on the manual you get with the dock or search for the web. The charging coil (on the charging dock) should connect with the charging coil mounted on the back of your smartwatch to facilitate charging.

6. Report the issue to a service center

I don’t think so you would wear your Samsung Galaxy Active 2 Watch if it doesn’t turn ON just for the sake of it. Thus, if the watch is still unresponsive to power ON or no charging at all, it is high time that you report the issue to a service center. You have two options to go by i.e. an authorized service center or report it to a third-party (or local) service center. Depending upon the severity of the issue, you could have to replace or repair the watch or the charging dock.

This is the end of guide on how to fix Samsung Galaxy Active 2 Watch won’t charge or power ON. These are some of the most widely used and proven methods. Do let us know which method helped you fix the issue from the methods posted above.