Samsung killed it this year with the launch of the Galaxy S22 and the S22 Plus smartphones. With a brand new design and a promise of 4 years’ worth of software updates, the new flagship lineup of Samsung phones seems to be the best option in the Android kingdom. The new flat design has been turning heads and when you pair that with the best display in any smartphone, you got yourself one of the most beautiful phones to have ever existed.

There are a lot of things to enjoy and love about the Galaxy S22 and S22 Plus, but no smartphone is without its fair share of problems. Several users of the brand new smartphone have been complaining about their phone not recognizing the SIM card. If you are in a similar boat, worry not because we’ve got just the right guide for you! Read on to discover how you can easily fix the annoying bug where the Galaxy S22 won’t recognize the SIM card. 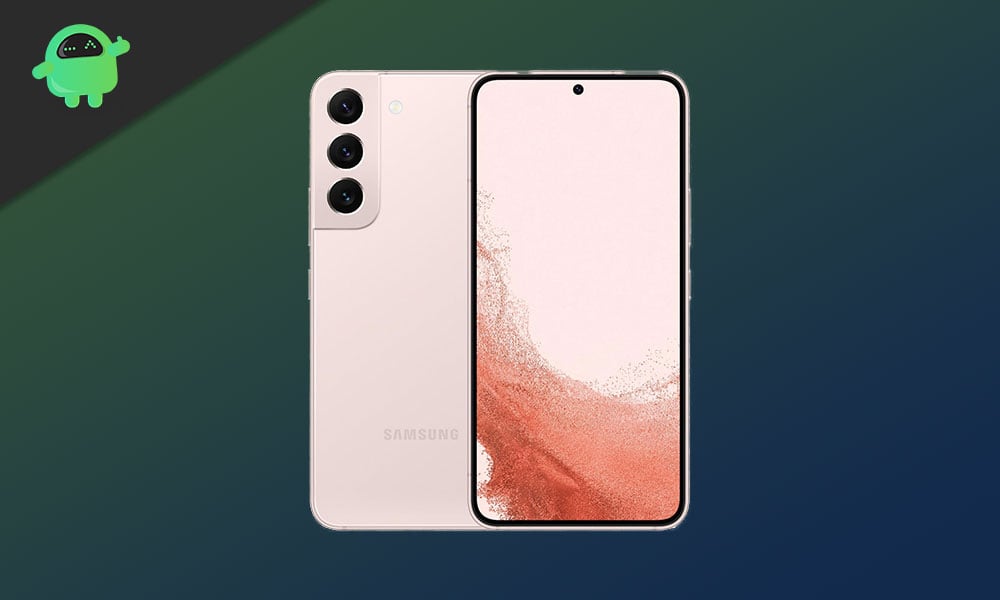 Before we jump into the guide, let us first have a brief overview of everything that the Galaxy S22 and S22 Plus bring to the board. As we’ve mentioned before, both the phones have an updated design that is boxier and overall looks sharper and bolder. The flagship phone comes with the latest and greatest Snapdragon 8 Gen 1 chipset (and the Exynos 2200 in some places) which puts it in the frontlines when it comes to performance.

Both the phones have a dynamic AMOLED 2X 120Hz display that supports HDR10+ and can sustain over 1300 nits of peak brightness. Simply put, you can’t find another smartphone with a better display than the Galaxy S22 series. Other notable specs of the phone include the ability to capture 8K video at 24fps or 4K at 30/60fps. The smaller S22 comes with a respectable 3700 mAh battery with support for 25W fast charging.

How to Fix Galaxy S22 SIM Card not recognized issue

If you’ve recently purchased the Galaxy S22 or the S22 Plus and have been unable to get a signal with your SIM card, there could be a couple of prominent reasons for the issue. Below, we will discuss possible fixes and recommend that you follow them in order until you find the fix that works for you.

Fix: Samsung S22/S22 Plus Not Turning On

Try turning on the Airplane Mode on your Galaxy S22 / S22 Plus and then turning it back off. This will force your phone to send and receive signals from the nearest cell tower. There is a good chance that your SIM card is being recognized but your phone simply hasn’t been able to pick up a signal which can be fixed by this trick.

You can also try rebooting your phone to bypass the Galaxy S22 SIM card not recognized issue. A reboot usually fixes any drivers that may have been loaded improperly.

Turn off your Galaxy S22 / S22 Plus, use the SIM ejection tool to remove the SIM out of your phone, put it back in, and then power on your phone. This can fix the issue if it was caused due to the improper seating of your SIM card in the tray.

If you’ve switched to a new SIM card while buying the Galaxy S22, your new SIM card might take some time before it is properly activated. In many places like India, it takes about 24 hours before you can start using a new SIM on your phone. In case a considerable amount of time has passed by, try contacting your carrier.

Fix 5: Test the SIM in another phone

To determine if the problem you’re facing is courtesy of your new Galaxy S22, you can try to use the SIM card in another phone and check to see if that phone recognizes the SIM card. If it works, you’ll know that the problem is residing in your Galaxy S22 / S22 Plus and not the SIM card itself.

There is a chance that the SIM card hasn’t been enabled in your Galaxy S22 / S22 Plus which can cause this issue to arise. To enable your SIM card, navigate to Settings > Network, and under the SIM Card and Info Settings tab, press on the toggle to enable your SIM card. Then reboot your phone and check to see if the problem has been fixed.

If all else has failed, there is still one last thing you can try. By factory resetting your phone, you will lose all data stored on your phone, including any photos and videos, so make sure you have a backup of everything before you proceed. Navigate to Settings > General Management > Reset > Factory Data Reset and tap on the reset button.

We hope our guide on how to fix the annoying Galaxy S22 SIM Card not recognized issue was helpful to you. If you have any tips other than what we’ve mentioned, do let the other readers know in the comments below! If you have any queries regarding the guide, feel free to contact us, we’d be happy to help!