Satisfactory is a new 3D first-person open-world exploration and factory building game. It released as an Early Access title on March 19, 2019. And it’s finally available for the public on the Epic Games store and on Steam. The game is somewhat similar to Factorio which is also an open-world factory building game. If you haven’t played a game similar to Satisfactory, it might seem complicated and overbearing.

How to Fix Satisfactory Crashing on PC 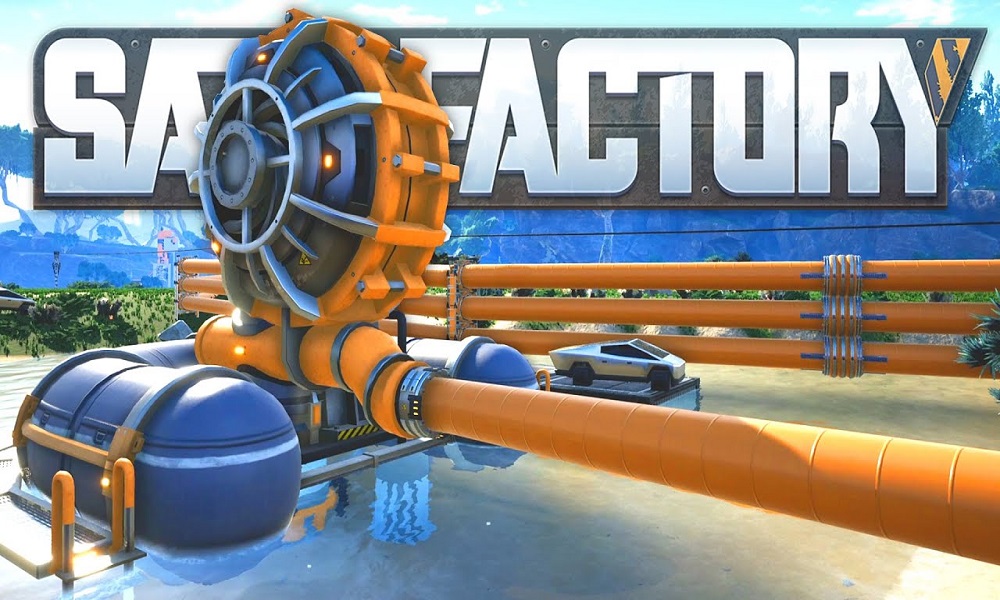 Knowing all the hotkeys in the game will make your gameplay experience a lot better and it will also help you save a bit of time. You can use the equipment and speed up the building process by using hotkeys.

Choose an open area to set up your base

No matter what planet you choose to build your factory on, the first thing you must look out for is an open and flat area. Finding an open area does not take much time and you should come across one within a few minutes of exploring. Setting up your factory in an open space will allow you to fit all the buildings and equipment you need in one area. It saves you the trouble of having to find space when you are expanding your factory in the game.

Make use of the hotbar

Automation is the way!

In this Satisfactory guide, one of the most important tips you must remember is that automation is extremely important. Having everything automated will save you a ton of time and headache of having to craft items manually. You can start off your automatic process by simply using a portable miner (more on this late), or you can set up a few smelters to get the work done. Furthermore, as you progress through the game, automate everything that can be automated. This includes concrete, wires, plates, cables, and more. The faster you being automating processes, the quicker you will be able to scale up your factory. 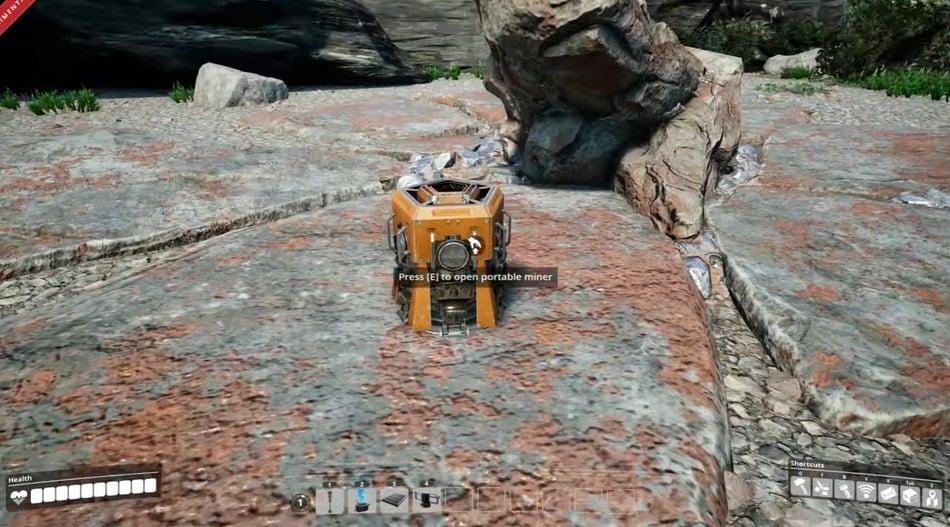 Portable miners are extremely useful in Satisfactory. They save a ton of time since all you need to do is walk to the portable miner and collect the materials. The portable miner can be built from the Equipment Workshop. And we suggest you make one as soon as possible. This ties in with the previous tip of automating things in the game as soon as you can.

The portable miner can be used by equipping them and deploying them on a resource node. It will automatically begin mining the resources. You can build a few more portable miners to collect material quicker to expand your factory.

How to fight hogs

You’ll come across hogs almost as soon as you begin exploring the area once you’re out from the drop pod. These alien creatures will attack you if you go near them. Fortunately, fighting a hog isn’t all that difficult. There’s not just one correct way to fight the hogs. However, one method that works for sure is to jump over the hog when it’s charging at you and strike it mid-air with the stun gun. You could even use any other method to stun the hog. A hog that has been stunned can be taken down easily.

Set up a Molecular Analysis Machine

The M.A.M or Molecular Analysis Machine allows you to research objects and items that you pick up. You can research alien organisms, flower petals, metal, nutrients and much more. Make sure to explore the world and collect all the different materials you can to research upon them with the M.A.M.

Check the purity of resource nodes

Power poles are crucial structures in Satisfactory. You need to create and place power poles around your factory to allow buildings and machines to function. You can connect only four items to each power pole including the power source. Thus, you will have to place several power poles around the area to keep everything functioning. 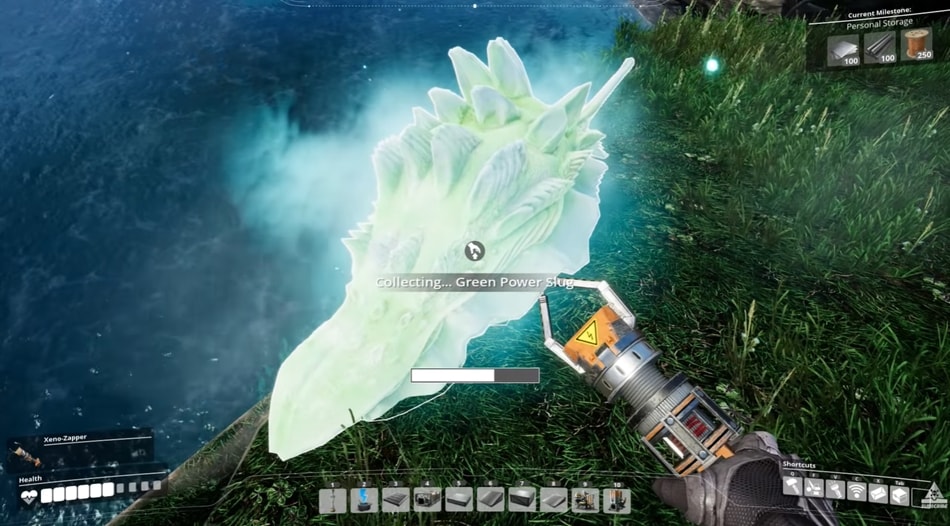 While the slugs might look creepy and completely useless at first glance, that isn’t true. Well, at least the latter part. These green mollusks can be found scattered around the map. They are usually easy to spot since they have a neon-ish glow to them which helps distinguish between them and the undergrowth. You will have to be a bit patient at the start since they are of no use at the beginning. However, as you progress in the game, you will unlock a building where you can store the creatures. Later on, you can convert them to power shards and use them in your extracting machines.

Use this trick to craft faster

While crafting items at the crafting bench, you can press and hold the space bar to craft multiple items in one shot. This will save you time since you will not have to click and hold to craft the items. It might seem like a pretty basic thing to do. But it actually does save a good bit of time especially at the beginning of the game. 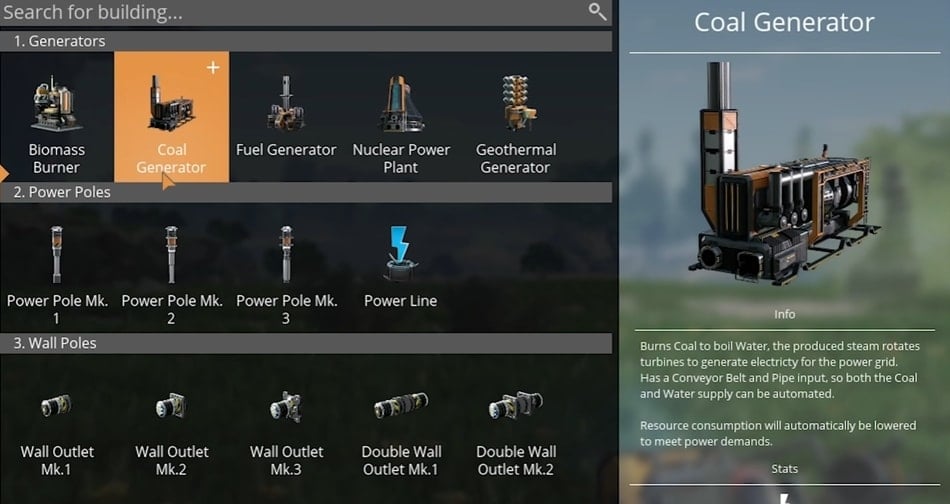 At the beginning, you will be stuck using biomass generators for power. While it’s a good power source at the beginning of the game. It definitely isn’t the most effective and efficient way to power your buildings. As you make progress in the game, you will unlock the space elevator and once that’s done, you will also have the ability to create a Coal Generator. Automating power will allow you to expand rapidly and set up way more buildings and have time for other research and exploration.

Get organized with the grid function

Having a messy layout in your base will just cause confusion and make the base look cluttered. Thankfully, there is an option to alight your buildings to the grid. You simply need to hold the Control key while building to snap it to the grid. Having an organized layout will let you keep track of things.

Tags: Game, How to Guide, Satisfactory