Coffee Stain Studios has released an automation open-world first-person base building video game called ‘Satisfactory‘ in 2020. The game is only available on Windows via Steam and Epic Games you can grab it to play. It’s currently in the early access stage which indicates there may be some issues or bugs that can appear to the players. It’s quite unfortunate that players are reporting about the Satisfactory game Not Logged into Epic or Steam account sometimes. 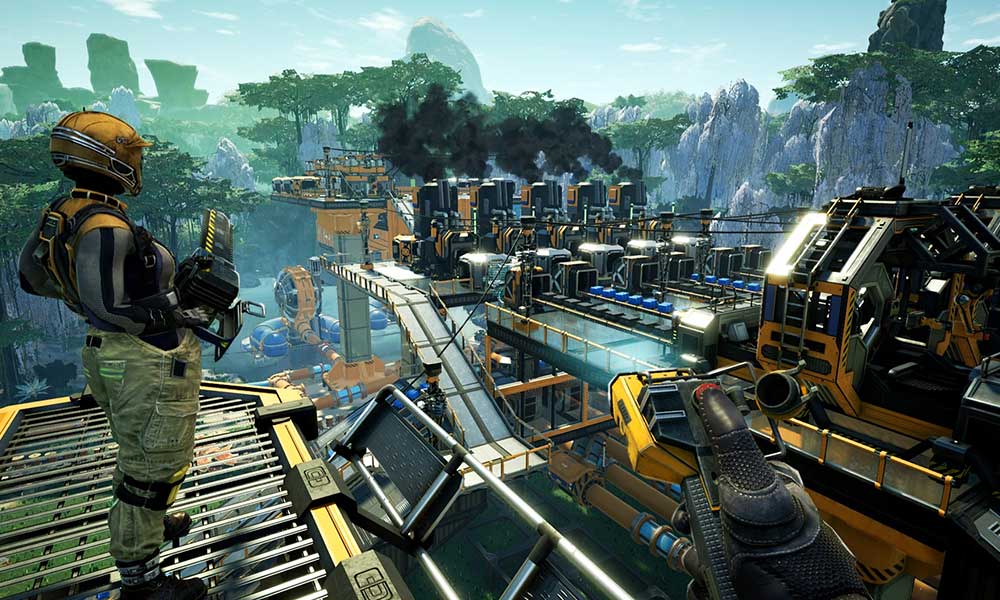 If we take a quick look at the Satisfactory QnA section then you might have noticed that the “NOT LOGGED INTO STEAM” ON EPIC VERSION OF SATISFACTORY – Early Access: 155350 error message can appear quite often. Though it’s a known issue, there is no specific solution mentioned by the affected players or by the game support yet. Luckily, we’ve managed to share some workarounds that might gonna come in handy.

You should also try signing into your account using valid credentials which is necessary because incorrect log-in credentials may trigger sign-in issues as well as account linking issues. To do so:

It’s also recommended to try deleting the Epic Games Launcher webcache by following the steps below to ensure there is no issue with the corrupted or outdated cache data on your system.

Make sure to try repairing the Epic or Steam launcher on the PC by following the steps below because sometimes the game launcher may become corrupted or the cache data can become more stubborn to be removed.

If none of the methods worked for you then make sure to share your ‘SaveGame’ (.sav) file with your friend who also plays Satisfactory on Epic Games. Then your friend can load your world inside the game using the SaveGame file and you can join the game via Session ID. Some players have found this workaround useful enough. So, you can also try this method.