OnePlus has unveiled its new 8 series of devices. The new OnePlus 8 sports a 6.55-inch display, Snapdragon 865, 8/12GB RAM, 128/256GB storage, triple rear camera setup, and runs on Oxygen 10. Now, if you’re using this handset and want to upgrade or install the stock firmware, then this article is for you. Here you can get the list of T-Mobile OnePlus 8 Software Update Tracker and Download links as well.

If you’re using the T-Mobile OnePlus 8 handset and didn’t receive the OTA update notification yet for a while, then you should check it manually. For your info, the latest software update version of OxygenOS 10.5.8 brings the April 2020 patch to the device with other system improvements. Whereas, the one more previous update was also brought a security patch level to the device. Now, before going to the software update list, take a look at the device specifications. 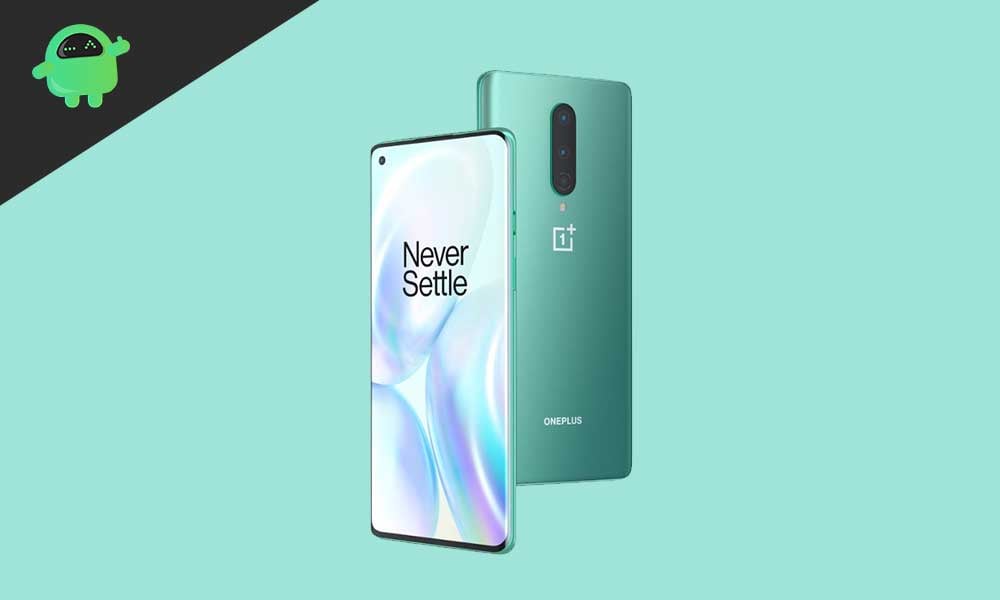 The OnePlus 8 features a smaller 6.55 inches Fluid AMOLED display that comes with a Full HD+ display, which comes with pixels of 1080 x 2400. It also comes with an aspect ratio of 20:9, a pixel density of 402 Pixel Per Inch (PPI), HDR10+ compatible display, 3D Corning Gorilla Glass, and a screen refresh rate of 90Hz.

Coming to the optics, the OnePlus 8 sports a triple rear camera setup, which is arranged in a vertical manner to the center. This has a primary 48MP Sony IMX 586 sensor with f/1.75 aperture, Laser AF, EIS, OIS, 6P lens, and omnidirectional PDAF. Further, it gets a 16MP ultra wide-angle sensor with f/2.2 aperture, PDAF, and field of view of 116°. Finally, it gets a 2MP depth sensor with an f/2.4 aperture. This device also gets a Dual LED flash, no optical zoom support, although the sensor supports 2x zoom. To the front, just like the Pro version, this device gets a 16MP Sony IMX 471 sensor with an aperture value of f/2.45.

The OnePlus 8 packs a 4,300 mAh battery that charges over the type C port. This also supports 30W Wrap fast charging tech, and the brand claims that it can do up to 50% in just 23 minutes. This new device runs on Oxygen OS 10.0, which is based on the latest Android 10. Connectivity options include Wi-Fi 802.11 a/b/g/n/ac/ax, dual-band, Wi-Fi Direct, DLNA, hotspot, Bluetooth 5.1, A2DP, LE, aptX HD,, GPS with dual-band A-GPS, GLONASS, BDS, GALILEO, SBAS, NFC, and USB 3.1, Type-C 1.0 reversible connector, USB On-The-Go. This new device is available in three color options, namely Glacial Green, Ultramarine Blue, and Onyx Black. Finally, coming to the pricing, it starts at $ 699.

Here we will keep updating the latest software versions along with the changelog whenever a new official firmware update will be available for the T-Mobile OnePlus 8 model.