In this post, we have listed out the top ten smartphones that are about to be released this week in September 2020. A few years back there were only a couple of OEMs reigning the Indian smartphone market. While it made easy for the buyer to select the preferred device, on the flip side, there wasn’t much to choose from. However, with the entry of Oppo, Vivo Realme, Infinix, etc, the mobile industry has undergone a major change.

But with so many of devices to choose from, it becomes an extremely tough job for the buyer to settle for that perfect buy. With most of the smartphones offering a plethora of features and priced aggressively, buyers are usually spoilt for choices, in a good way. In that regard, this guide is here to help you out. Today, we will check out the top ten smartphones to be released in September 2020. Follow along. 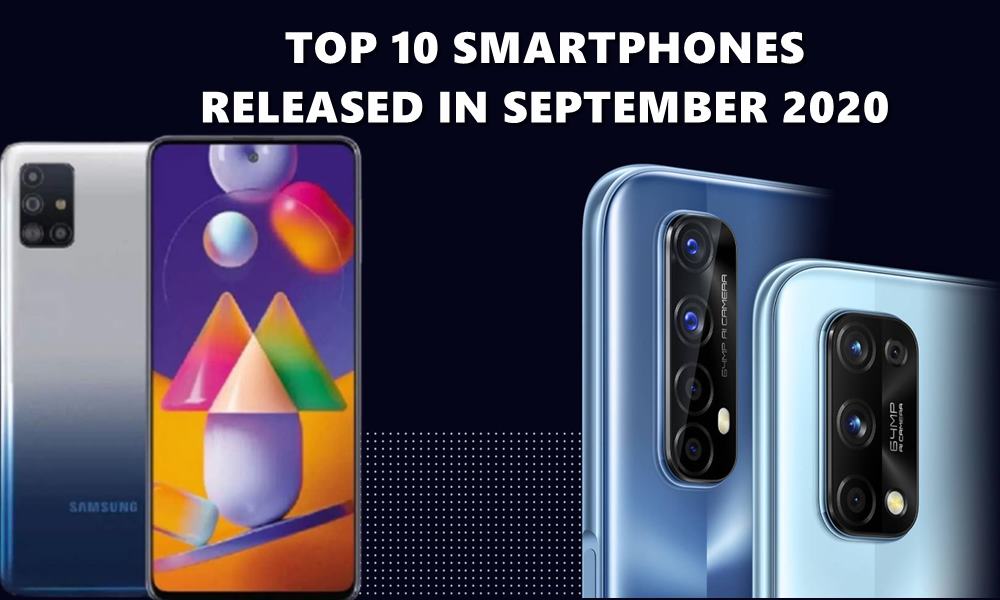 All the smartphones listed here are about to released, hence the specs sheet and prices in some cases might witness a few changes. However, there wouldn’t be any drastic change as such and you could easily rest your decision on this guide. Given below are the ten smartphones to be released in September 2020 in no particular order. What might be the top-ranked for some, might not satisfy the requirements for others. So go through the detailed specs sheet and then rest your decision accordingly. 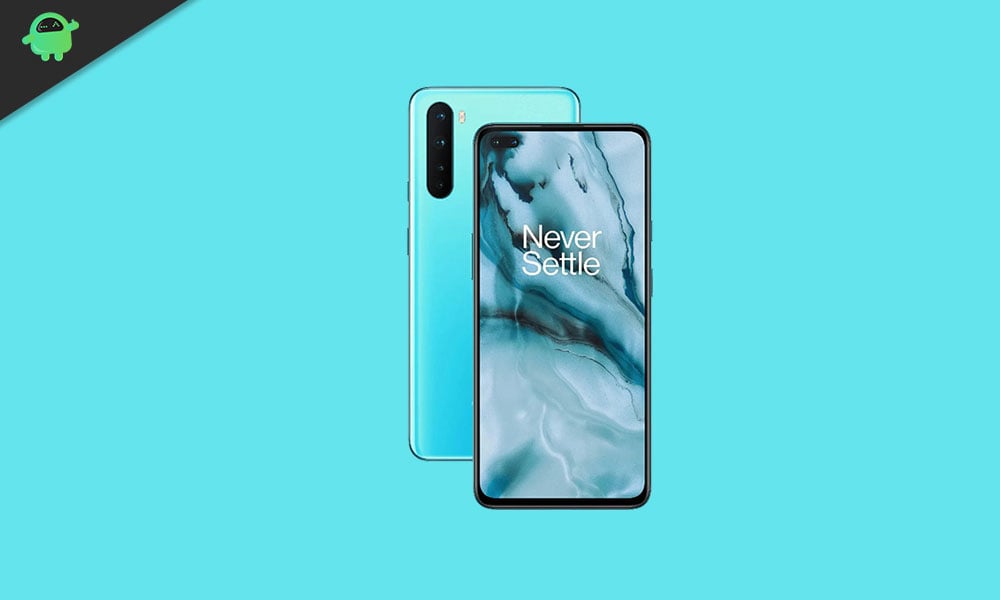 The latest offering from OnePlus easily had the most-hyped smartphone launch to date. Dubbed the OnePlus Nord, it has everything that one could expect from a budget device. While the 128GB 8GB RAM, 256GB 12GB RAM variants are already available in the Indian Market, most buyers were eagerly waiting for the base variant with a 6+64GB RAM/Storage combination. Come September and they could get their hands on this 6.4-inch device. There is a 1080 x 2400 pixel resolution with a 90hz refresh rate.

Under the hood, you get an octa-core Qualcomm SDM765 Snapdragon 765G chipset with Adreno 620 as the GPU. Then you get a quad rear camera setup with 48+8+5+2MP, which could record videos up to 4K@30fps. On the front, you get a dual 32+8MP camera with 4K@30/60fps video-recording capacity. Out of the box, the device comes with OxygenOS 10.5.4, based on Android 10. The under-display fingerprint device has a 4115 mAh battery that supports 30W fast charging as well. All in all, a power-packed device that only costs Rs 24,999. 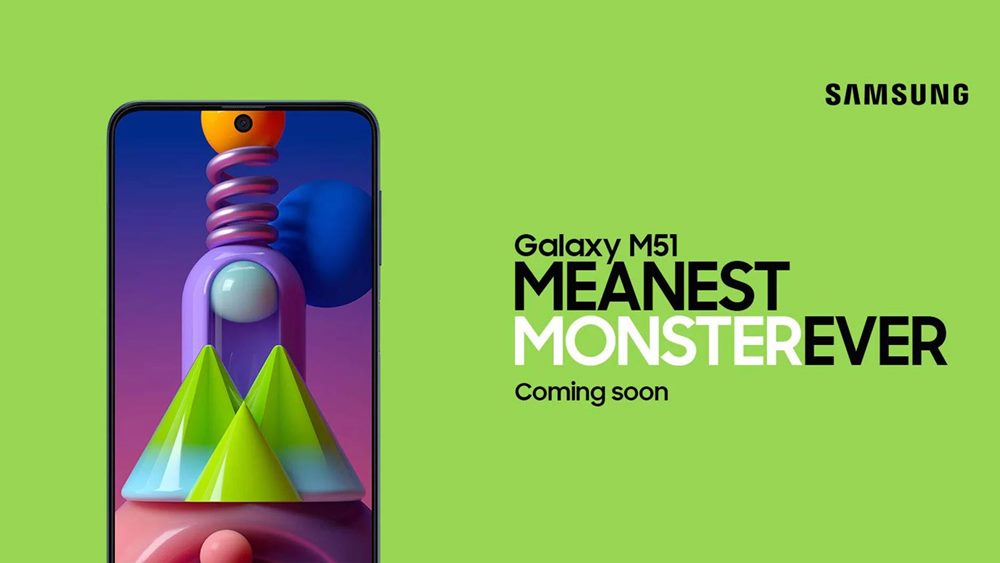 Samsung also has a couple of pretty impressive smartphones lined up in its M series. In this regard, the M51 is the latest entry about to set its feet into the budget domain. The 6.67-inch screen has a 1080 x 2340 pixel resolution with a 19.5:9 aspect ratio. It is based on Samsung’s own OneUI 2.0 on Android 10. The octa Qualcomm SDM730 Snapdragon 730 chipset has an Adreno 618 GPU for the gamers. It comes in two different variants- 128GB 6GB RAM, 128GB 8GB RAM.

The triple rear camera 64+12+5MP is equally supported by a 32MP front camera. While the back camera comes with 4K@30fps video recording, the front has a 1080p@30fps with HDR. The device is rumored to come with a massive 7000 mAh battery that will easily make your device last an entire day, even on above-average usage, complementing which is a 25W fast charging feature. It is rumored to be priced around Rs. 24,990. 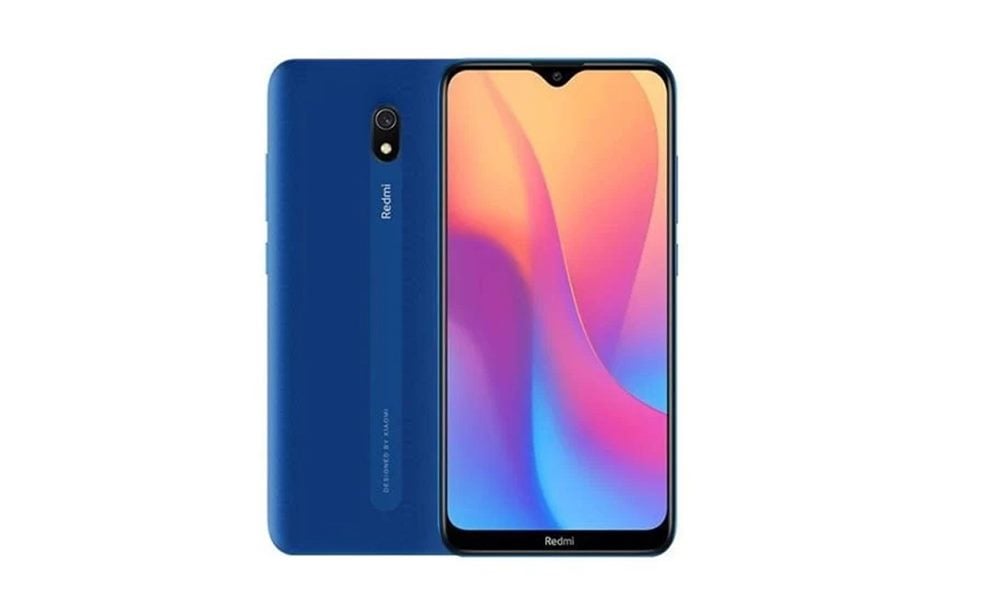 While Redmi is no longer part of Xiaomi, yet it has retained its USP of providing feature-rich devices to the masses. The recently announced Xiaomi Redmi 9i is a perfect example of the same. The 6.53 inch IPS LCD screen has a 720 x 1600 pixel resolution and a tall 20:9 aspect ratio. Talking about the OS, you get Xiaomi’s own MIUI 12 based on Android 10. The PowerVR GE8320 GPU has an octa-core MediaTek Helio G25 chipset.

It comes in a single 32GB 2GB RAM combination. While it may not sound too much, but considering the price segment to which it belongs, one cannot complain too much (around Rs. 8,999). On the back, you get a single 13MP camera with a front 5MP front camera. Whereas the back camera could record videos at 1080p@30/60fps, the front has a 1080p@30fps. Wrapping up, you get a 4000mAh battery. 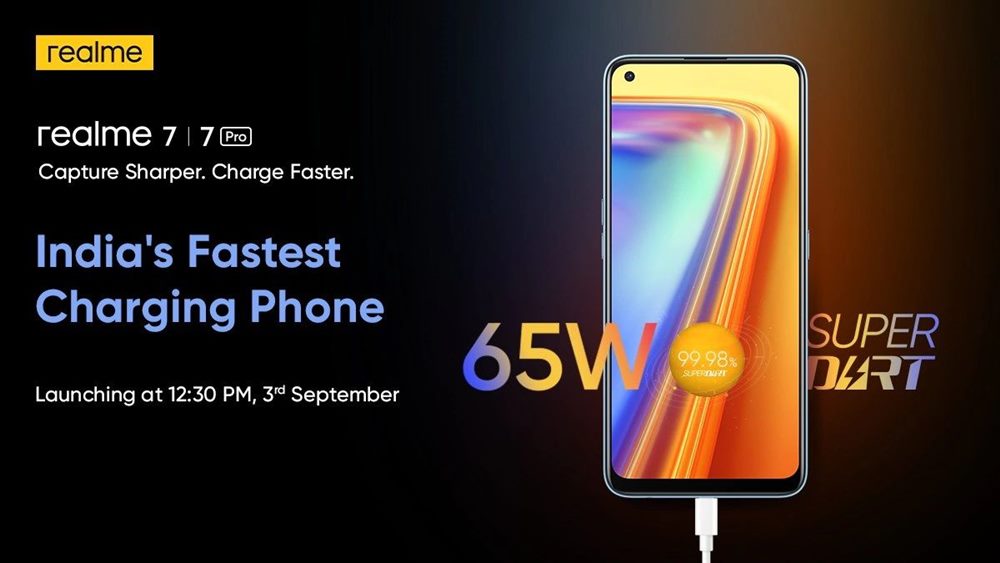 Catering to the sub Rs 20,000 domain, there are already quite a few devices lined up. Adding the Realme 7 Pro with an expected price of around Rs. 17,999 to this list and the competition gets a new edge. The Super AMOLED 6.4 inch screen comes with 1080 x 2400 pixel resolution. Out of the box, you get the company’s own Realme UI, which is based on Android 10. Then there is an octa-core Qualcomm SM7125 Snapdragon 720G chipset with Adreno 618 GPU.

The device, with an under-display fingerprint comes in two variants- 128GB 6GB RAM, 128GB 8GB RAM. Similar to other devices in this domain, it has also retained a quad rear camera. These spell out as 64MP (wide) + 8MP (ultrawide) + 2MP (macro) + 2MP (depth). The selfie camera has a single 32 MP lens with f/2.5 aperture. To support these features, it has a 4500 mAh battery with a mammoth 65W fast charging. 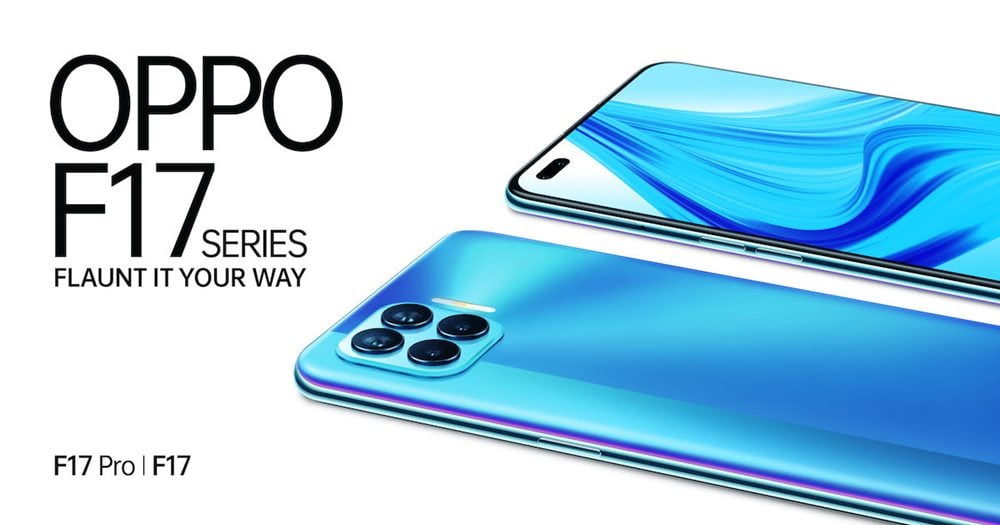 While the former could record videos all the way up to 4K@30fps, the latter has 1080p@30fps capability. Furthermore, it has also retained the 3.5mm headphone jack, which is indeed a welcome move. To round off, you get a 30W VOOC 4.0 fast-charging 4000mAh battery. Alongside this, the Oppo F17 is also slated to be released on the same date (i.e 2nd September). The 6 GB RAM / 128 GB internal storage of this variant will be priced around Rs 21,999. 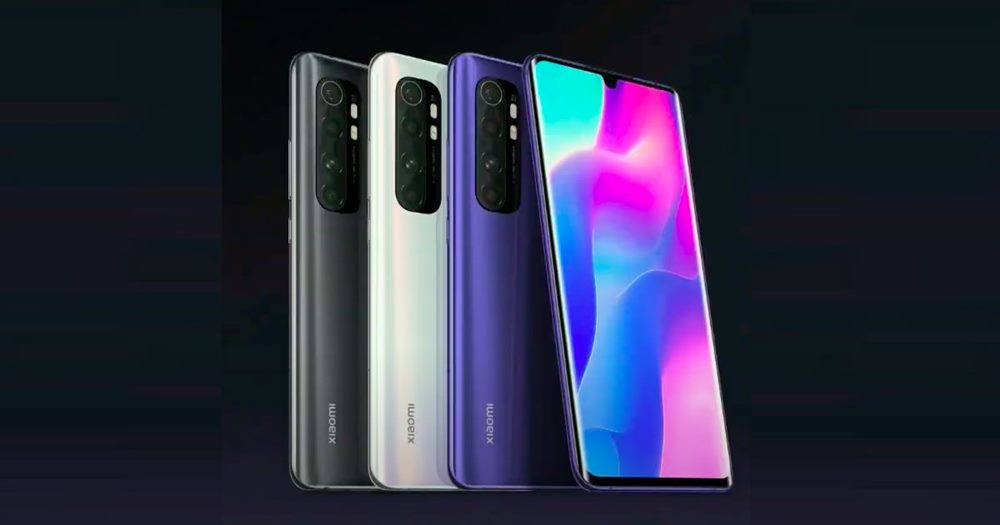 The internal memory is expected to be around 64GB, which might disappoint a few users. The RAM on the other hand is 6GB with Qualcomm Snapdragon 730G chipset and Adreno 618 GPU. Then there is four rear camera setup with 64 MP+8 MP+5 MP+2 MP. On the front, there is a single 32 MP camera. To support these features you get a 5260 mAh battery that will be sufficient for a day’s usage. 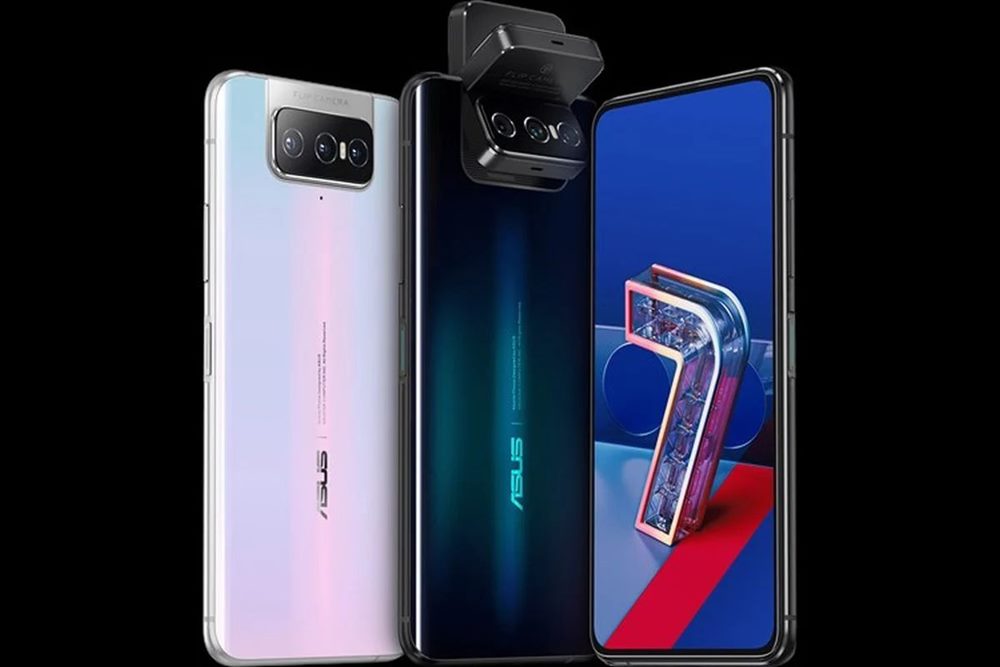 Asus Zenfone 6 series had a pretty decent track record and its successor is bound to be impressive as well. The Asus Zenfone 7 Pro has a Super AMOLED 6.67 inch screen which is protected by Corning Gorilla Glass 6. The 1080 x 2400 pixels resolution also has a 90Hz refresh rate to give a fluid experience. The device is based on Asus’ own customized OS, ZenUI 7, based on Android 10. With a top-end Qualcomm SM8250 Snapdragon 865+ chipset, you get the best in class Adreno 650.

This Pro variant comes in a single 256GB 8GB RAM. The Motorized flip-up selfie camera could record videos at a highly impressive 8K@30fps. On the front, you get a triple rear combination in the form of 64+8+12MP with the same 8K@30fps capability. The side-mounted device has a 5000 mAh battery with 30W fast charging. The Asus Zenfone 7 is expected to be priced at Rs 55000 while its Pro variant might take the cost factor up to Rs 71,000. 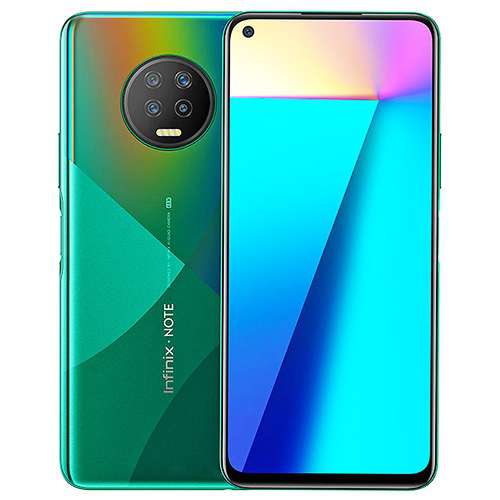 The Infinix is also slowly but surely building up a brand for itself in the Indian markets. Its latest offering in the form of Infinix Note 7 will go a long way in cementing its place. With the price ranging around Rs. 9,499, Xiaomi seems to have got a tough competition. With a huge 6.95 inches screen, the 720 x 1640 pixel resolution has an approximately 83.7% screen-to-body ratio. The octa-core MediaTek Helio G70 chipset adds up well with the Mali-G52 2EEMC2 GPU. 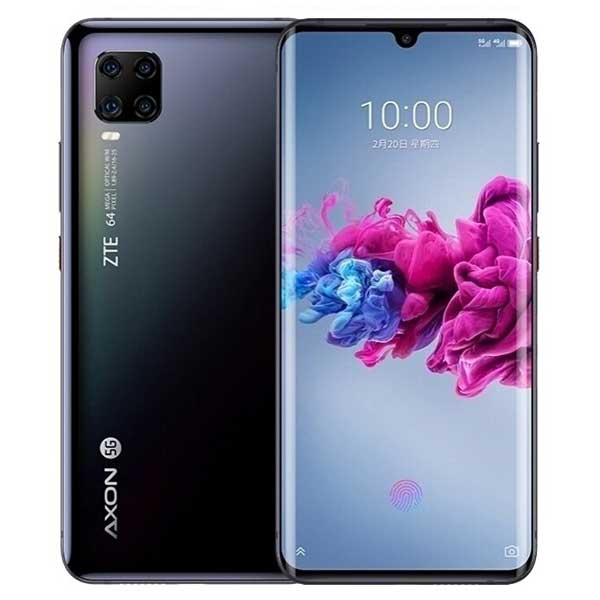 This flagship from ZTE has a pretty impressive specs sheet and might spice up the budget segment. To begin with, the 6.92-inch screen has 1080 x 2460 pixels. Out of the box, you will be greeted with the OEM’s own MiFavor 10 OS based on Android 10. Then there is the Qualcomm SDM765 Snapdragon 765G chipset along with Adreno 620. The underlying chipset makes the device 5G compatible. Furthermore, the device has to offer three different combinations: 64GB 6GB RAM, 128GB 8GB RAM, 256GB 12GB RAM.

The 64+8+2+2MP quad rear camera setup could record 4K videos @30/60fps. On the front side, there is a 32MP camera with a 1080p@30fps video recording feature. The under-display fingerprint display has a  4120 mAh battery with 18W fast charging and Quick Charge 4+. While there is no words about the pricing, the specs sheets are similar to the OnePlus. So we expect to be among the Rs 30,000 range. But this is just our rumored price and the final price might vary. 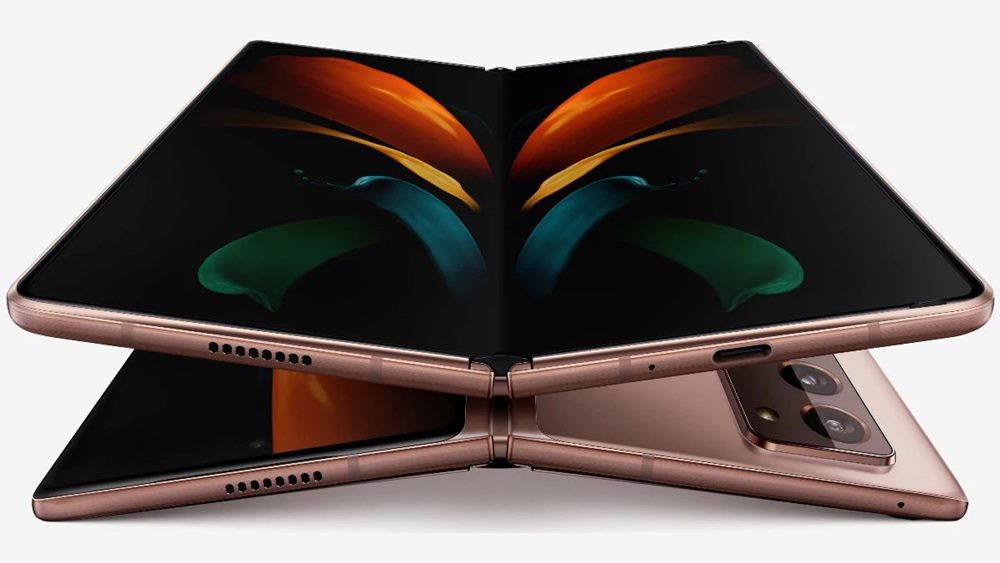 Rounding off this list of the top 10 smartphones for September 2020 is the second-generation Samsung Galaxy Z Fold. While the first one had its fair share of issues, that was more around the expected lines, as the first build of something revolutionary isn’t always perfectly polished. Anyways, Samsung seems to have effectively dealt with these issues in the second build. Before we list out its features, we would like to straightaway mention that the Samsung Galaxy Z Fold 2 5G costs around Rs 1,50,000.

Whether or not this price is justified, we leave that decision to our readers to decide. Talking about specs, you get a 7.6-inch screen (the cover display is around 6.23 inches) with 1768 x 2208 pixels and a 120Hz refresh rate. Under the hood, you get a Qualcomm SM8250 Snapdragon 865+ chipset with the powerful Adreno 650 GPU. The 256GB 12GB RAM variant comes with a triple rear camera.

These hold the 12MP (wide) + 12MP (telephoto) + 12MP (ultrawide) that could record 4K videos at @60fps. Then there is a single 10 MP selfie and cover camera. it also has its own Bixby natural language commands and dictation. To support these hefty features you get a 4500 mAh battery with 25W fast charging, 11W Fast wireless charging, and even a 4.5W Reverse wireless charging.

With this, we conclude this list of the top ten smartphones that are about to be released this week in September 2020. We have listed out the complete feature list and the expected price. As you might have noticed, every OEM has incorporated its own unique features and priced accordingly. In this regard, we would like to know your opinions as to which device you ultimately settled for. Rounding off, here are some iPhone Tips and Tricks, PC tips and tricks, and Android Tips and Trick that you should check out as well.