If you have been on the lookout for some of the best Call Recording Apps for Android, then you are absolutely in the right place. Read on to learn about some of the most intuitive applications available for Android that allow the users to record any phone conversation with ease.

It is 2019, and with every new phone being released day after day, we have been seeing a plethora of new features. Almost every phone being released now has a number of cameras, an under-screen fingerprint scanner, and more futuristic features like a pop-up mechanism for the front-facing camera. All of these features are good to have but are no doubt kind of gimmicky when you factor in just how many essential features these smartphones omit every year. We are talking about a feature as basic as call recording natively. It is a surprising fact that most of the “smartphones” don’t come with a built-in option to enable the users to record their phone calls and listen to them at ease at a later point in time. 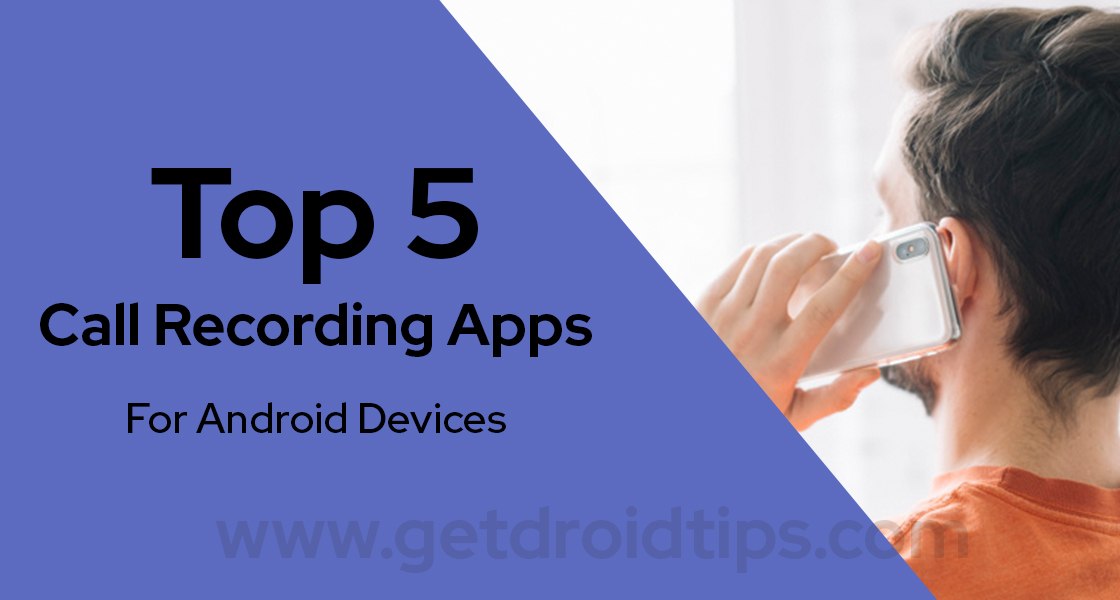 While some smartphone manufacturers provide this option within their phones, many still don’t. Skins like OxygenOS by OnePlus, MIUI by Xiaomi and OneUI by Samsung all have a one-click option while in a phone call that instantly allows the users to record the entire phone conversation. However, phones like the Pixel still don’t have an option remotely close to even what it is supposed to do. In such a case, users have to heavily rely on apps. It’s true that there are hundreds and thousands of applications that claim to record your phone calls for you over on the Google Play Store, but you should always be cautious before downloading them. Granting any kind of private access to an untrustworthy app might be a very bad idea.

This is why we have curated a list of some of the best call recording applications available on the Google Play Store for Android devices. Some of the apps have more features than others, while some have better audio recording qualities. Anyhow, if you have been searching for an all-around good application to record your phone calls, then look no further!

Google has denied access to all kinds of services that allow recording calls on Android devices running on Android 9.0 Pie and higher. If you have a device running Oreo or lower, then this article will be great for you to find the best call recording app according to your convenience. However, if you are running on Android Pie and still want to record calls, you require root access.

All of the apps mentioned below have been tried and tested by yours truly, and I recommend only those apps that provide a fulfilling user experience. As far as availability goes, most of the apps we’ve mentioned below are free, to begin with, but run on a freemium basis which means users can opt into buying the premium versions which unlocks a whole lot of other cool features. Overall, if you don’t plan on spending any money on a call recording Android app, you can still enjoy most of the listings here too! With that being said, let’s take a look at our top picks!

The first app on our list is ACR Call Recorder, and it one of the most feature-packed ones available to download on the Play Store as well. For starters, you can choose to have it automatically record all of your phone calls without you even having to manually enable it every single time. You also get intuitive features such as recognizing unknown phone numbers globally, even when you don’t have the caller’s contact number saved. After the recording is completed, you can easily browse through all of your recordings, save and share them if you want to. You can download the latest version of ACR Call Recorder by following the Google Play Store link below :

Next up, we have Cube Call Recorder which serves the exact same purpose, but on a much bigger level. Unlike most of the picks on this list, Cube Call Recorder can also record high-definition calls that take place on apps other than the phone app. For example, you can use this to record calls on WhatsApp, Skype, Telegram, Viber, Facebook, Hangouts and many more applications. You can also choose contacts for which the recording will automatically begin, or exclude specific contacts to do the opposite. There is also a premium feature of the app that allows you to create a PIN lock to make sure others don’t access your call recordings, and it also allows you to back all of your calls to the cloud for ease of access. You can download the latest version of Cube Call Recorder ACR by following the Google Play Store link below :

This mention on our list is one of the oldest call recording apps that is available on the Google Play Store. It has been around since ages, and hence has a really great users rating. We also found its quality of recording to be very consistent. Just like the other recording applications, this one allows you to select specific contacts to trigger the automatic call recorder function and saves the recording in your inbox. From here, you can choose to save it locally on your device, or it gets discarded after a few days automatically. The premium feature has a few more features that make it more viable to people who like having more recording options and quality. However, even the free version allows its users to backup their call recording on the cloud, either on Google Drive or Dropbox automatically! You can download the latest version of Automatic Call Recorder by following the Google Play Store link below :

Next up, we have Auto Call Recorder, an application that we feel most of you will find the most appealing thanks to its layout and design. The minimalist material design theme of this app makes it easier to use and access options when compared to the other apps. What makes this app even better is that it is completely free (although ad based) and still offers a lot of great features. You can exclude contacts, or add them to trigger the automatic recording mode. All of your recorded conversations go into the temporary library of the app, which will expire in 2 weeks, so make sure you save the calls your want locally. You can also save your calls to the cloud, or share them on social media apps like WhatsApp or Facebook. You can download the latest version of Auto Call Recorder by following the Google Play Store link below :

The last and final offering on our list today is also one that might intrigue you a lot. Just like Auto Call Recorder, this app has a very well spaced-out design, with material elements and smooth animations everywhere – making it a pleasure to use. When it comes to functionality, the app allows you to record conversations in file formats such as 3GP, AMR, and MPEG4. The recording quality is top-notch, and you can even save your calls locally to your device. Just like our first pick on this list, this app also allows users to identify the caller’s name from unknown numbers and even block them for future convenience. Overall, this automatic call recorder app is going to be our top pick thanks to its sheer convenience and flexibility in terms of design and UI. You can download the latest version of Automatic Call Recorder by following the Google Play Store link below :

That’s all folks! We hope you enjoyed our roundup of some of the Best call recording apps for Android devices! Which one among the list is your favorite, and how many of these recording apps have you already known or have been using? Know other good Android call recording apps that you feel people might find interesting? Do let us know in the comments section below, we’d be delighted to hear from you guys!