Well, there are a couple of functionalities or features available on Android that most smartphone OEMs set a limitation for the users. That means even though the feature is available, users may not take full advantage of it or mostly they don’t get additional customization features just like custom firmware. In that sense, the geek Android users are always eager to unlock the bootloader of their devices.

Once the bootloader of the Android device gets unlocked, you can easily flash custom or third-party firmware, third-party modules, root access, custom recovery, etc. But do keep in mind that all the system-level customizations can be done only after unlocking the bootloader. So, it’s a top priority, and it should be unlocked properly on any Sony Xperia device by following this guide. 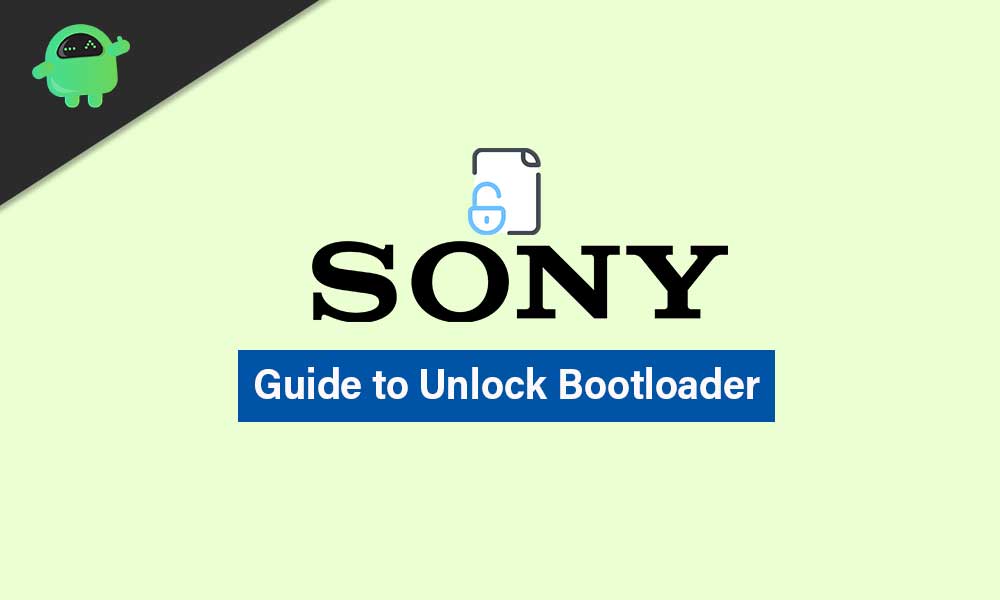 A device Bootloader is a sort of specific code or program that runs first whenever you turn on your device. It basically sends the hardware-level command to the device system to run the specific boot mode according to the button combination. So, if a user wants to boot the device in the system normally, then only pressing and holding the power button will boot the device.

But if a user wants to boot the device into the stock bootloader, then using the power and volume up/down key combination is required to do so. Now, the stock or a locked bootloader doesn’t have enough options to play with, and it doesn’t allow users to flash third-party files into the system or boot partition as well. Therefore, after unlocking the bootloader, you can install a custom recovery like TWRP, and then you’ll be good to go.

Is there any need to unlock the bootloader?

If you’re an advanced level Android user or in the development works then obviously you should unlock the bootloader of your Android device. But if you’re not a tech-savvy or extreme level of customization lover then we’ll suggest you keep using your device as it is.

So, once you’ve unlocked the bootloader on your Android device, you can easily enable root access on your phone. This will allow you to install rooted apps, remove bloatware or even system apps, overclock or underclocking performance, increase battery life, hibernate unused apps in the background, and more.

Here we’ve listed out all the advantages and disadvantages of bootloader unlocking.

How to Unlock Bootloader of Any Sony Xperia Device

Before heading over to the main steps, make sure to follow all the requirements properly. So, without wasting any more time, let’s jump into it.

Now, before getting into the bootloader unlocking steps, make sure to follow all the necessary requirements below.

It’s highly recommended to charge your device before following the steps below. Make sure to keep the battery charged at around 50% so that the bootloader unlocking process goes smoothly.

#2. Requires a computer and a USB cable

To unlock the bootloader on your Android handset, you’ll require a computer and a USB cable to connect your handset with the PC/Laptop. Once connected, you’ll have to run ADB and Fastboot commands on your mobile via the PC to get the job done.

As mentioned above, if you’re going to use the USB cable and the computer to connect your Sony Xperia handset, then you’ll also require the Sony USB Drivers for your PC. To recall, the USB Driver allows the device to properly connect with the computer without any connection or synchronization loss. So, you’ll have to install the USB Driver for your Sony device.

This is one of the most common things to do before unlocking the device bootloader properly. As the Developer Options menu comes hidden on Android devices, you’ll have to enable it first, and then turn on the USB Debugging and OEM unlocking options.

Make sure to download and install the Android SDK and Platform Tools on your PC that includes necessary ADB and Fastboot files for running commands on the Android device.

#6. Take a full backup of data

Once all is done, just ensure that you’ve done a data backup of your device to the cloud storage or any other external device for safety purposes. Unlocking the bootloader will wipe out the internal device data completely.

Here we’ve mentioned the full bootloader unlocking process in a couple of individual steps that you can follow for your ease.

It’s only possible to unlock the bootloader for certain releases that supports AOSP developments. To check for the same, you can perform the following steps:

Please Note: If Bootloader Unlock status says ‘No’ or the status is missing for the model, then your device cannot be unlocked officially.

WARNING! If you perform the bootloader unlocking method, you’ll unlock the bootloader of your device but it’ll also void the manufacturer’s or operator’s warranty (if any). So, GetDroidTips won’t be held any kind of data loss or damage to your phone by following this guide. Do this at your own risk. 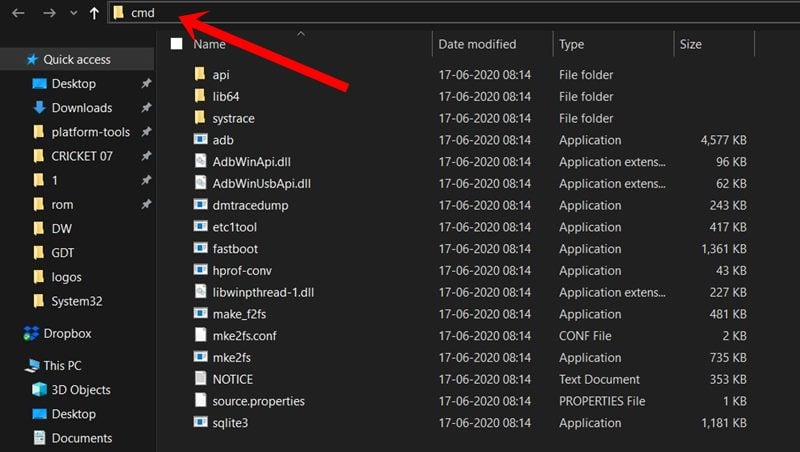 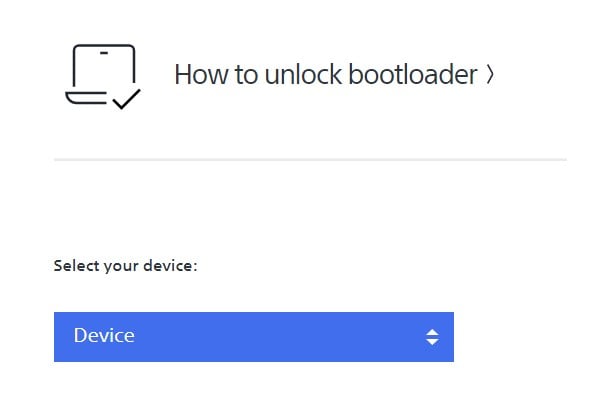 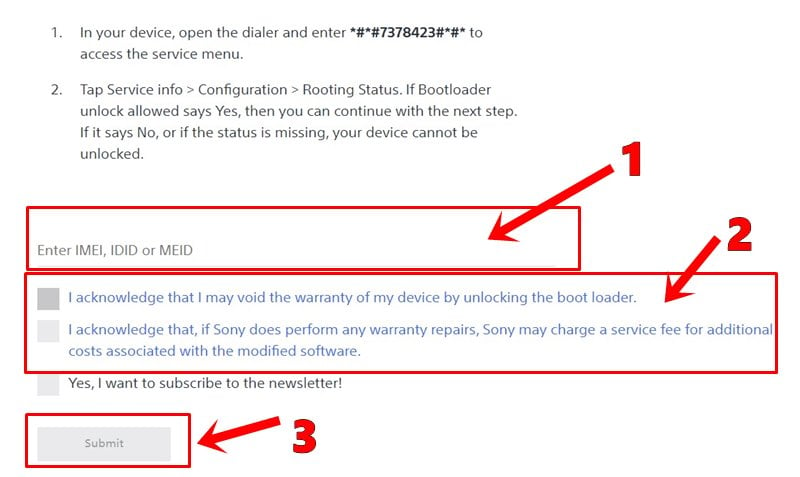