The year 2019 has been great so far for Xiaomi including the launch of MIUI 11, remarkable Mi Note 10 series, Redmi Note 8 series, and plenty more. Now, talking about the Mi Note 10, it’s the latest camera beast smartphone from Xiaomi that offers 108MP Quad cameras. There are a total of five cameras including four rear cameras and a single selfie camera. With the help of Pixel Binning technology and enhanced AI, the images come out great with nice-looking colors. However, people have reported WiFi problems with Mi Note 10 that needs to be fixed.

Why WiFi problems is a huge issue is because we as a people have become addicted to our smartphones and since we are glued to the phone connected either to the mobile data which is expensive or WiFi which is inexpensive and fast, problems that result in a disruption in using the internet is a massive issue. You won’t be able to access Instagram or the WiFi connection will be too weak to load all the photos, send messages on Facebook and WhatsApp, or upload a cute GIF or send an email, etc. After noting down most of the WiFi problems ranging from disconnecting issue, slow internet, not connecting issues, I have devised an explicit guide on Mi Note 10 WiFi Problems and Fixes that you must go through. 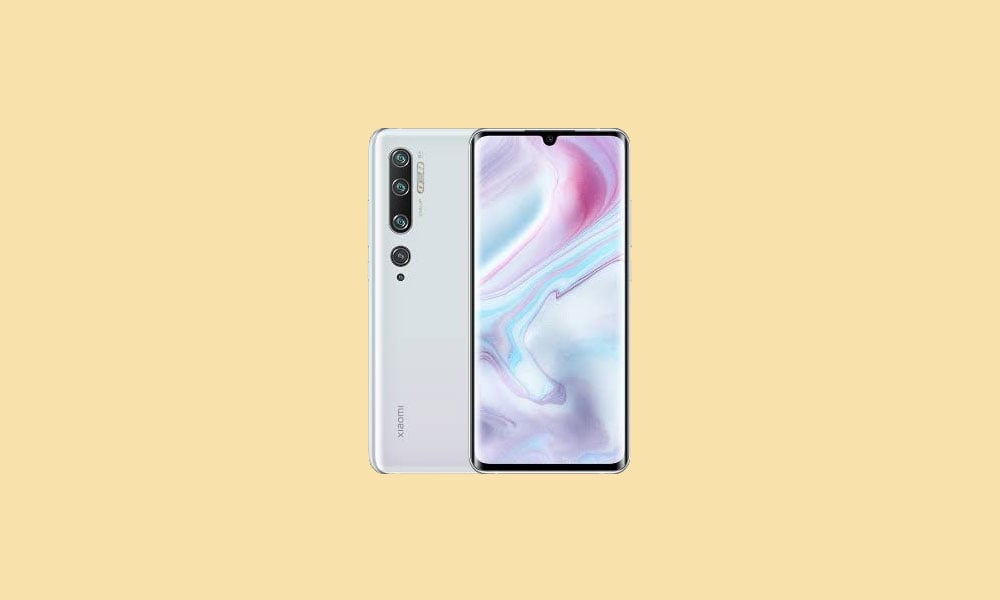 Xiaomi Mi Note 10 sports a 6.47-inch Full-HD+ curved OLED display. Under the hood, it’s powered by Qualcomm Snapdragon 730G chipset and has Adreno 618 graphics. The handset features 6GB of RAM and 128GB of internal storage. It features a single 32MP selfie camera on the front side with an f/2.0 aperture lens.

Did you try connecting to the WiFi? It is either straightaway connected and working properly in which case, here are some negative outcomes. It could be anything from unable to connect to the said WiFi, your Mi Note 10 is unable to find the WiFi network, you connected to the WiFi but the internet isn’t working, the WiFi signal is low or the internet is slow, or it could be that WiFi is disconnecting itself over and over again. These are just a handful of the WiFi problems that people encounter usually although there are many issues that we will tackle here in this extract. Before commencing with it, here’s are a few generic WiFi problems and fixes that must work well.

Note that this isn’t much of an ultimate step as you would lose all your data in this process if you haven’t obtained a backup beforehand. Resetting the device is also known as the mother of all fixes which means the Mi Note 10 WiFi problems that we are discussing here will probably go subjected to the fact that it must be a software issue if the user does a factory reset. Here’s how you can do it about.
Step 01: Turn off the phone.
Step 02: Press Power + Volume Up buttons together and hold it until step 03.
Step 03: When Mi logo pops up on the screen, let go the Power button only.
Step 04: You can release the volume up button when the recovery mode screen pops up.
Step 05: Select ‘Wipe Data >> Wipe All Data’ using the power button to confirm, volume buttons to navigate.
Step 06: Confirm the following and the phone must reset itself.

This problem is common wherein you connected to a WiFI network but unable to access the internet. Well, if you are using a laptop or desktop, you can detect if the internet is working or not simply by checking out the ‘Limited’ status under the WiFi network. When it comes to smartphones like Xiaomi Mi Note 10, an exclamation mark on the WiFi icon on the status bar must give the hint about it.

Another common issue with WiFi on Mi Note 10 is that the WiFi signal is weak. It could occur due to a number of reasons and here’s what you can do to fix it up.

If you are facing slow internet speeds on your Mi Note 10, here are a few common fixes that you can try.

I prescribed tens of methods to fix WiFi problems on Mi Note 10 but what if the problem is related to the hardware of your device? Well, if that’s the case, you need to take help from Xiaomi’s authorized service center to get it fixed.