Have you been on the lookout for a good app to take photos or videos with for your Android phone? If that’s the case, you will appreciate the following guide a lot! Read on to discover some of the best Google Camera alternatives that you can download on your Android device in 2020 for the best photo-taking experience!

Back in 2016, when Google first unveiled their Pixel lineup of phones, the thing that everyone was excited about was the cameras – or rather the single-lens camera set up in an age where most phones had 2 or 3 sensors. However, soon enough, Google proved to the world that it could do smartphone photography better than anyone else – all with a single camera at the back. While the actual hardware of the cameras in the Pixel phones are solid, the real reason why the photos are unparalleled even until today is all thanks to Google’s software magic. With the Pixel lineup of phones came an all-new Google Camera app, which soon became popular in the world of Android.

Almost every single phone in existence has some sort of a GCam or Google Camera port for it, and that just speaks volumes for how effective it is. People who have switched over to Google Camera on their non-Pixel phones have reported big-time improvements in the way the photos have turned out. Google Camera makes the most out of the hardware by bringing in powerful software processing that makes the photos look ten folds better. So if you have been let down by the stock camera app on your Android device, the logical step would be to load up Google Camera and take even better photos than before. 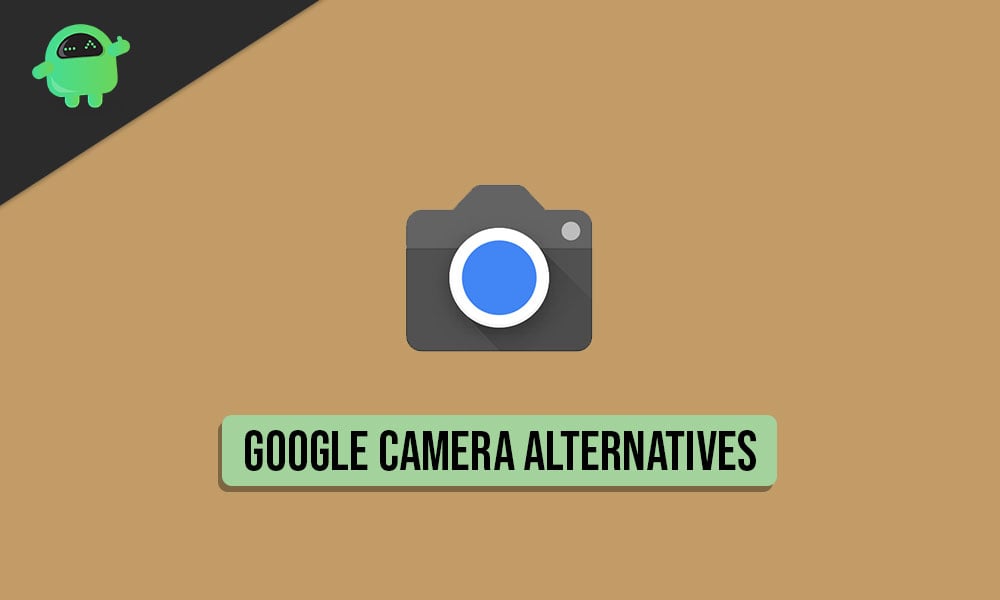 However, many phones still have versions of GCam that are usually very buggy and almost unusable in some cases. It is also pretty difficult for the layman to troubleshoot such issues since they oftentimes require a bit of prerequisite knowledge. If this is the case for your device, worry not since there are multiple other camera apps that provide a better experience than the stock camera app on your phone. So if you have wanted to check out some of the best Google Camera alternatives for your Android device, this is the right place. Sit back, relax, and enjoy the read!

Kicking the list off, we have one of the most powerful camera apps that is available for Android devices. It brings almost DSLR-like controls right in the palm of your hands. This is also the reason why we would only recommend Camera FV-5 to those who are experienced with using professional cameras since a lot of the settings might seem gibberish to normal users. While the interface is clunky and filled to the brim with toggles and buttons, avid photographers would actually prefer it this way.

You can change the tiniest bit of details, including the shutter speed, aperture, and even manually control the focus. The viewfinder gives you access to all the usual options and viewing modes that you will rather only find in DSLRs or mirrorless cameras. You gain access to a fully-fledged exposure bracketing mode, which makes it extremely easy for you to take the right kind of photos in all sorts of lighting. The only con with the app is the fact that it is paid. There is, however, a free version that you can use instead. You can download the latest version of Camera FV-5 for your Android device by following the link to its Google Play Store page below:

While VSCO might be famous for its insane levels of photo editing and unique filters that it has to offer, what many people don’t realize is that it also sports a very good camera. You can change the minute details while grabbing a photo, including the exposure, focus, aperture, and even the shutter speed. You can also play around with brightness and warmth before even taking a photo – making it much easier to edit as you please while also preserving all the details and avoiding crushed shadows or blown highlights.

After you take a photo that you are satisfied with, you can choose from the wide library of filters that VSCO has to offer. Now it is a given that to enjoy most of the filters, you will have to get a subscription, but even without one, you can still make your photos stand out using the manual photo editing experience. VSCO also has its own little community of avid photographers and photo editors that you might find intriguing. The user interface that VSCO brings with the app is also very minimal and well thought out. You can download the latest version of VSCO for your Android device by following the link to its Google Play Store page below:

The next app on our list of the best Google Camera alternatives is Open Camera. The number one reason why we recommend using Open Camera is the fact that it is completely free and always will be. It has all the features you can think about and even sports some which you might not be able to find in other camera apps. This includes being able to set a remote shutter to take a group picture or the auto-stabilize feature that gets you a better result at the end while compensating for the camera shake – even in phones without OIS (optical image stabilization).

While the user interface is something that we feel could see a major improvement in, you get access to all the traditional camera controls right at your fingertips. You can lock focus and exposure, change the shutter speed, aperture, and adjust the brightness and warmth before even taking a photo. There is a special noise reduction mode that is suitable for low-lit scenarios and even a dedicated, dynamic range mode that further increases the information that your smartphone’s camera can capture. There are a lot of features that you will find with Open Camera, and it is a must-try if you are looking for a compelling alternative to GCam. You can download the latest version of Open Camera for your Android device by following the link to its Google Play Store page below:

Up next on our list is a camera app that most of the non-tech savvy people will appreciate the most. Camera MX brings the essential camera features to your device and lays them out neatly and properly. The UI is easily the best aspect of using Camera MX and also the fancy features it offers, such as filters. The images that you take using Camera MX turn out to be of good quality, and you also get to change the quality of the photos in the settings in case your phone is running low on storage. You can also take really good videos with this camera app and have the ability to pause a recording instead of having to completely stop it.

The essential camera features that we mentioned before include the usual pinch to zoom in or out gestures, the ability to mute the shutter sound to avoid embarrassing situations, being able to toggle the torch on or off and enabling the GPS to store the location in your photos. The other eye-catching features of Camera MX include live photos that bring the Apple-exclusive feature to Android users everywhere. There are tens and hundreds of filters and effects that you can use to further compliment the images you take as well. You can download the latest version of Camera MX for your Android device by following the link to its Google Play Store page below:

Ending our list of some of the best Google Camera alternatives, we have a fully professional-grade camera app that brings the best experience with it. ProCam X basically brings you the same level of control over your photos as Camera FV-5 but with a much better user interface and design. The reason why we didn’t just recommend this over Camera FV-5 or FV-5 Lite is simply due to the fact that it is paid with no alternative lite variant. However, if you do intend to pay for a camera app – this should be the one.

It gets you to access to all the DSLR-like controls right on your smartphone’s screen. You can change the exposure, brightness, aperture, shutter speed, and even play around with manual focus as much as you please. Having control over things like exposure bracketing and manual ISO will improve your photos taken during low-light scenarios by ten folds. You can even set a custom bit rate while shooting video to make the most out of your phone’s hardware. Other features include geotagging and an anti-shake feature, which mimics OIS really well. You can download the latest version of ProCam X for your Android device by following the link to its Google Play Store page below:

That’s all, folks! We hope you enjoyed our roundup of some of the best Google Camera alternatives for Android phones! Which one among the list is your favorite, and how many of these Google Camera alternatives have you already known or have been using? Know other good Android camera apps that you feel people might find interesting? Do let us know in the comments section below; we’d be delighted to hear from you guys!