Word games have a reputation for being extremely addictive. Wordle is undoubtedly the item on the list that people want the most right now. But when a game develops into a habit, predictability, and familiarity can show up uninvited. Absurdle game might be the solution if you want to play Wordle but with the unpredictable element included.

The basic mechanism must undergo a cunning twist to maintain a guessing game’s high level of interest among the players. Today, let’s discuss all of these game specialities, the rules, and some tricks that will make your gameplay a little easier.

What is Swiftle Game? How to Play the Taylor Swift Wordle/Heardle

What is Sedecordle Game and How to Play It?

What is Canuckle? How to Play It?

What Happen To Taylordle Game? Why Is it Discontinued? 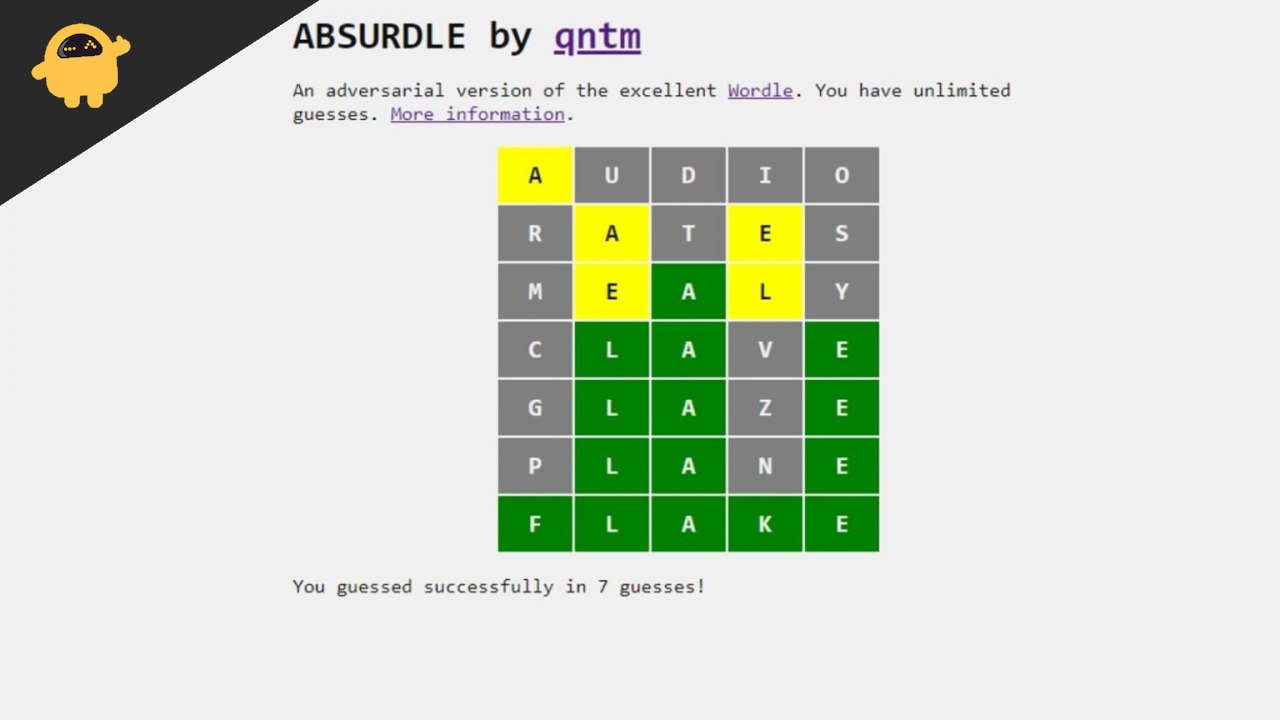 Absurdle Game Like Wordle: How to Play, Their Rules and Their Cheat

Absurdle is a Wordle version that is gaining popularity due to its unique gameplay and regulations. The algorithm chooses the mystery word of the day based on the words you submit as guesses rather than having it ready and waiting when you start the game.

When you play against a system that leads you on arbitrarily, you are required to engage in a drawn-out contest of wits and tenacity in which you must cast your line blindly into uncharted waters.

With each new guess you make, a new row with five columns is added to the initial blank row. Keep in mind that the system’s primary goal is to get you to give up. With each guess you make, it moves to the word pool with the greatest number of “approved” words in order to accomplish the goal. As a result, it’s very likely that all of your initial predictions will be “grey.”

Players who are too lazy to make their own guesses can click the random guess button at the bottom right of the virtual keyboard to have the computer choose five-letter words for each row at random. You can even carry on making “random guesses” indefinitely.

Once you have five different letters, you should have no trouble solving the puzzle. One of the arbitrary guesses might even win the grand prize if you’re extremely lucky.

How is Absurdle Played

The letters in the input guessed words serve as the feedback the game system uses to create a word pool of likely solutions. Each game starts with a blank slate for the game system. Your ability to force the system to reduce the word pool to the one you have narrowed down is the game’s central mechanic, but it is not as simple or as straightforward as it may sound.

Absurdle is about defying the odds. Therefore you must first establish the scene with a collection of easy-to-use letters. Like Wordle, the beginning involves striker words to remove extra letters from the table. On Absurdle, however, there is no mystery word in the game equation and no undesired letter at the start.

Focus on adding distinctive letters because the number of opportunities isn’t limited (without any special bias towards letters or words). No letter is repeated in the words entered in the screenshot below. However, none of the unique letters receives the system’s favorable response (a green or yellow highlight). 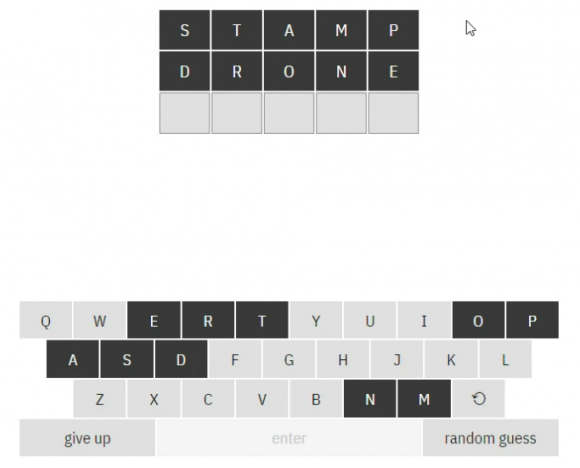 Don’t underestimate the game’s capacity to knock you off your feet along the road, though. One common technique is to focus on a word pool that contains more likely solution words than others.

For instance, in the screenshot above, the player was forced to fill in the blank with all eligible “initial letters” in the scenario.

When player has received consecutive greens on all letters in the word “blank-I-L-L-Y” but the first, Absurdle is designed with the purpose of frustrating players into submission; as a result, the system will use any available strategy to prolong the game.

It won’t be too unfair to peep into the system’s list of “likely” answer terms because the system is a trickster, right? If you agree with the idea, there is a simple way to cheat at Absurdle right on the game website.

Note that only players using the Google Chrome browser on a PC or desktop are able to use this trick.

It won’t be too unfair if you peep into the system’s list of “likely” answer terms because the system is a trickster itself, right? If you agree with the idea, there is a simple way to cheat at Absurdle right on the game website.

Note that only players using the Google Chrome browser on a PC or desktop are able to use this trick.

Press the F12 key or the shortcut Ctrl+Shift+I to launch the Developer Tools if you believe you have gained a thorough understanding of the letters that make up the “secret word.” (On Chrome, select Developer Tools from the list of additional tools by clicking the Ellipsis icon.)

You can see how the system filters the word pool based on the letters you type in the console. The system selects and allocates the largest pool to your subsequent guess for each guess. If you already know the majority of the letters, the system will be forced to reduce the pool size until it is the smallest possible. 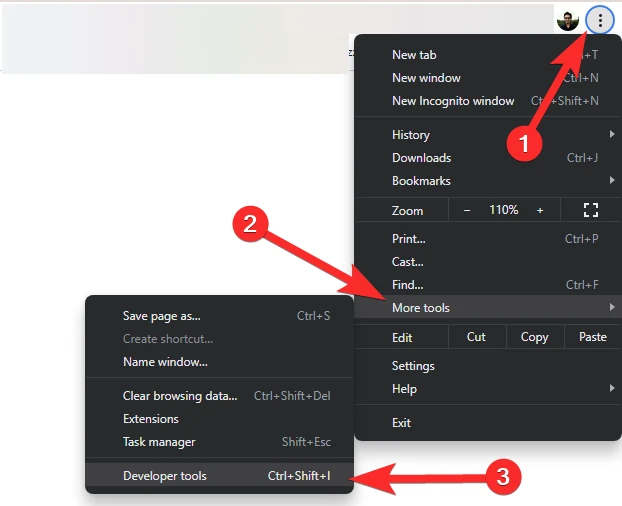 The system will look through 2,312 words to exclude all the words that contain the letters in the player’s first guess, “STAMP,” in order to choose a pool of 532 acceptable “solution words,” which can be analyzed using the played-out scenario in the screenshot above. Most of the time, it would choose the largest pool since absurdity runs to make you perspire.

It is wiser to utilize the trick after you have reduced the answer list because the longer the list, the more the system will attempt to prolong the game by forcing you to use every word on it.

It takes a while if played incorrectly, but the process of “pruning,” as described by qntm, continues until you are able to receive feedback on every letter on the keyboard.

Therefore, after you’ve determined that you’ve reached the stage of guessing where the usable letters and list of likely solution words are in your favour, you can look into the likely answers list to steal the answers directly from the system.

In the console, you can see that there are only 4 acceptable solution words at the given point in the game. At this point, the system might even declare three out of the four words wrong before announcing the last one as the correct word. However, Absurdle is all about your ability to drive the system to a corner like that.