Today Samsung has started seeding a new firmware update for Galaxy S7 (SK Telecom). The latest OTA comes with build number G930SKSU1DQD3 for Galaxy S7(SK Telecom). If you are running the Stock Nougat on Samsung Galaxy S7, then you will receive the notification anytime soon on your device. The update is sent via OTA (Over the air) to all Galaxy S7 in Phase wise manner.

The latest build G930SKSU1DQD3 comes with April Security Patch, fixes several bugs and improves the stability and performance of the device. Now you can enjoy the latest Android 7.0 Nougat for Galaxy S7 SM-G930S by following the below step by step guide to flash latest April Security Nougat ROM on Galaxy S7 G930S(SK Telecom). As of now, this is an incremental update with latest April patch for Galaxy S7(SK Telecom). So make sure to update to keep your device safe with April Security update which has patched a whole host of vulnerabilities in Android. (Recommended) 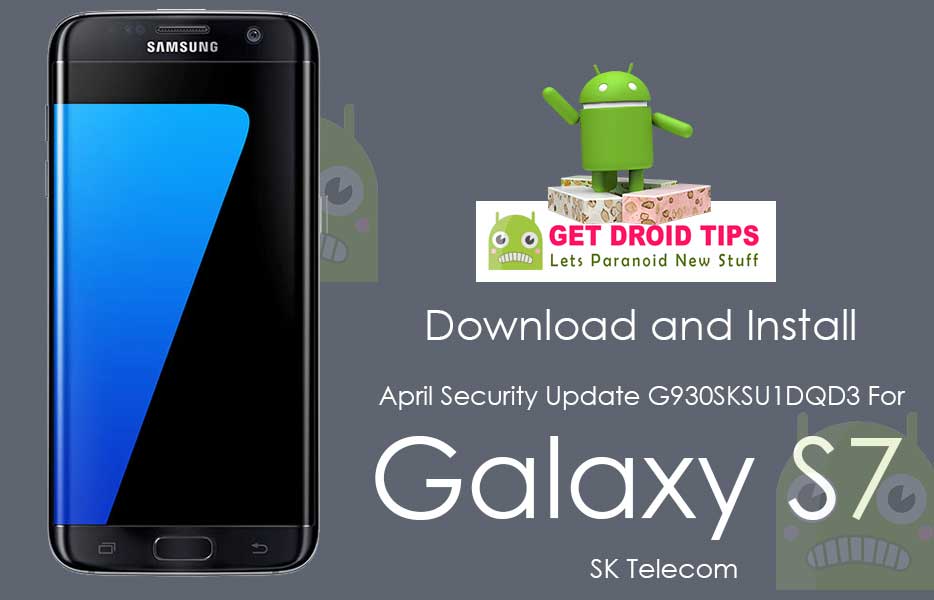 In our guide, you can either follow any of the three method to get G930SKSU1DQD3  Stock Nougat update on Galaxy S7 G930S. You can use OTA, Kies or even the ODIN to update G930SKSU1DQD3 firmware on Samsung Galaxy S7(SK Telecom).

If you have the update then press download and upgrade the OTA to Android 7.0 Nougat. If you didn’t receive and you still want the update, then don’t worry. You can Update Galaxy S7 to Android Nougat manually by following the below steps. So read the steps carefully to Update Galaxy S7 G930S to Nougat.

Yes, today i will guide you on How to Update Build G930SKSU1DQD3 based Nougat for Samsung Galaxy S7 (SK Telecom). Remember, Below guide is to update full OTA firmware file on Galaxy S7 G930S.